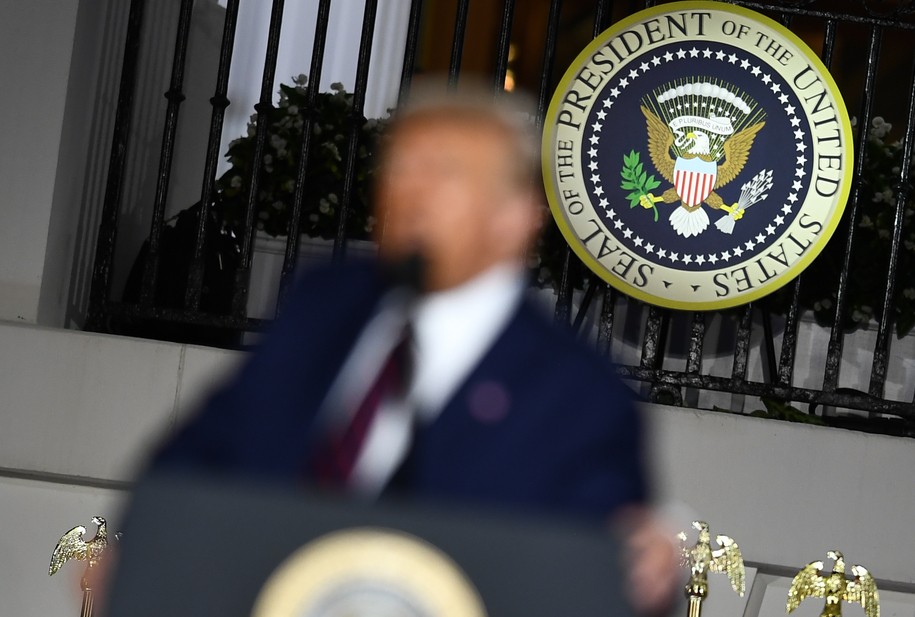 I think it might be helpful if I just did like a real, real quick speed-read auctioneer fact-check, just on some of the top lines so we can clear those out of the way.

This was more than an hour-long speech by the president. We think this is the second-longest acceptance speech ever given by an American president, topped only by the other one that he gave in 2016. There was a lot, and a lot of it was wrong—factually wrong. Just to be clear on a few things:

There are not any approved, effective, lifesaving therapies for coronavirus right now. There’s a lot of hope, but there is no proven efficacy for convalescent plasma, or for any other therapy, despite what the president said tonight.

When the president said tonight we have “pioneered” the fatality rate, he said that wrong—he was blundering there, but he might have been correct in that blunder.

Joe Biden does not support abortion at the time of birth.

It was Barack Obama who signed the Veterans Choice Act.

Our troops are not coming home. There are more U.S. troops overseas now than when he took office. He has not ended any of these wars that he supposedly vowed to end.

Joe Biden has not promised to abolish the production of energy in the United States.

Joe Biden will not bulldoze the suburbs.

Also, last but not least, the president said tonight for those of you who still drive, have you looked at your gasoline bill? Have you noticed how low it is? For those of us who do actually drive, you don’t get a bill for your gasoline! It’s not how it works. Nobody mails you a bill and says here’s what your—you pay for gas at a gas pump if you drive, and it’s—I just—it’s all—sorry.