Black State Legislators from Reconstruction to the Present

The modern Voting Rights movement can be traced to the 1944 decision of the US Supreme Court in Smith v. Allright to outlaw the White Primary in Texas.http://texaspolitics.utexas.edu/archive/html/vce/features/0503_01/smith.html .  This was a key decision argued by Thurgood Marshall. Prior to the Court’s ruling, the Democratic party in the South (Dixiecrats) was allowed to set its own internal rules. This meant that the outcome of the Democratic Primary determined the outcome of the election. Therefore, all white primaries meant that African Americans were effectively excluded from  political power.  http://books.google.com/books?id=npem7JszWfkC&pg=PA108&dq=smith+v+allright&num=8&client=internal-uds&cd=1&source=uds . As African Americans returning from fighting abroad in World War 11 began to advocate for more political representation, the white power structure (in the South) reacted to the ruling in Smith v. Allright  by adopting schemes to ensure that if a large number of African Americans entered the electorate, they would not have the ability to elect candidates of their choice.

COLORLINES – Texas’ Road To Victory in Its Decades Long Fight Against …

… the number of African Americans registered to vote after Smith v Allwright …discriminatory voting … poll tax, and no doubt Holder had Smith v …

A fully nourished NAACP legal team was needed in the years after Smith v. Allwright, …discriminatory voting … poll tax, and no doubt Holder had Smith v.

Black Victory: The Rise and Fall of the White Primary in Texas
Merline Pitre, published 2003, 296 pages

The 1982 amendments to the Section 2 of the Voting Right Act of 1965, followed by the US Supreme Court decision in the 1986 Thornburg v. Gingles case fundamentally changed the picture of Black office holding in the US.

In the South alone, the number of Black elected officials went from 1179 in 1973 to 4924 in 1993. The ability of jurisdictions to draw single-member districts in which African American voters were a majority (almost always forced to do so through litigation or enforcement of the amended Voting Right Act), allowed African American voters for the first time since#reconstruction to elect candidates of their choice. Between 1972 and 1992, the number of African Americans in Congress from the South went from zero to seventeen. The emergence of a large and nationwide Congressional Black Caucus is a direct result of the historical struggle for African American voting rights. The creation of majority black single member congressional districts following the vigorous enforcement of sections 2 and 5 of the Voting Rights Act is why today we have such a large number of African Americans in Congress(especially from the South).

The National Black Caucus of State legislators was founded in the late 1970’s by African Americans state legislators who felt excluded from  the National caucus of State legislators. While the number of African American state legislators who formed the Caucus was small at that time small, their ranks have expanded significantly since then.  This growth was no accident. It was a direct result of the continuing struggle of African Americans for political representation. In their scholarly article entitled, The Impact of the Voting Rights Act on Black Representation in Southern State Legislatures  http://www.socsci.uci.edu/~bgrofman/40%20Grofman-Handley-Impact%20of%20VRA%20on%20representation.pdf , authors Bernard Grofman and Lisa Handley document the reasons for the substantial rise in Black state legislators in the South between 1965 and 1985.  As was the case with congressional representation and representation at the city council and county commission levels, the increase in African American state legislators, according to Grofman and Handley, can be tied directly to enforcement of the Voting Rights Act of 1965. “This did not result from a larger number of Blacks being elected in white-dominated districts, but rather from the increase in the number of districts with a majority black population…The increase in the proportion of districts which had a black majority is largely the result of enforcement of the Voting Rights Act of 1965, which led to greater use of single-member districts and the elimination of districts that diluted the black vote.”

The Voting Rights Act was amended by Congress in 1982 to establish clear guidelines for determining  minority vote dilution under Section 2 of the VRA. The Supreme Court decision in 1986 applied the new vote dilution standards  in the Thornburg v. Gingles case (North Carolina) http://books.google.com/books?id=keSqqcf__fYC&pg=PA47&lpg=PA47&dq=thornburg+v+gingles&source=bl&ots=V0UXJT99C9&sig=QJQpjez8bO-bVLHxbmYfAqkAU-g&hl=en&sa=X&ei=6RB0VPOKDZGtyQS_tYGYAQ&ved=0CEcQ6AEwBjgK#v=onepage&q=thornburg%20v%20gingles&f=false and basically established as law that if a jurisdiction had enough African American voters in which a cohesive district could be drawn in which  those voters are the majority, if those voters are politically cohesive,  and if the white population votes as a bloc to defeat the candidates of choice of African American voters, then that jurisdiction had an obligation to draw such a district. In Gingles, as the case is commonly known among voting rights activists, the Supreme Court  sided unanimously with African American voters who had filed suit under Section 2 of the Voting Rights Act. http://www.justice.gov/crt/about/vot/sec_2/about_sec2.php  The Black voters had claimed that the redistricting plan created by the North Carolina General Assembly was discriminatory in that it created 7 new districts where Blacks would not be able to elect candidates of their choosing. “The Court found that “the legacy of official discrimination … acted in concert with the multimember districting scheme to impair the ability of … cohesive groups of black voters to participate equally in the political process and to elect candidates of their choice.”[1] The ruling invalidated districts of the North Carolina General Assembly and led to more single-member districts in state legislatures.”  http://en.wikipedia.org/wiki/Thornburg_v._Gingles Of course, that was then. And Thurgood Marshall was on the Court. Today, we have Clarence Thomas and Anthony Scalia.

National Black Caucus of State Legislators: NBCSL
http://www.nbcsl.org/
NBCSL’s mission is to develop research and training programs to enhance the effectiveness of our members, as they consider legislation and of public policy …

The Louisiana Legislative Black Caucus: Race and Representation in the …

We Have No Leaders: African Americans in the Post-Civil Rights Era
Robert C. Smith, published 1996, 396 pages

Enter your email address to subscribe to updates to this case. Below Argument Opinion Vote Author Term. Whose attorneys contribute to this blog in various capacities, is among counsel to the petitioners in this case.

NJ Legislative Black Caucus From Trenton To You.
From: Asw. Sheila Oliver With Guest: Maretta Hodges, The President of the EOFPANJ.

Legislative Black Caucus meets to protest possible limiting access to food stamps
About 30 people protested, arguing now is not the time to cut back assistance—just when Missourians are starting to get back on their feet.

Next black elected to the legislature after 1907 was Senator Leroy Johnson in 1962. In 1972 fourteen blacks were elected to the house and only two to the senate. The Supreme Court, in Gray v. Sanders (1963), eliminated the county unit system and required that Georgia follow the one-man, one-vote principle.

Illinois Legislative Black Caucus Chair Signs on As Co-Sponsor of Freedom to Marry Legislation – Illinois …
http://www.illinoisunites.org/news/illinois-legislative-black-caucus-chair-signs-on-as-co-sponsor-of-freedom-to-marry-legislation
CHICAGO – April 23, 2013 – As a final vote in the Illinois House of Representatives draws closer, the leader of the Illinois Legislative Black Caucus announced today his signing on as one of the chief co-sponsors of the Religious Freedom and Marriage Fairness Act.

Oklahoma Legislative Black Caucus Discuss State Questions – KSWO, Lawton, OK – Wichita Falls, TX – …
http://www.kswo.com/story/20000119/oklahoma-legislative-blaqck-caucus-discuss-state
Lawton, OKLa._Lawton residents had the chance to find out how a few state questions on Tuesday’s elections could impact them. It’s part of the Oklahoma Legislative Black Caucus‘ Conversation Tour, which has stopped in several cities across the state to educate the community on what’s at stake during this election.

Black State Legislators from Reconstruction to the Present

Black Legislators during Reconstruction. Original entry by. … and the Ku Klux Klan to “redeem” the state. One quarter of the black legislators were killed, …

Black legislators, past and present, celebrated in Atlanta exhibit – theGrio

Black legislators, past and present, celebrated in Atlanta exhibit

This includes the first black men, who were elected to the Georgia legislature in 1868, but were prohibited from assuming office because of their color. Newspaper article about Senator Leroy Johnson: the first African-American to serve in the Georgia Assembly since the Reconstruction, Photo Credit: Clyde Bradley.

The Black Experience – A Guide to African American Resources in the State Library and Archives …
http://www.floridamemory.com/collections/blackexperience/
This resource guide is intended to present an overview of the resources that are available for the study of African American history in the State Archives of Florida.

RECONSTRUCTION | The Handbook of Texas Online| Texas State …
http://www.tshaonline.org/handbook/online/articles/mzr01
… but one last step had to be taken to end legislative Reconstruction. … By the end of Reconstruction the state had about a dozen … involved the state’s black …

Black Reconstruction in America: Toward a History of the Part Which Black …
W. E. B. Du Bois, published 2013, 659 pages

The Louisiana Legislative Black Caucus: Race and Representation in the …
unknown, published 2011, 177 pages

“Black State Legislators: A Survey and Analysis of Black Leadership in State …

The Politics of Race: African Americans and the Political System
unknown, published 1995, 398 pages

The Moulin Rouge and Black Rights in Las Vegas: A History of the First …
Earnest N. Bracey, published 2008, 227 pages

The Louisiana Legislative Black Caucus: Race and Representation in the …
unknown, published 2011, 177 pages

Black Faces in the Mirror: African Americans and Their Representatives in …
unknown, published 2003, 213 pages

The Way it was in the South: The Black Experience in Georgia
Donald Lee Grant, published 1993, 624 pages 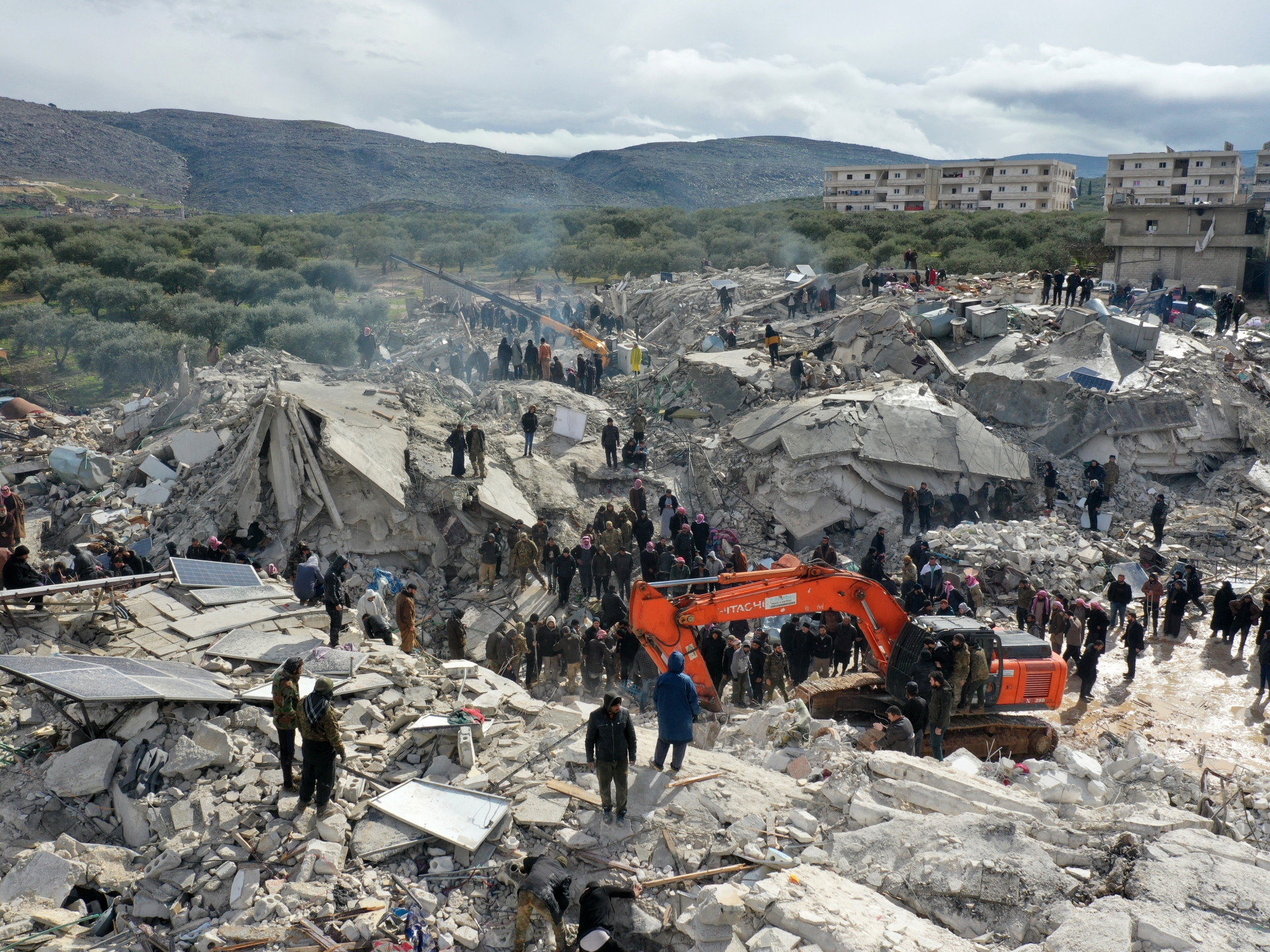 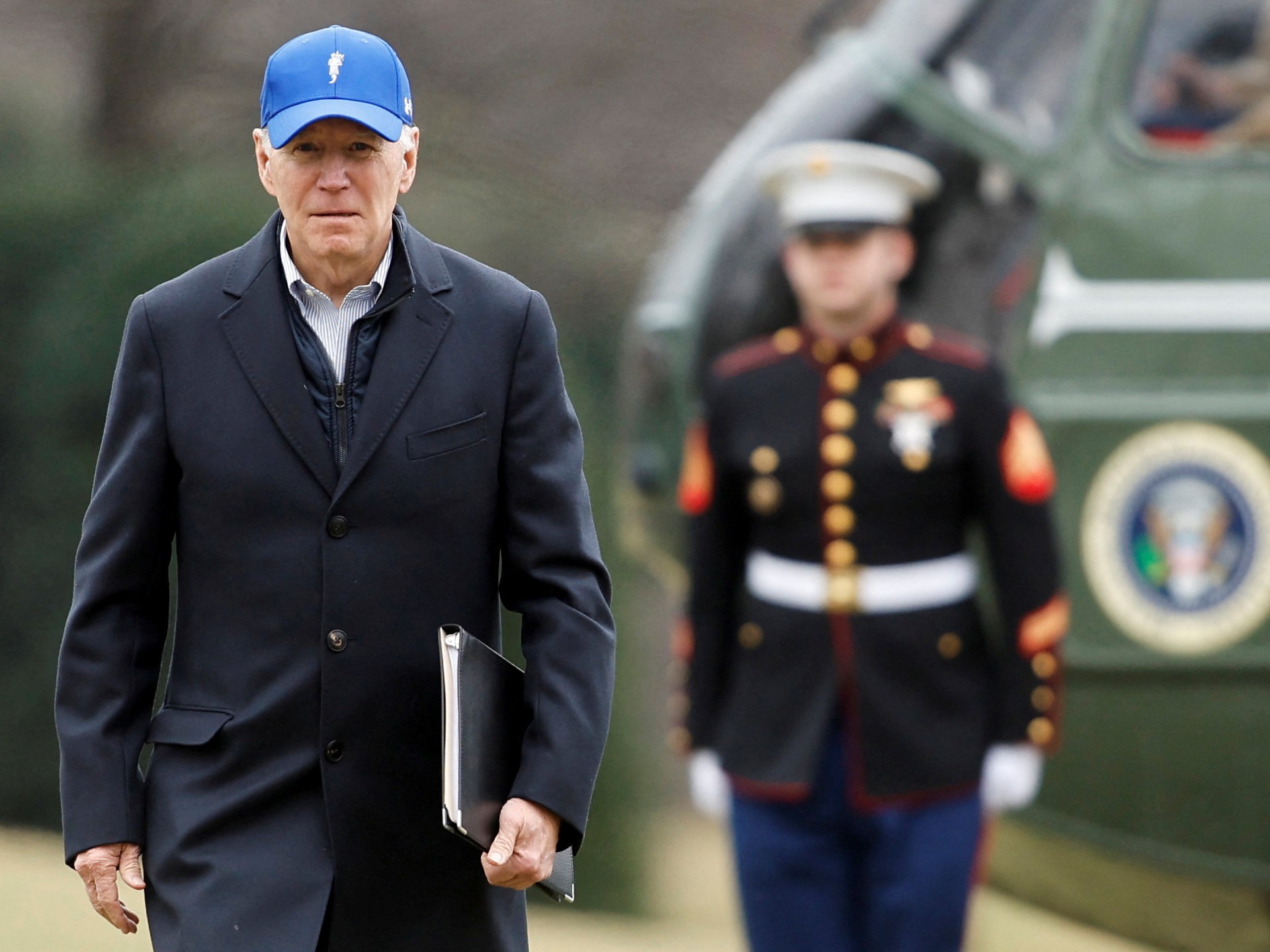 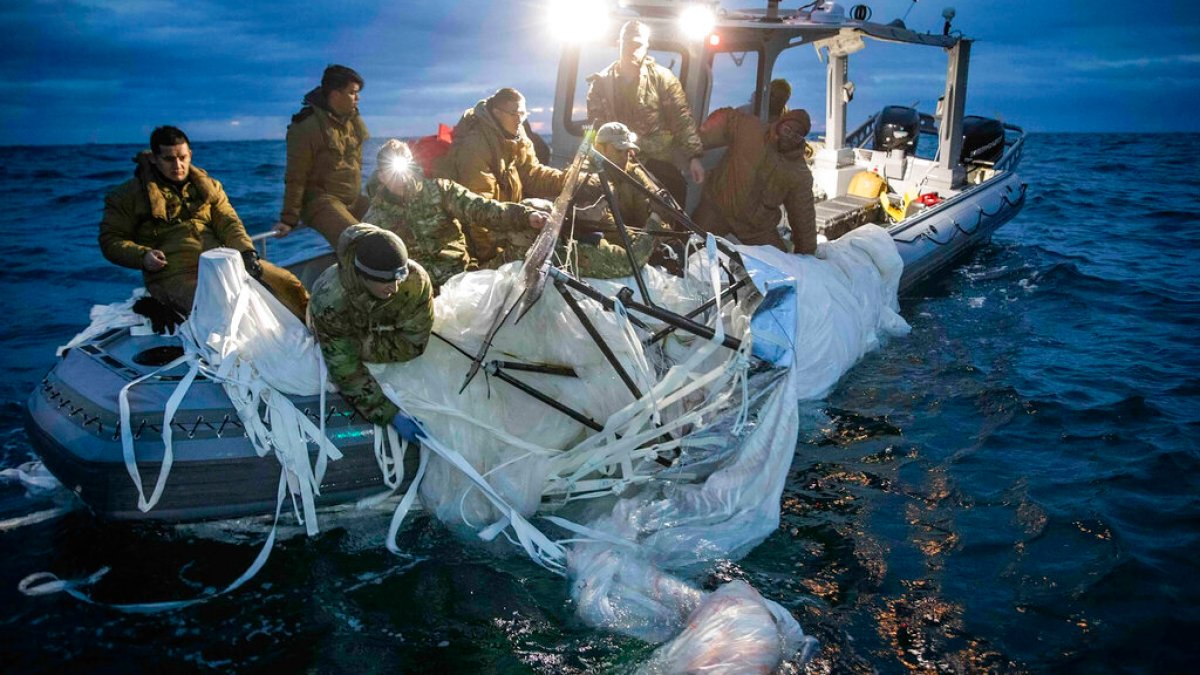 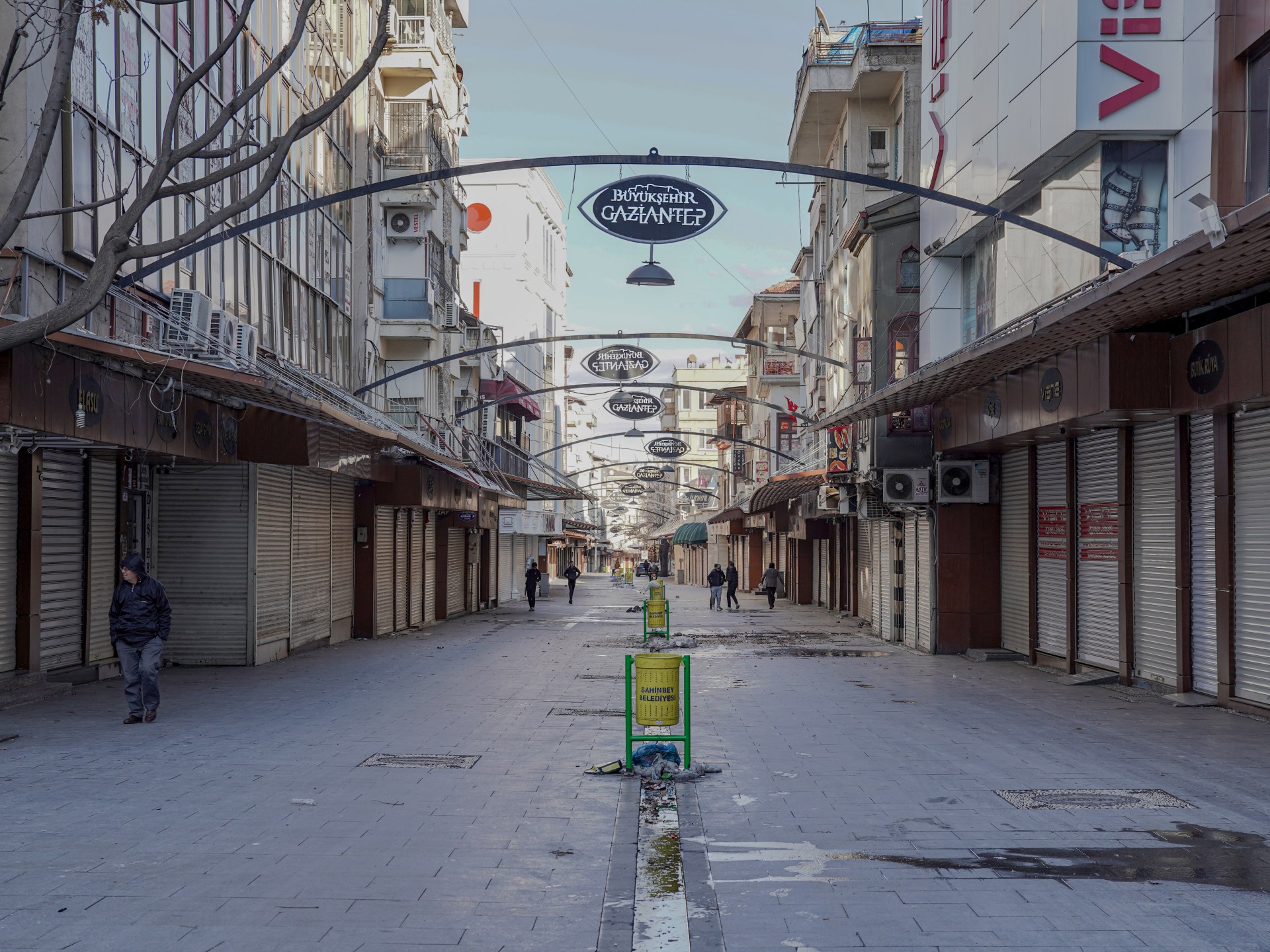 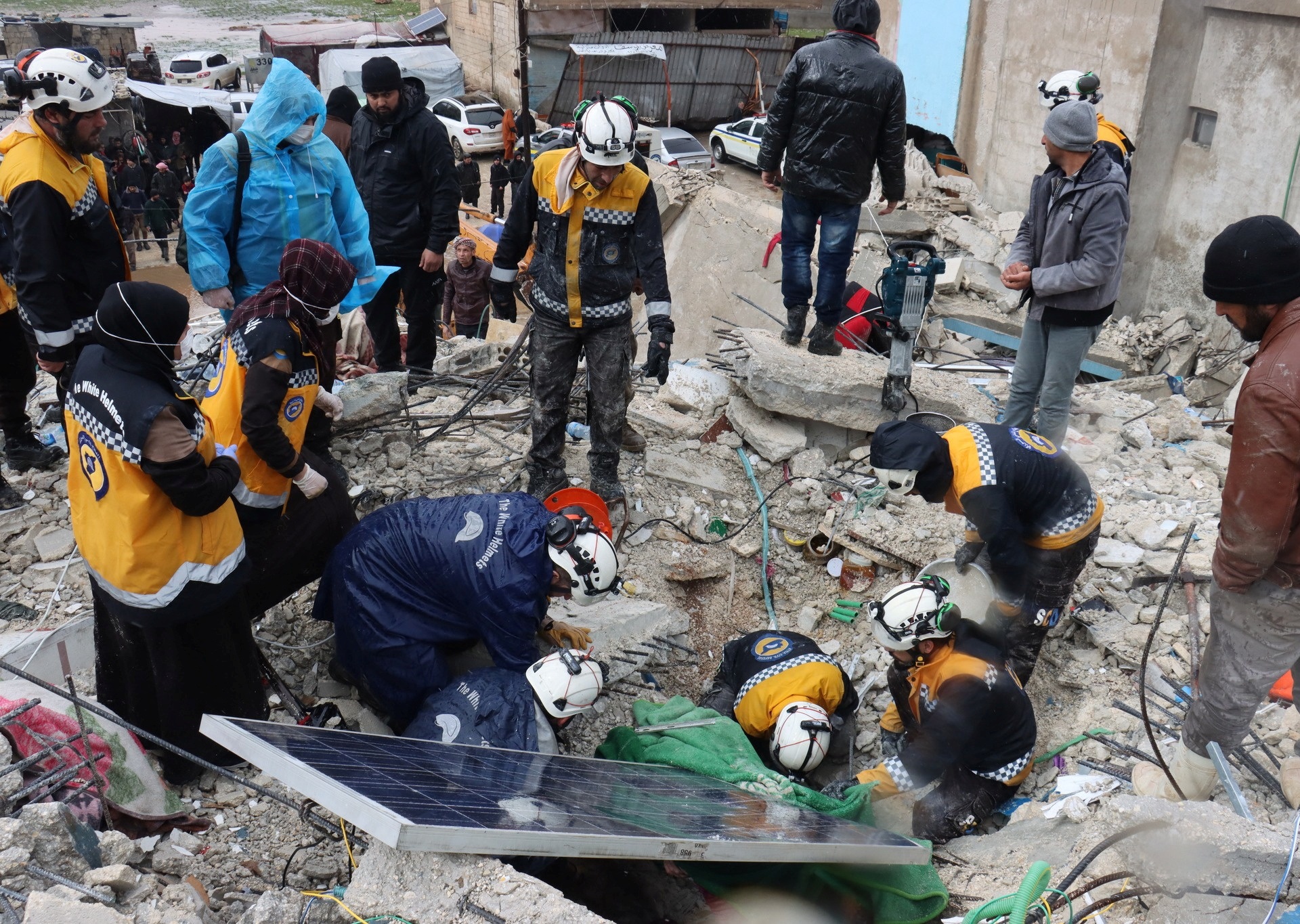 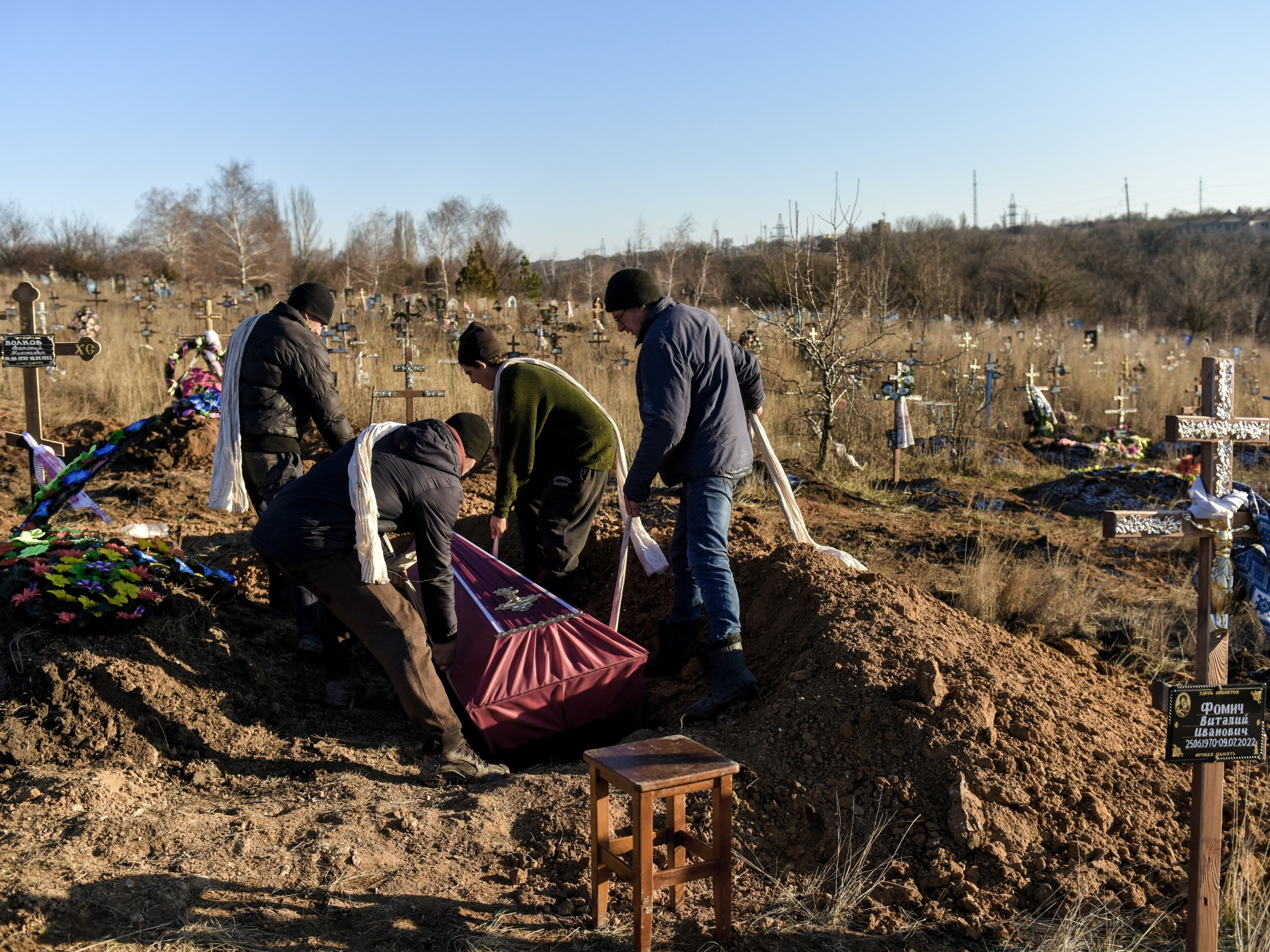 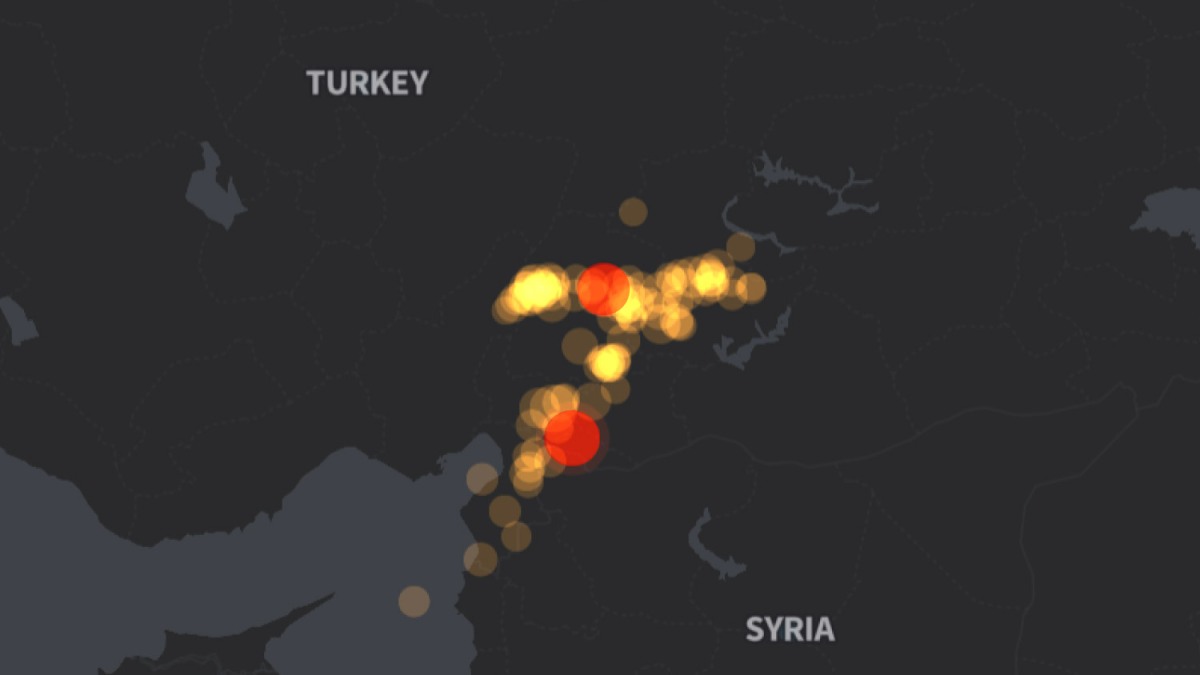 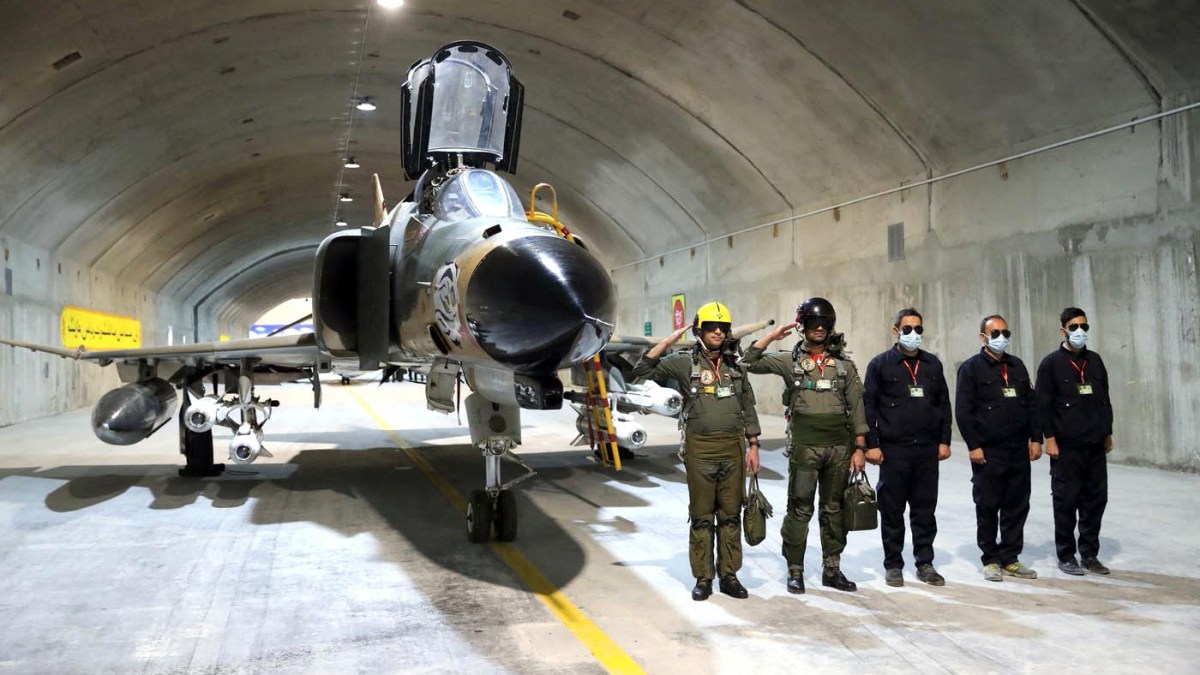 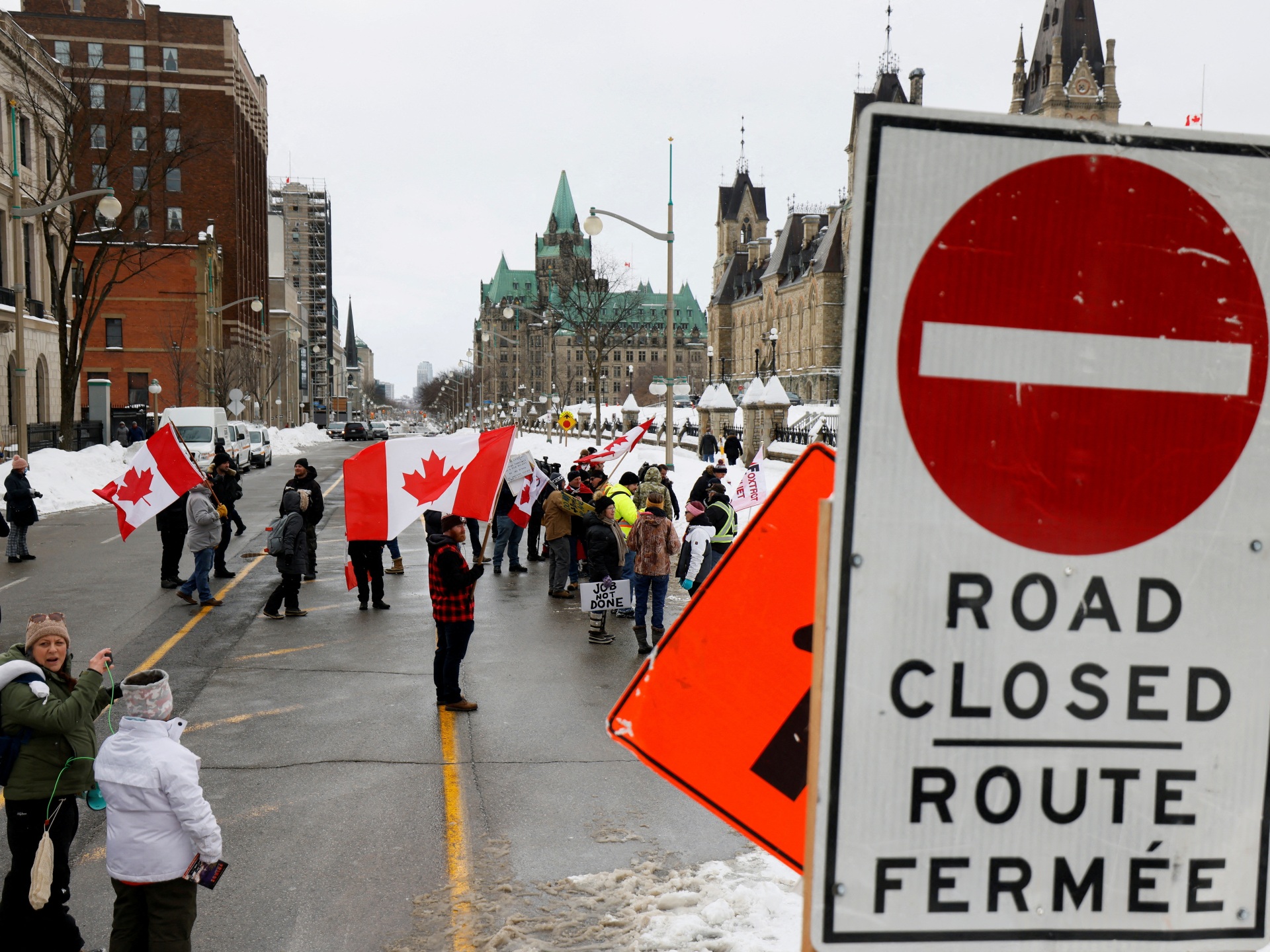 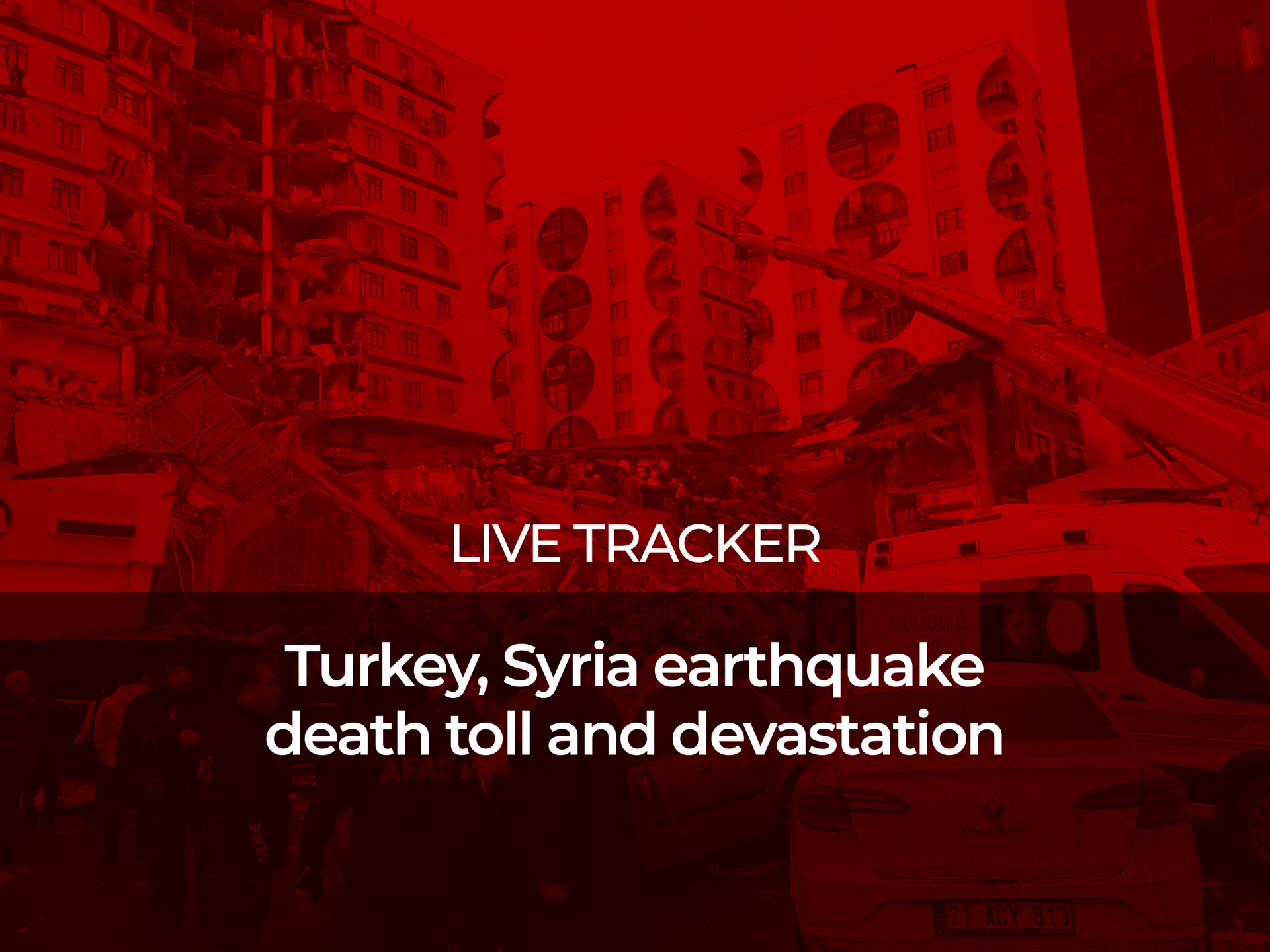 #1. Who was the first African American US Senator

#4. Who was the first chairman of SNCC?

#5. Where was the Black Panther Party first organized?

#6. Who founded the Nation of Islam?

#7. Who was the first black mayor of a Major US City? ? While Richard