At the time of her passing, at age 99 on May 2, 1997, Queen Mother Audley Moore held the distinction of being the longest-serving African American female activist in the movement for the liberation of African people in America. She was born as Audley, to Ella and St. Cry Moore, on July 27, 1898, in New Iberia, Louisiana. Her grandmother, Nora Henry, was born into slavery, the daughter of an African woman who was raped by her slave master who was a doctor. Her grandfather was lynched before his wife’s eyes leaving Nora Henry with five orphaned children of whom Ella Johnson, mother of Queen Mother Audley Moore, was the youngest. Ella, who died in 1904, often talked about how the police in and around New Orleans used to routinely round up Black men for vagrancy if they were just standing on a corner talking. She also told how the police would raid restaurants and arrest all the Black men only to return later and rape the Black women.

It was around age 15 that Moore made the decision to jump into the struggle that she saw going on around her. Her decision turned into a lifelong search for answers about how to change things.
Marcus Garvey moved to Harlem in 1916. By now a formidable public speaker, Garvey spoke across America. He urged African Americans to be proud of their race and return to Africa, their ancestral homeland and attracted hundreds of thousands. He also campaigned against lynching, Jim Crow laws, denial of Black voting rights, and racial discrimination.

Garvey’s dynamism caught the eyes and ears of Queen Mother Moore. She left Louisiana for Harlem during the Harlem Renaissance of the 1920s. She joined Garvey’s UNIA movement and became a leader until the movement’s collapse in 1927.

Queen Mother Audley Moore completed only the third grade of her formal education. Her struggles began between the tender age of twelve and fifteen fighting the advances of white men in the South. For seventy-seven years Queen Mother was an active participant in the struggle for the human rights and liberation of all African people throughout the world.

Mother, as she was affectionately called by close comrades, was a die-hard revolutionary Black nationalist and Pan Africanist. Her record of leadership and activism is staggering. She joined the Communist Party in 1933, because it rallied around the idea of self-determination for Blacks. At the time (during the 1930’s) when the Communist Party carried the mantle for the self-determination and liberation of African Americans, Queen Mother rose to become a member of the party’s Central Committee. In those years she worked closely with renowned cultural artists and activists like Paul Robeson and Lena Horne. She ran as a Communist for New York’s state assembly in 1938. She resigned from the Communist Party in disillusionment after they changed their position on self-determination of African Americans in the South’s Black Belt.

Queen Mother was a trailblazer, correctly educating many activists on self-identification, long before it was popularly acceptable to refer to Black people in the US as African Americans. Having worked very closely with her (even residing with her to keep a protective and watchful eye over her in her later years), I got to know her quite well. I recall her favorite saying. She would turn to me and say,

“Segundo, if a cat had kittens in the oven, would you call them biscuits?”

“Well, if an African has offspring in America, what are they? They’re still Africans. We’re nothing more than OVERSEAS AFRICANS.”

Paved the Way for use of  the term African American

Her point was irrefutable. African American activists close to Queen Mother routinely utilized the terms, ‘New African’ and African American long before Jesse Jackson played a critical role in the popular acceptance of those terms during his 1984 presidential run.

Negro is a State of Mind

Queen Mother had a powerful voice for speaking against the injustices suffered by Black people in the US. Among her other memorable quotes,

“They not only called us Negroes, they made us Negroes – things that don’t know where they came from and don’t even care that they don’t know. Negro is a state of mind, and they massacred our minds. ”

Another Queen Mother quote is that “The condition of Black people in the US can best be described as ‘Oppression-psycho-neurosis,” a term she coined. The treatment for that condition, she would say, is to join the Black Liberation Movement and struggle for your own freedom.

Queen Mother Audley Moore organized rent strikes against abusive landlords, came to the aid of domestic workers in New York City, and agitated for Black political representation, prisoner rights, and the integration of the armed forces.
Queen Mother Audley Moore was present when former South African president Nelson Mandela came to New York in the summer of 1990, and she was one of only five invited female speakers to address the historic Million Man March in October 1995. Queen Mother, or ‘Mother’, as those close to her, referred to her, organized on many fronts, from the great influenza epidemic of 1918 in Muscle Shoals, Alabama, where she worked as a volunteer nurse, to the United Nations, where she presented petitions in the 1950s charging genocide and demanding reparations for descendants of former slaves.

Queen Mother Audley Moore was an active leader and participant in many of the historical struggles which we have read about in history books, and many not written about as well. Among others, she was : 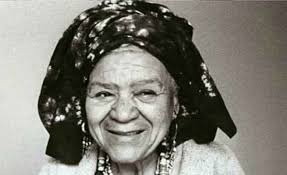 Curated from news one, other published material, personal knowledge, and biographical by Deloise Naewoaang Blakely who became a personal assistant to Queen Mother Audley Moore in her later years.

Reparations for slavery debate in the United States – Wikipedia, the …

African American topics … 1 U.S. historical context; 2 Proposals for reparations …. M.J. Divine, better known as Father Divine, was one of the earliest leaders to …

Originally from Jamaica, Marcus Garvey became a loyal leader of the Black … Garveyism would eventually inspire others, from the Nation of Islam to the Rastafari movement. … dedicated to promoting African-Americans and resettlement in Africa. … Senator Theodore Bilbo of Mississippi to promote a reparations scheme.

27, 2001 — The U.S. government’s first reparations plan to compensate African- Americans for the legacy of slavery was 40 acres and a mule apiece — that was …

Dec 14, 2010 … And African Americans are claiming reparations for the injuries of slavery and its aftermath. Our subject is the last of these demands for …

Reparations for slavery debate in the United States – Wikipedia, the …

In January of 1989, I first introduced the bill H.R. 40, Commission to Study Reparation Proposals for African Americans Act. I have re-introduced HR 40 every … 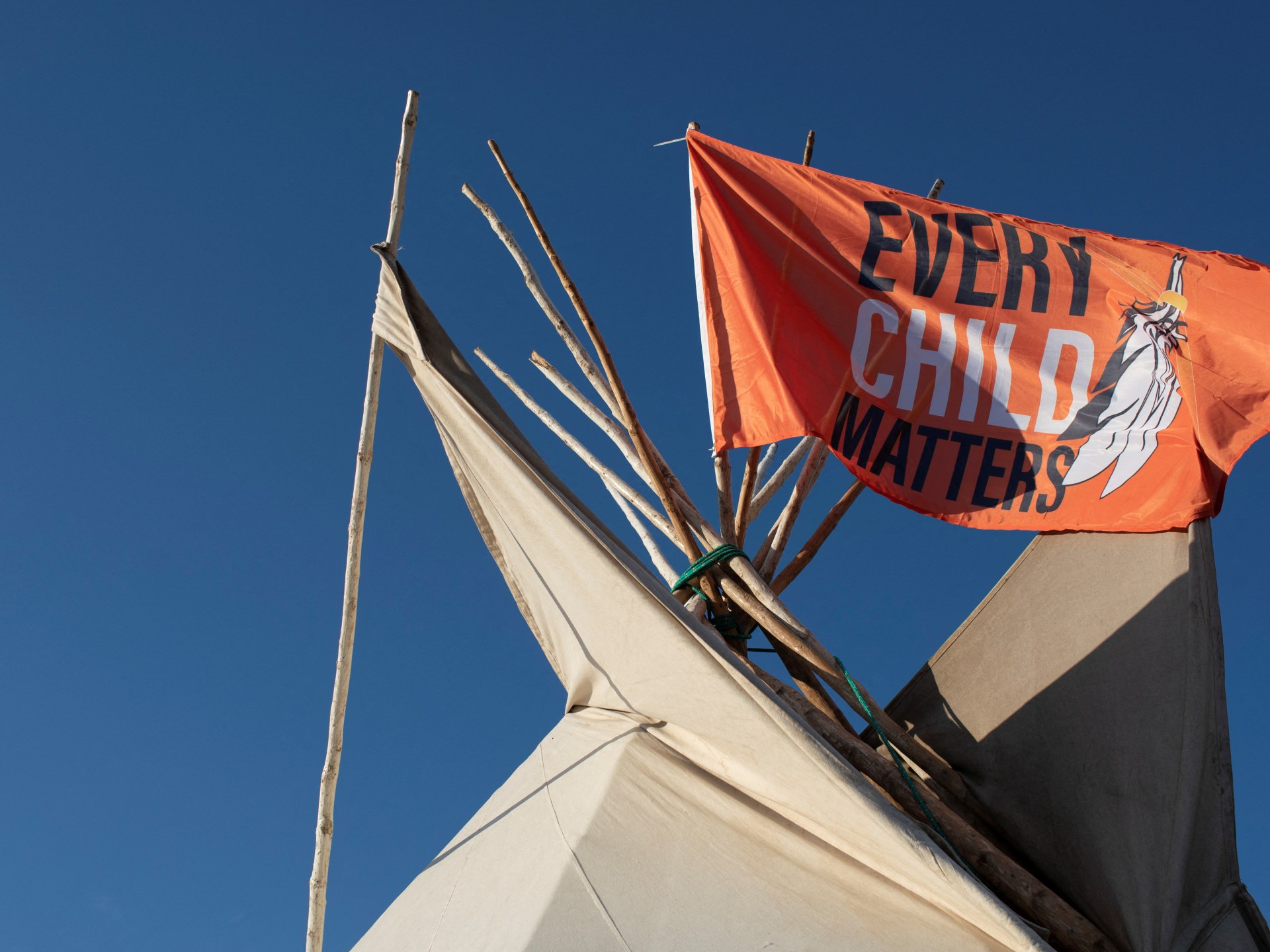 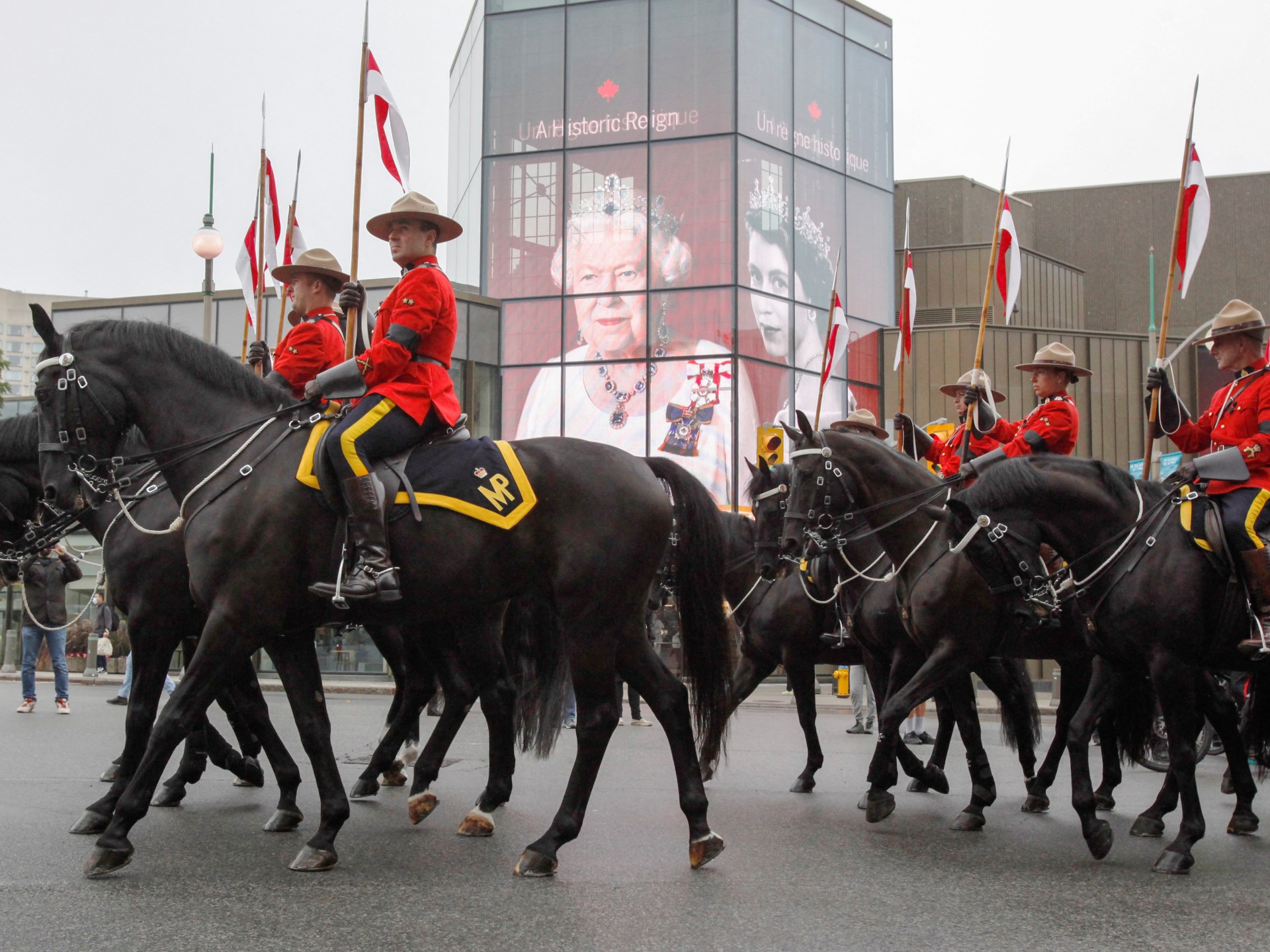 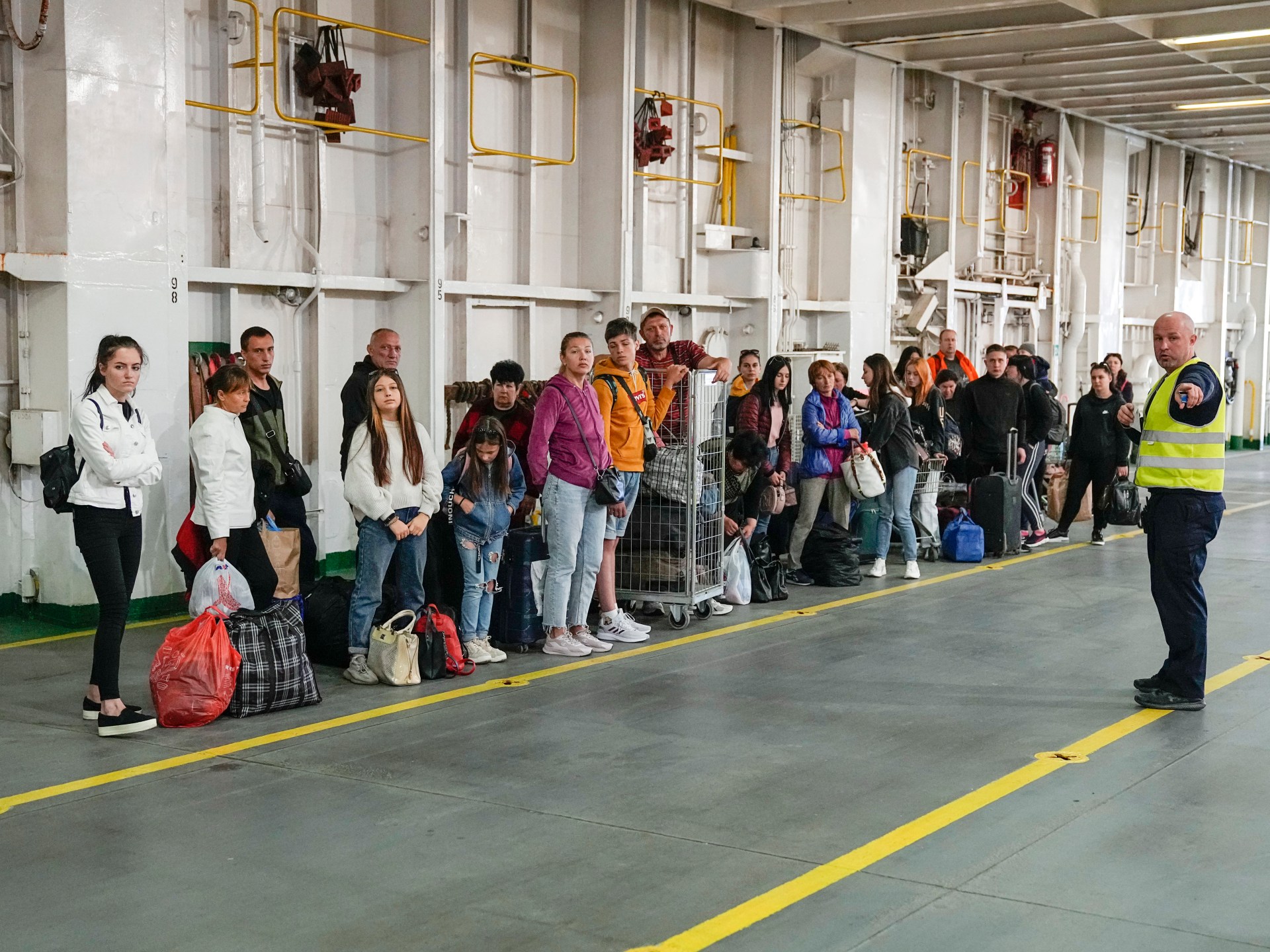 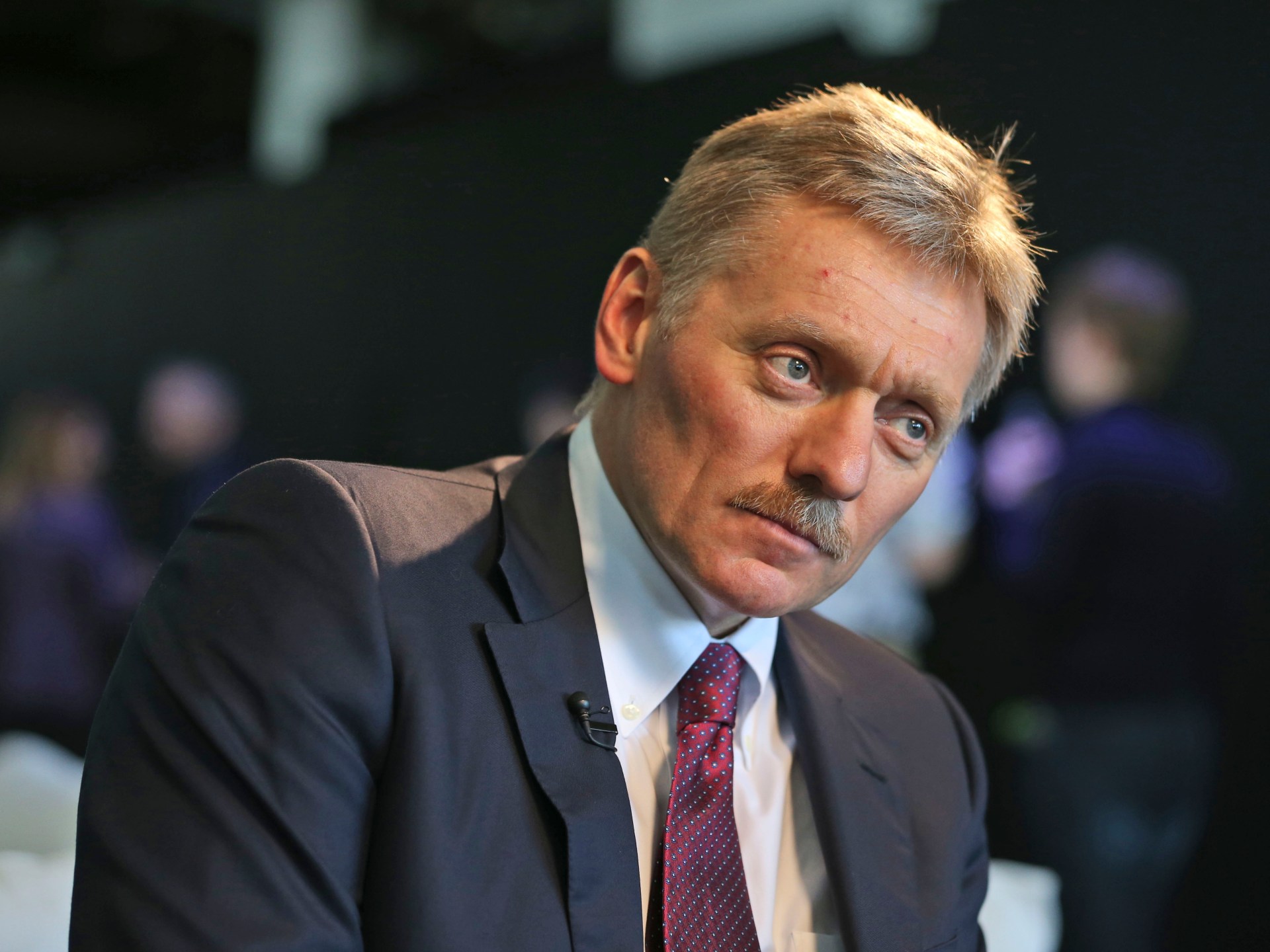 Russia tells UN that Ukraine is preparing to use a dirty bomb 25 Oct, 2022 | Al Jazeera English 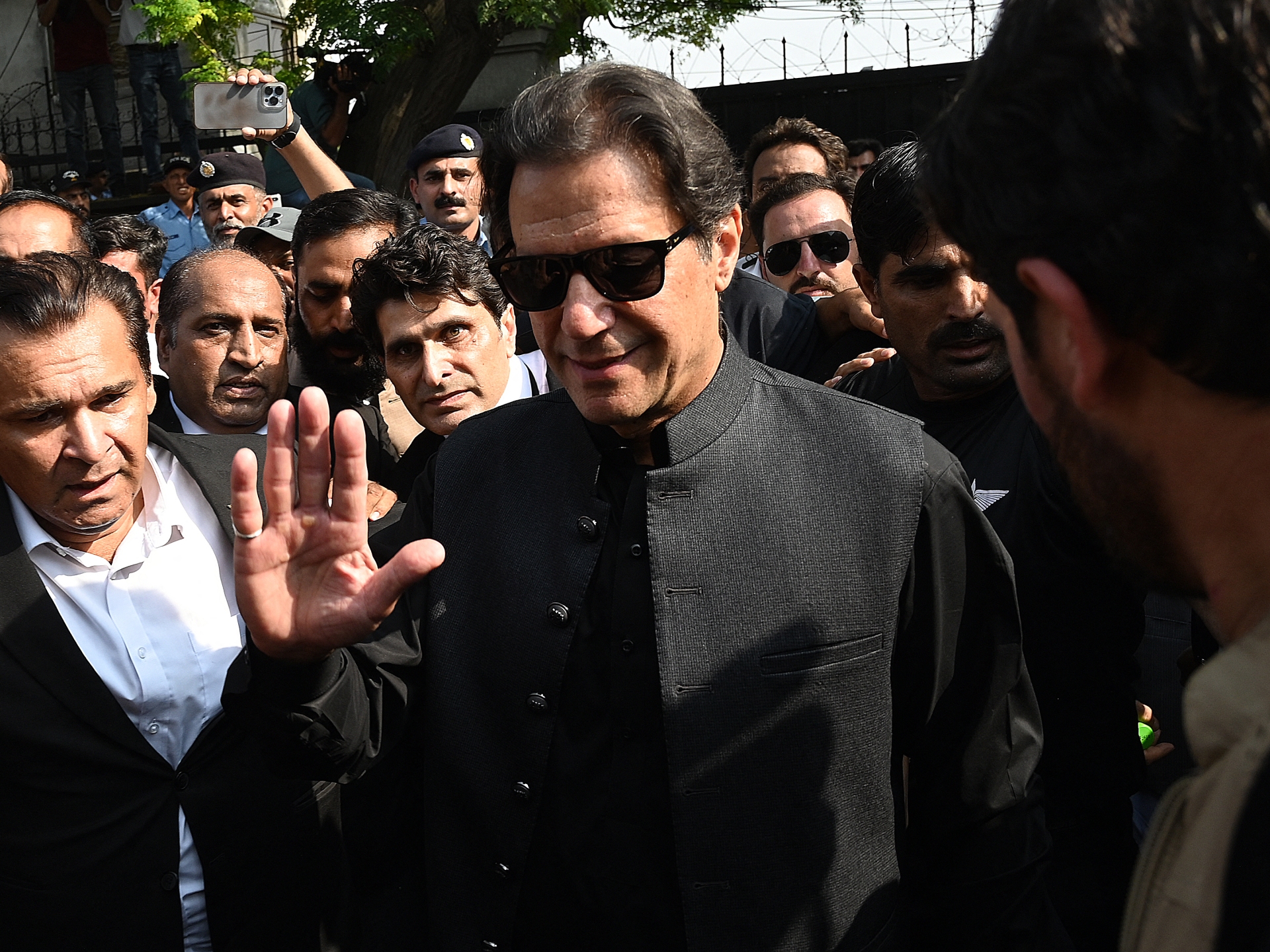 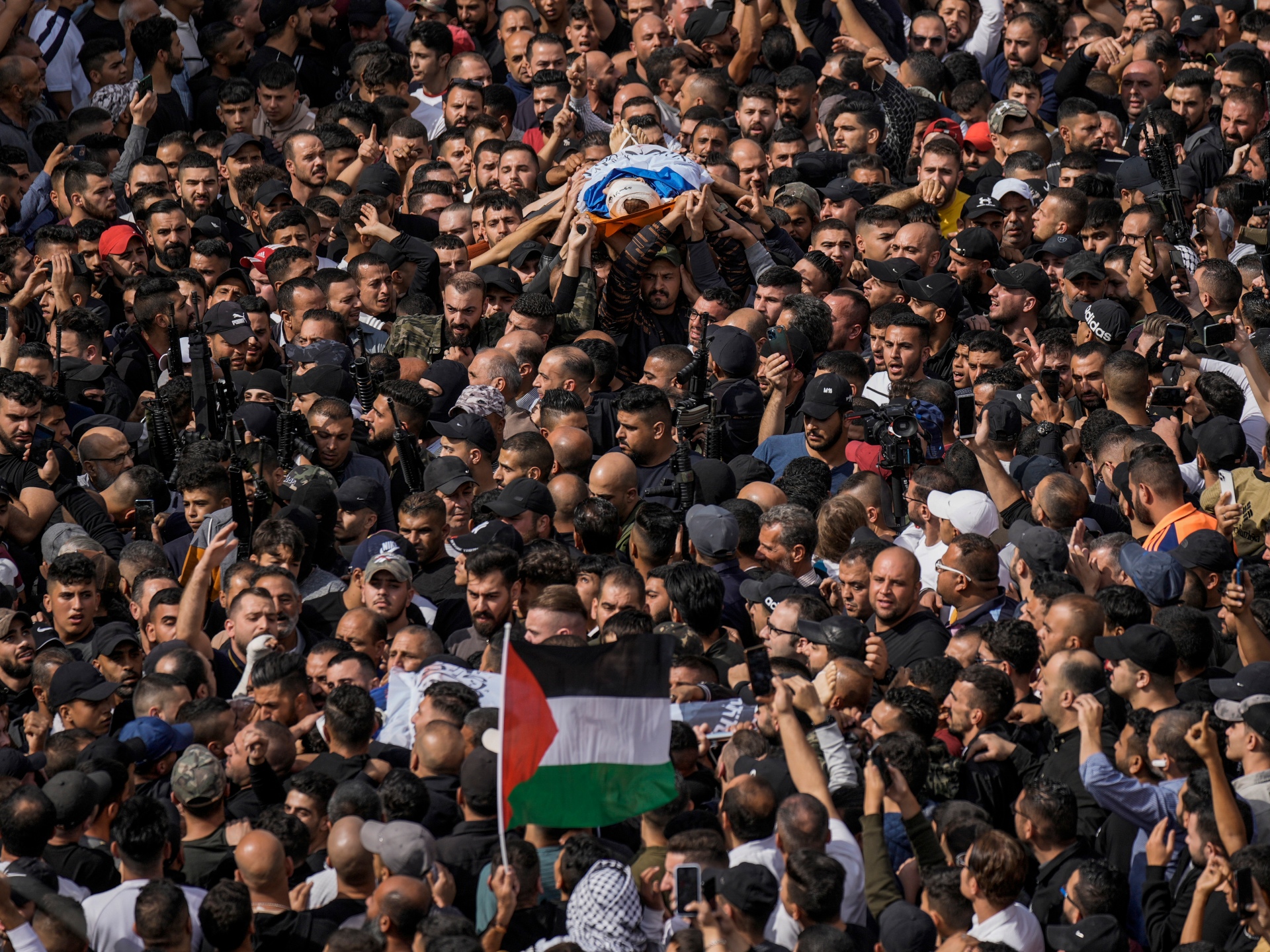 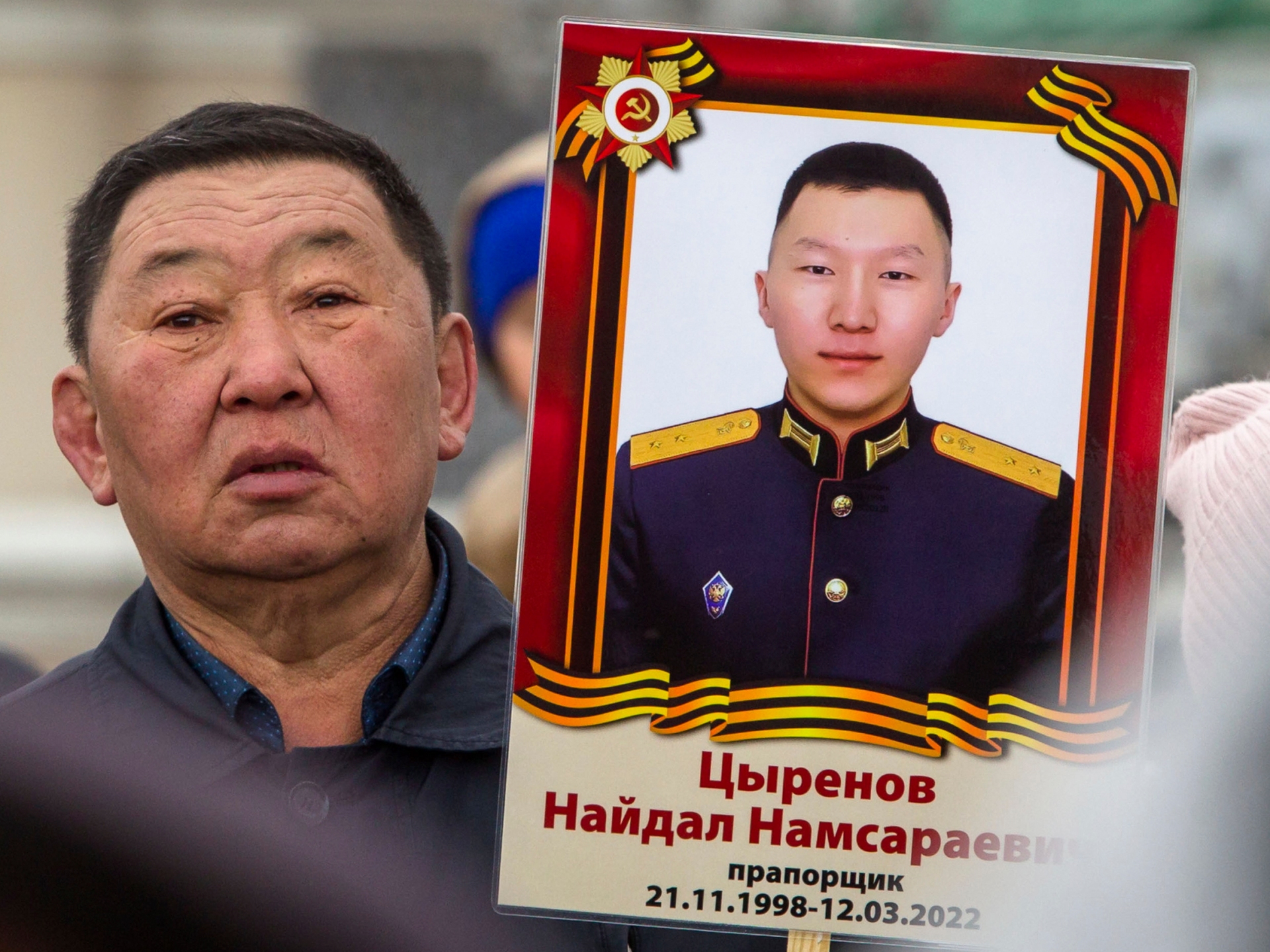 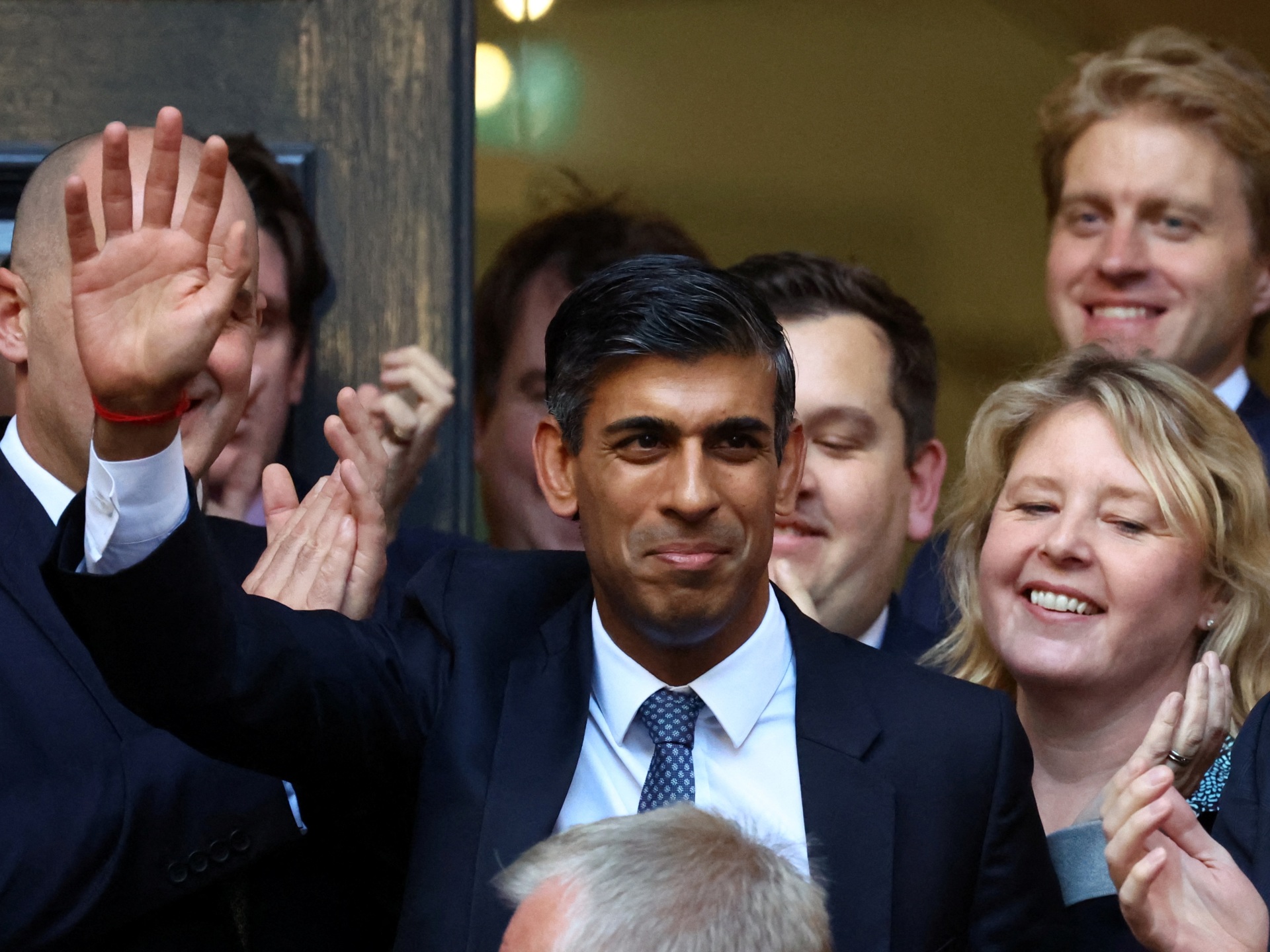 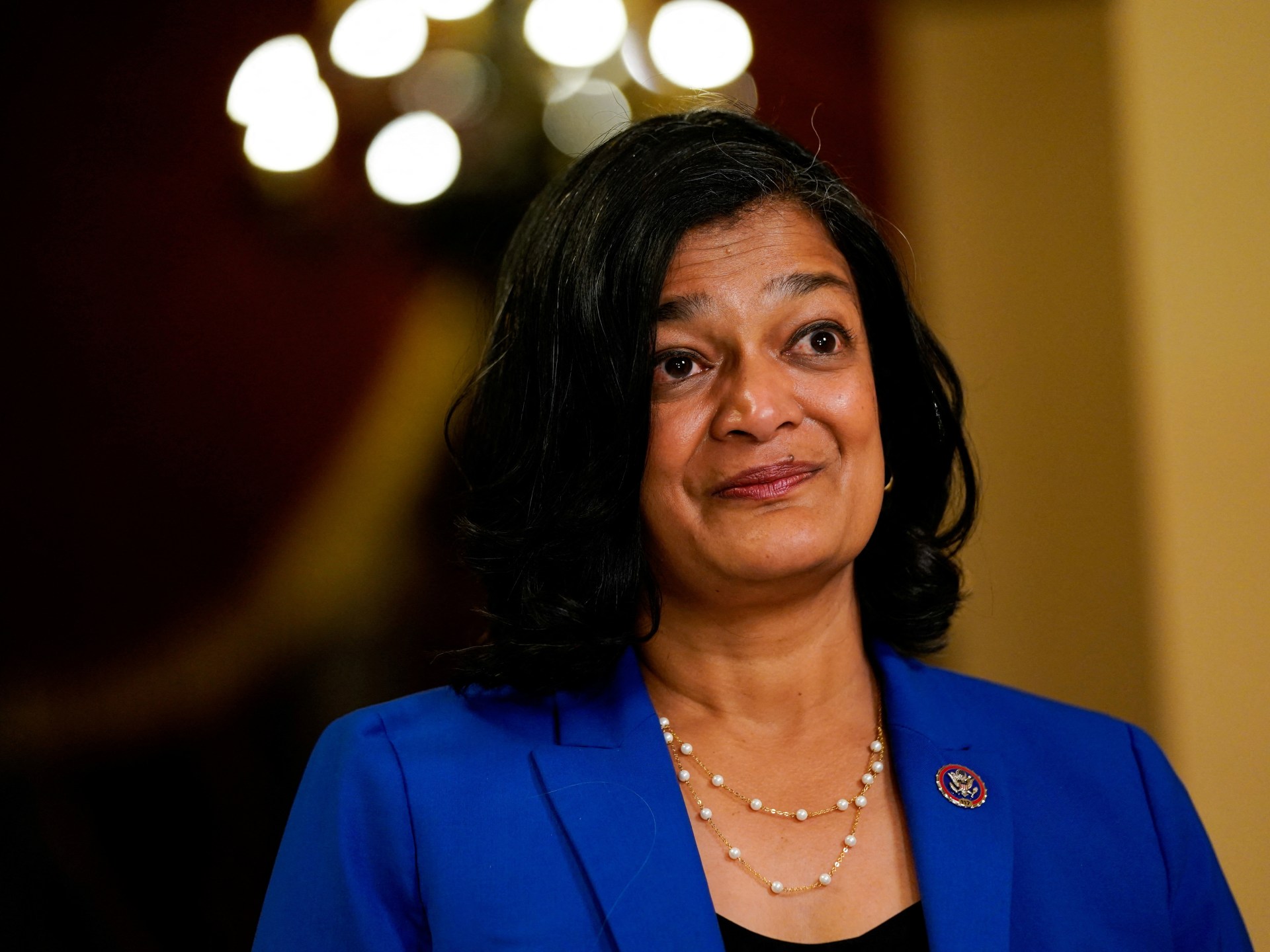 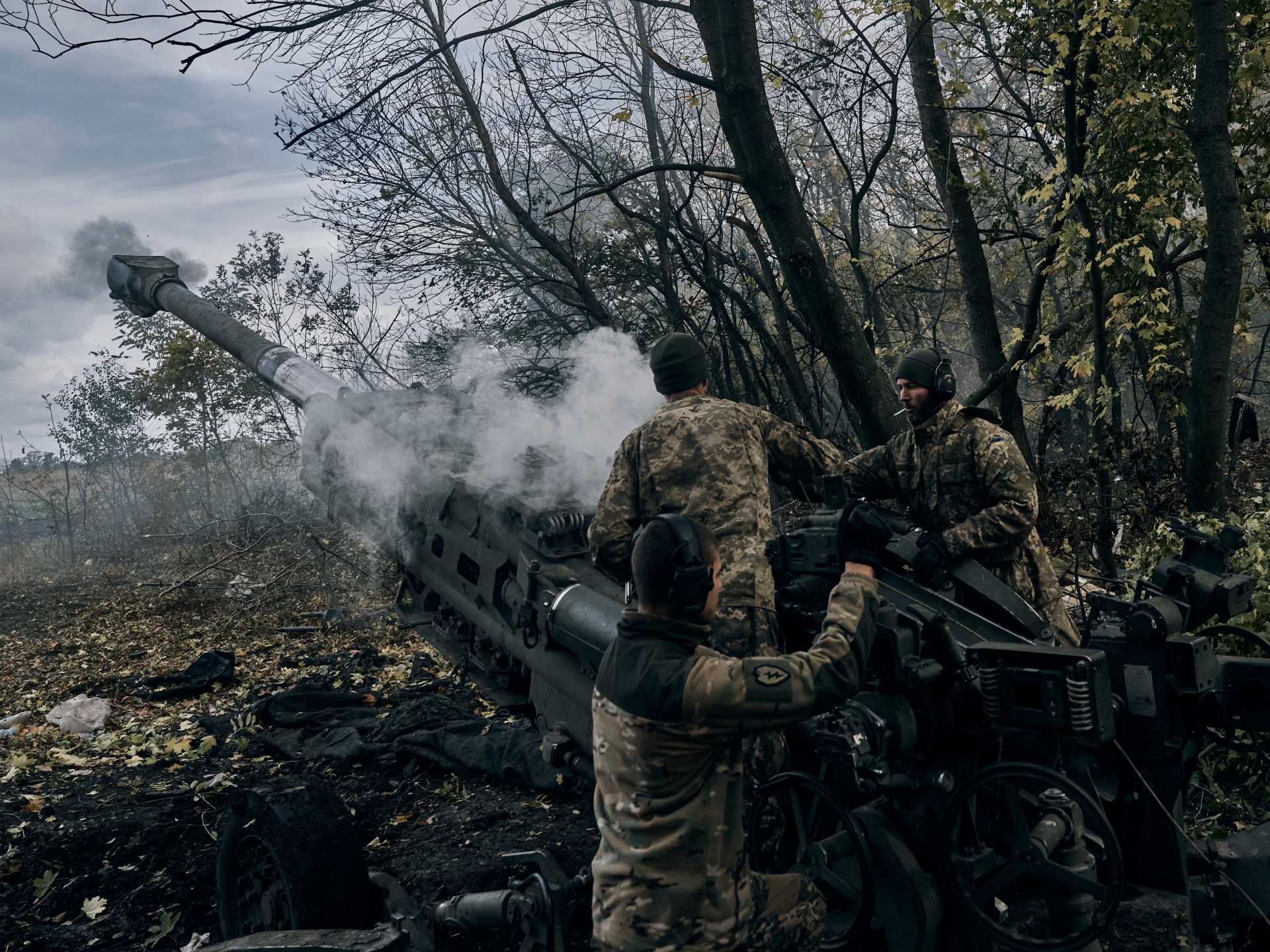 #2. Who was the first black mayor of a Major US City? ? While Richard

#3. Who was the first chairman of SNCC?

#5. Which is false about Martin Luther King Jr.?

#7. Who was the first African American US Senator