Shocking local television footage shows the moment part of a bridge collapsed as a reporter stood just a few feet away amid heavy rains in North Carolina on Thursday. During the newscast, reporter Amber Roberts, of a local Fox affiliate in Charlotte, was showing viewers a flood of running water underneath a bridge and damage to
Read More

South Carolina Republican lawmakers are backing Attorney General Bill Barr’s authorization of federal prosecutors to investigate “substantial allegations” of voter fraud in the 2020 election, according to a report. The 30 state House members said in a letter obtained Wednesday by The Associated Press that they “write with concern over the legitimacy of the 2020
Read More

Thom Tillis, the GOP senator from North Carolina, has won re-election after a nail-biting, days-long count, handing the Republican Party a major victory as it looks to hold onto control of the Senate. Democratic challenger Cal Cunningham called the incumbent on Tuesday, one week after Americans went to the polls, to concede the race. “I
Read More 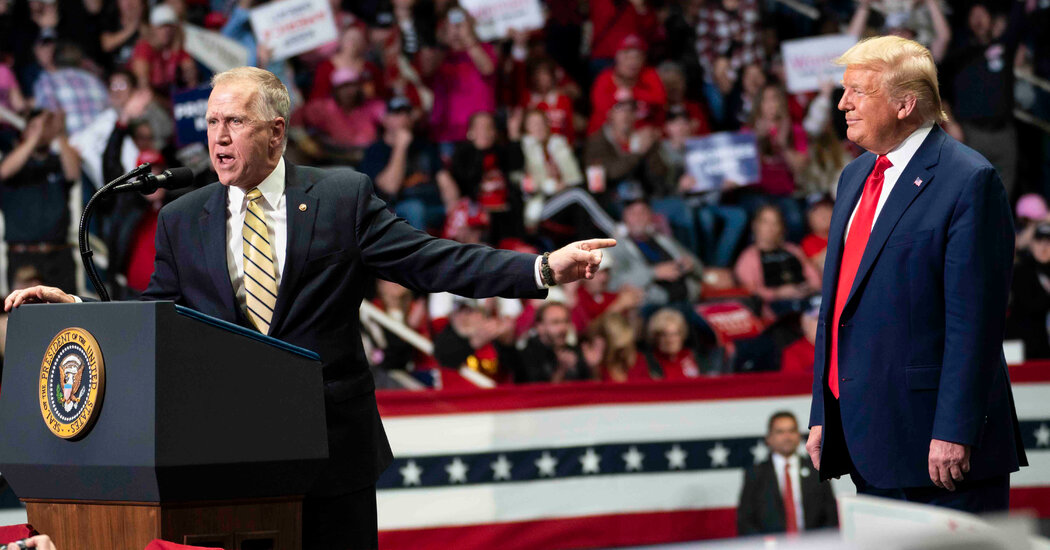 Not the Convention, or the Election, North Carolina Republicans Hoped For

“They say most people get more conservative as you age, but I’ve gotten more liberal,” said Cindy Strom, an educational consultant who lives in the Charlotte suburb of Mooresville after moving from Chicago four years ago.In a sense, Ms. Strom is like other recent transplants who are helping to transform the state’s political dynamics by
Read More

Mojo: Biden Finds His Confidence in South Carolina, But is it Too Late?

Joe Biden has hit his stride. After a stumbling start to the Democratic presidential contest, the former Vice President is heading into Saturday’s South Carolina primary loose, scrappy and running in front. Polls show him ahead, fundraising is suddenly coming easily, and his crowds are matching those of his rivals. The difference is showing in…
Read More

Confederate Statue in North Carolina Comes Down After 112 Years

U.S.|Confederate Statue in North Carolina Comes Down After 112 YearsThe statue’s removal came after months of “high emotions, division and even violence” in the small town of Pittsboro, a county official said.Workers loaded the monument onto a truck after it was removed from its place in front of the Chatham County Courthouse in Pittsboro, N.C.,…
Read More