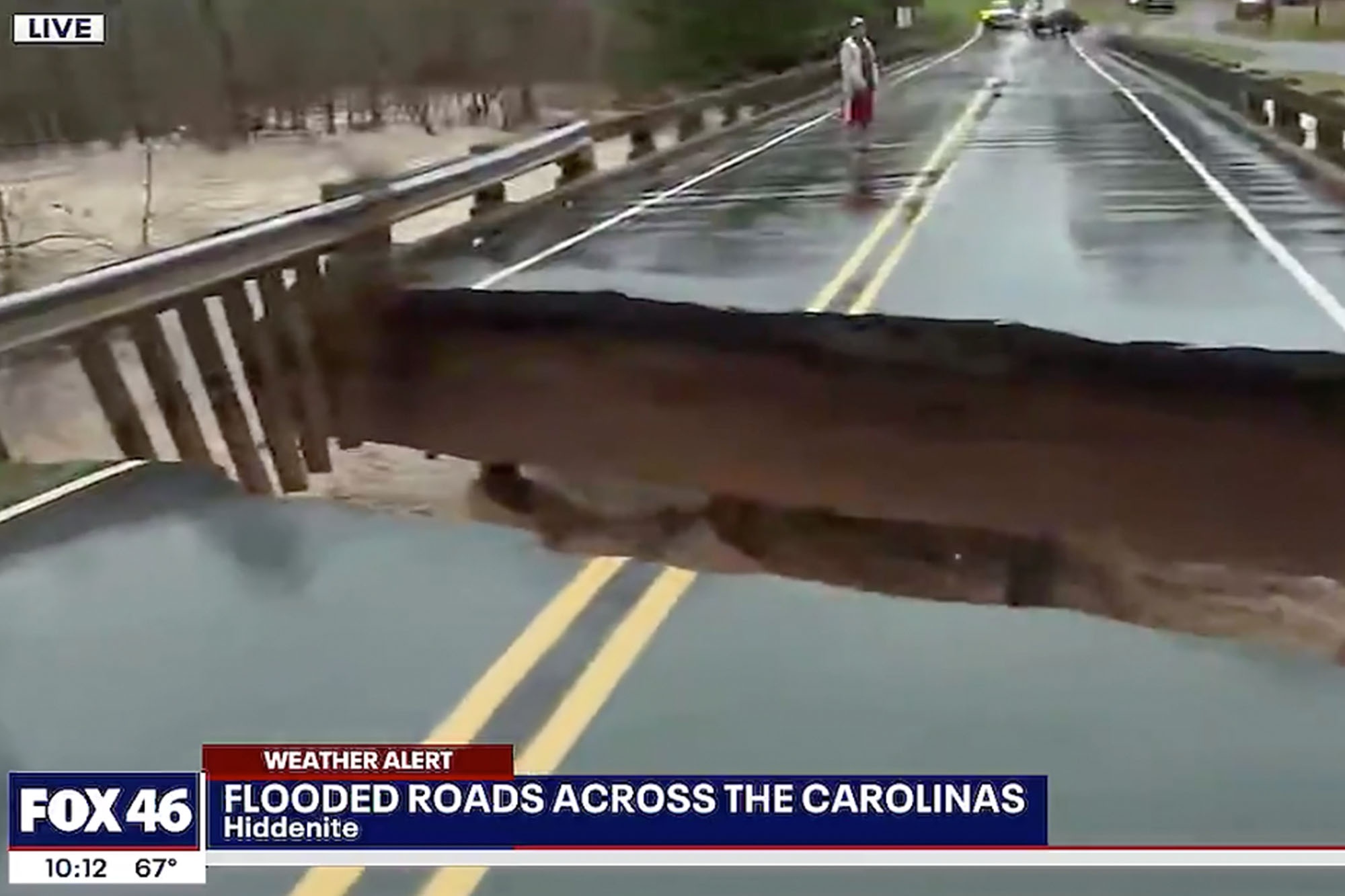 Shocking local television footage shows the moment part of a bridge collapsed as a reporter stood just a few feet away amid heavy rains in North Carolina on Thursday.

During the newscast, reporter Amber Roberts, of a local Fox affiliate in Charlotte, was showing viewers a flood of running water underneath a bridge and damage to the roadway in Alexander County, the footage shows.

Roberts knelt down and pointed to a section of the two-lane car bridge to show the roadway bowing amid the torrential storm, the footage shows.

“This bridge is literally sinking. Take a look at the ground, you can see it caving in,” she said.

Seconds later, the section of roadway collapses and falls into the water as Roberts screams in shock.

The region has been battered by heavy rains Thursday, but the weather is expected to improve and the downpours are forecasted to move out by Thursday evening, according to the station.

In a tweet after the ordeal, Roberts said she was thankful both her and her cameraman escaped the dangerous scene uninjured.

“I am SO #thankful me and my @FOX46News #photojournalist, @JonMonteFOX46 are okay. I’m sending #prayers up to the people of #Alexander #County impacted by today’s #flooding,” she wrote.

Tags:bridge, carolina, collapses, heavy, north
We use cookies on our website to give you the most relevant experience by remembering your preferences and repeat visits. By clicking “Accept All”, you consent to the use of ALL the cookies. However, you may visit "Cookie Settings" to provide a controlled consent.
Cookie SettingsAccept All
Manage consent