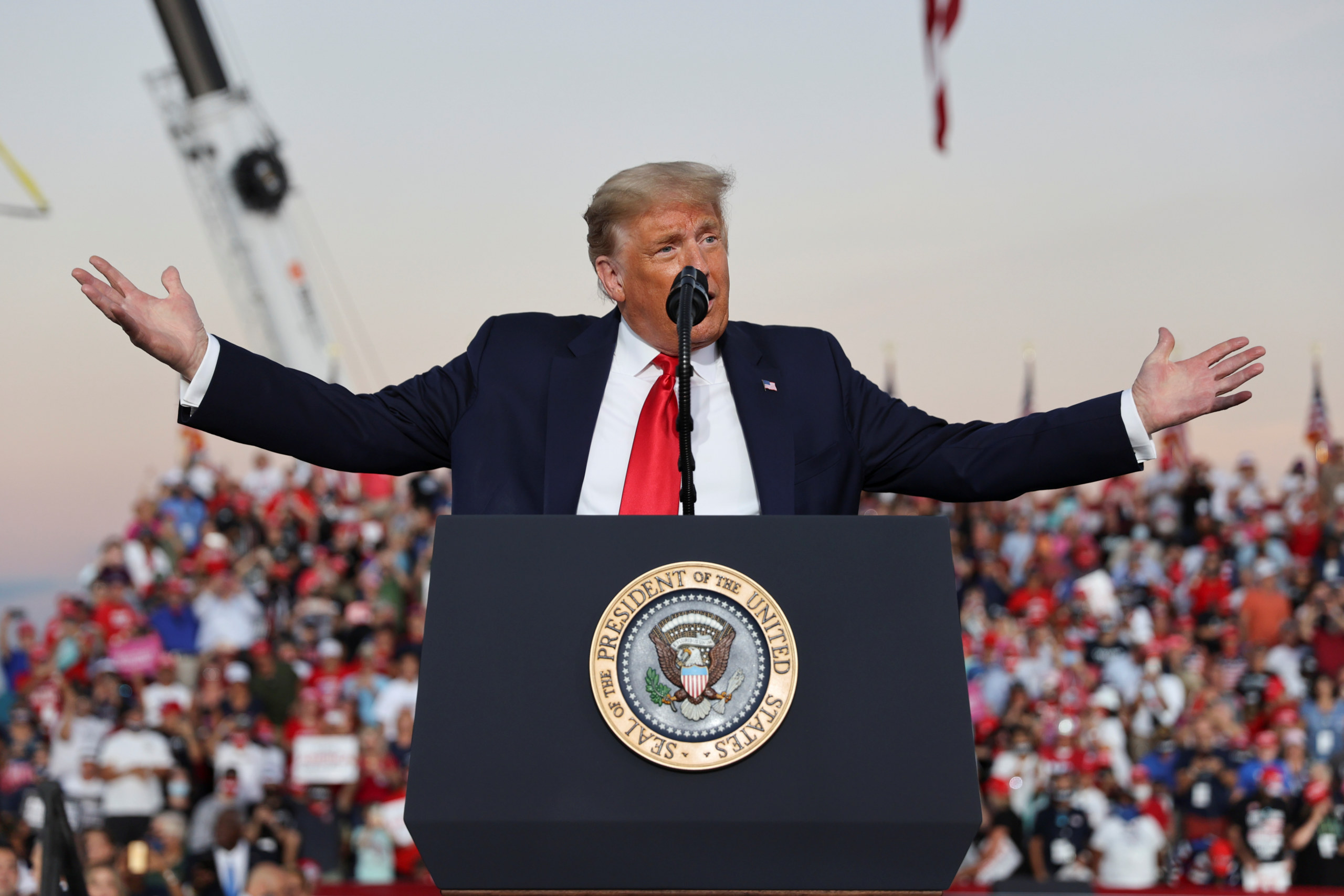 The state of Wisconsin has been the tightest during the last two presidential elections. In 2016, Donald Trump beat Hillary Clinton there by around 24,000 votes. And in 2020, Joe Biden defeated Trump in the state by slightly under 21,000 votes. Hillary Clinton asked for a recount in 2016 and things barely changed. Donald Trump,
Read More 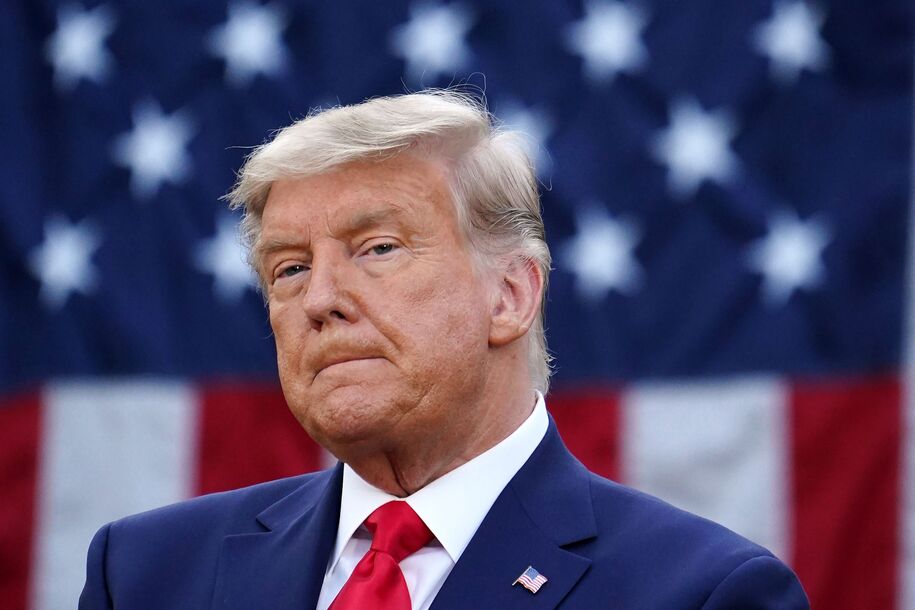 He may have lost, but Donald Trump does not intend to go quietly

The most immediate concern, of course, is vengeance. Trump is preoccupied this weekend with attacking Republican governors who he sees as not doing as much as they should be to overturn their states’ elections to reinstall him as Dear Leader Because Reasons. Georgia Gov. Brian Kemp, who is now being accused by Trump “lawyer” Sidney
Read More

President Trump’s eldest son Donald Trump Jr. tested positive for COVID-19 this week amid a national surge in infections. Trump Jr., 42, was diagnosed earlier in the week — as the virus struck DC Republicans including Sen. Chuck Grassley of Iowa and Sen. Rick Scott of Florida. “Don tested positive at the start of the
Read More

Megyn Kelly has no regrets about feud with Donald Trump

Megyn Kelly on Wednesday revisited her infamous feud with President Trump, discussing whether she’d change anything about how she handled the situation that led to months of attacks from the then-Republican presidential nominee. “Not one word,” the former Fox News anchor told the Daily Caller in a new interview. “I 100 percent stand by the
Read More

The Trump campaign reportedly shut down its voter fraud hotline after the call center was flooded by prank caller since its launch last week. The hotline was set up at the Trump campaign’s headquarters in Arlington, Virginia, last week to give American voters the opportunity to send tips about apparent fraud in the election, ABC
Read More

Donald Trump May Flee The White House Next Week

Trump is refusing to accept the reality that he lost the election to Joe Biden, but he is thinking about going to his Florida club next week. The New York Times reported, “Mr. Trump has been eager to leave the White House, and after musings about a rally this week fell flat, aides said he
Read More

DNI John Ratcliffe made up the claim that Iran was out to hurt Donald Trump, without any evidence

According to Politico, when Ratcliffe said that the series of threatening emails were “designed to intimidate voters, incite social unrest, and damage President Trump” he was on track right up until that final comma. It also seems that the press event was entirely Ratcliffe’s idea. FBI and DHS officials agreed to join him on stage as
Read More

Donald Trump Made Them Furious, and Organized. Now Is the Big Test.

Carolyn Gibbs puts on the striped pants first, then the striped jacket. The hat is the final touch. That’s if it’s an Uncle Sam day. For Statue of Liberty, it’s a mint green dress, a foam halo and a political sign, usually, standing in as the torch.Before Donald Trump became president, Ms. Gibbs, 59, rarely
Read More 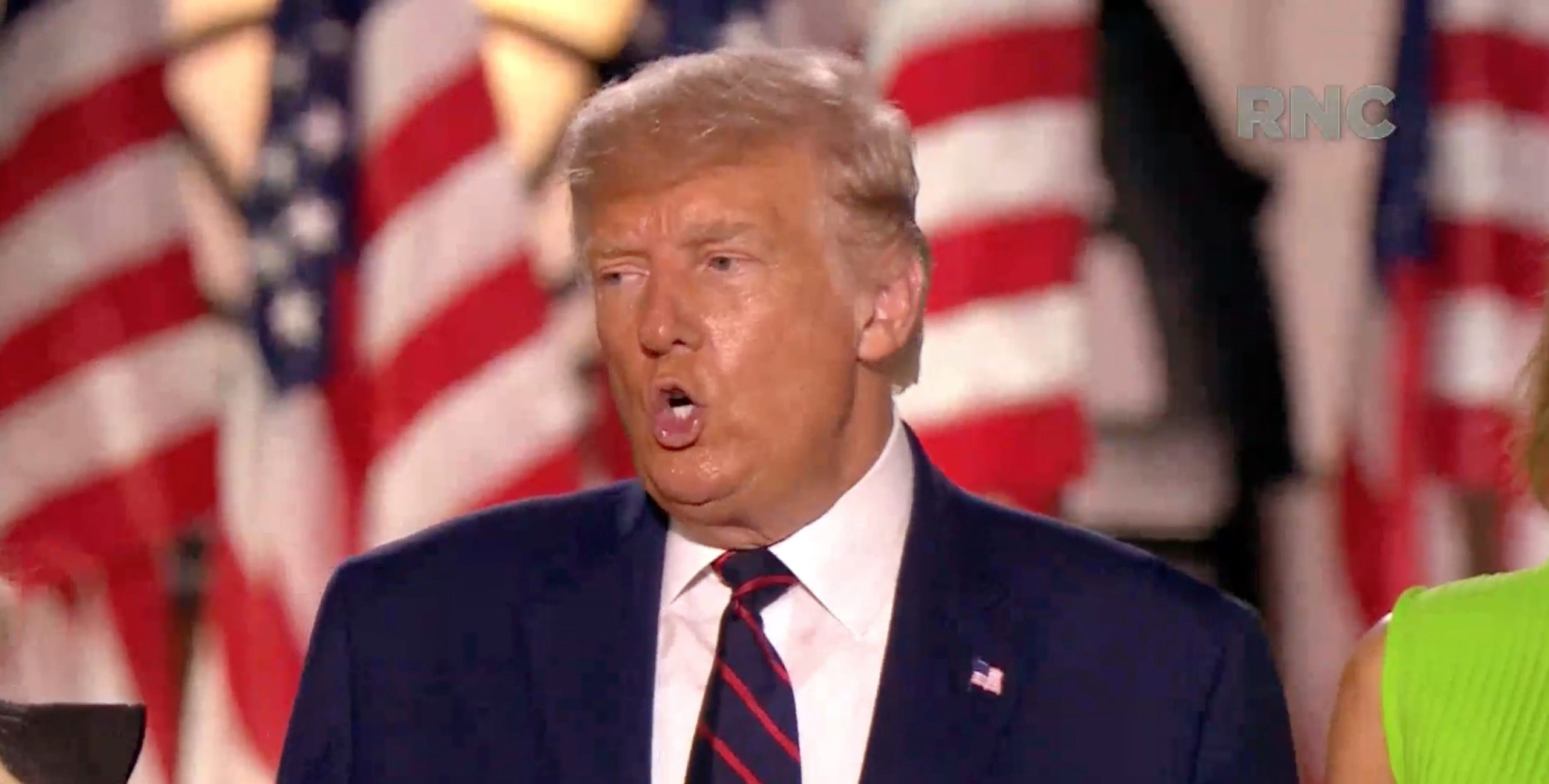 I Blame Donald Trump for Spreading COVID In The Rose Garden

From the very beginning of the Covid pandemic, Donald Trump did everything wrong. He ignored the warnings in his intel briefings. Then he denied it was here. After that, he claimed the pandemic was a hoax invented by the “Democrat Party” because even a pandemic was really all about him. He did nothing until it
Read More

Donald Trump Jr. Says You Have To Worship Trump To Be A Real American