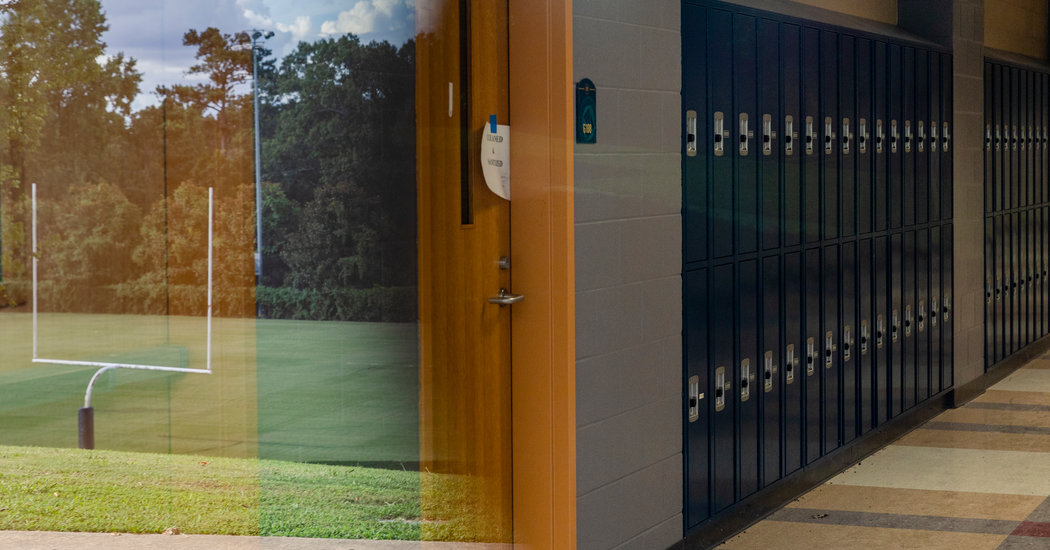 Groups representing education leaders praised the document, saying after months of mixed messages from the federal government, the inclusion of specific plans could serve as a blue print for schools and families to help navigate the uncertainty that the fall will bring.“What it tells us is left to its own devices, the C.D.C. can do a pretty good job in compiling a comprehensive document that shows the complexity of what institutions are facing,” said Terry W. Hartle, a senior vice president of the American Council on Education, which represents 1,700 college and university presidents and higher education executives.“The good news is, this is very thoughtful and complete,” he added. “The bad news is, it’s never been released.”A breakdown of state plans included in the briefing also identified state and university proposals that the task force appeared to see as models. The document identified as “examples of consistency with C.D.C. guidance” institutions like Arizona Western University, which will offer virtual services to students and staff members throughout the fall, and Hampton University, where in-person class sizes and gatherings will be reduced to 50 percent. It also highlights a number of states, like Georgia, where families are offered an option of in-person and virtual classes.And as Mr. Trump and Education Secretary Betsy DeVos were trying to pressure local schools to comply with their reopening vision, the document was expressly saying the federal government should not override local judgment.“These C.D.C. considerations are meant to supplement — not replace — any federal, state, local, territorial, or tribal health and safety laws, rules, and regulations” with which schools must comply, the packet states in bold lettering. “Implementation should be guided by what is feasible, practical, and acceptable and be tailored to the needs of each community.”The document was among material for federal response teams that are being dispatched to hot spots around the country for short periods of time. The teams are charged with helping local public health officials address the outbreak, including identifying the source, if possible, and what additional support from the federal government might help. In doing this, the team could field questions about school safety plans.