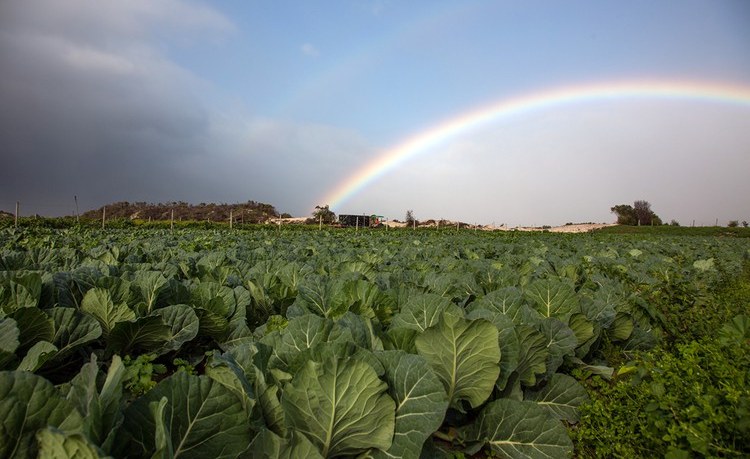 A Zimbabwe without land doesn’t exist. Land defines who we are as Zimbabweans.
Throughout Zimbabwe’s history, land has been at the heart of the conflict between settlers and indigenous populations.
When Zimbabwe was annexed by British colonialists in the 1880s, the development of the colony became tied to settler colonialism, mineral exploitation, ranching and the establishment of a colony which led to the expropriation of vast tracts of native land.
The white minority settlers took land by violent means, annexing rich and fertile lands.
As they ventured into most parts of the country, the white settlers encountered violent opposition from the local black communities.
The massacre of a few settlers led to a series of reprisals aimed at pacifying the majority of black people — spirit mediums and warriors were beheaded, villages were burned, crops were destroyed, and lands were confiscated and redistributed to colonists.

When white settlers “discovered” Zimbabwe, they found the land occupied by indigenous communities scattered along mountains, savannahs, river valleys and everywhere.
It was this social space of family residence, agricultural lands, water channels and hunting and gathering territories that formed the basis for ritual, economic, political, and social activity for us as black people.
The traditional social structure was closely related to a set of spatial reference points — homestead sites, inhabited places, and various other natural features — all of which were carefully inventoried and served to delimit the rights of the human population over its lands and waters.
In short, it was the land that bound our people together.
For several centuries, land and politics were deeply intertwined in Zimbabwe.

The loss of land by the majority of the people was at the centre of the liberation struggle. Land was an emotive issue that forced blacks to take arms to fight for it.
Blood was sacrificed for land. Thousands of people lost their lives for the liberation of the country. In essence, they lost their lives for the land called Zimbabwe.
In 1979, at the Lancaster House talks, an equitable redistribution of land for the landless people was sought without damaging the white farmers’ vital contribution to Zimbabwe’s economy that accounted for some 40 percent of exports and provided a livelihood for over 30 percent of the paid workforce while generating 80 percent of the country’s total agricultural output.
Land reform in Zimbabwe was at the centre of the Lancaster House Agreement, with the British and the Americans making several concessions to support it, in return for peace and security for their own kith and kin.

At independence from Britain in 1980, many will recall that the newly-elected government was empowered to initiate the necessary land reforms.
British Prime Minister Margaret Thatcher’s government agreed to finance half the cost of this reform, as long as land was bought and sold on a willing-buyer-willing- seller basis, in an effort to more equitably distribute land between the marginalised indigenous subsistence farmer and the white settlers, many with vast underutilised tracts of land.
Since then, it remained a major source of political conflict, as the willing buyer, willing seller — Lancaster House model failed to ensure social justice for the majority of the landless people in the country.
The willing buyer, willing seller land reform model was fraught with ambiguities and subtle schemes to further protect whites who continued to own vast tracts of land after independence in 1980.
Zimbabweans, the original inhabitants of the land, continued to wallow in poverty without adequate land at a time when the black population was also growing.

In the late 1990s, war veterans of the 1970s armed struggle became agitated and pushed President Robert Mugabe to embark on a ‘fast track’ land redistribution campaign, forcibly confiscating white farms without compensation.
The country’s land redistribution attracted global attention and became the most crucial and most bitterly contested political issue.
It is worth noting that at the crucial Lancaster House talks, both ZANU and ZAPU leaders, Mugabe and Joshua Nkomo respectively, insisted on compulsory land redistribution by seizure, without compensation, as a precondition to a negotiated peace settlement.
What later happened after 1990 is all history.
The Government stood firm despite the imposition of sanctions, which are still in place even up to now, to implement the land reform programme.
It was a necessary commitment to alleviate overpopulation in the former tribal trust lands (TTLs — now known as communal areas) to extend the production potential of small-scale subsistence farmers, and improve the standards of living of rural Zimbabweans.
It was an epitome of correcting historical wrongs, social injustice and economic inequalities of the past.
Some 4,500 white farmers who occupied nearly 70 percent of Zimbabwe’s fertile and rich lands were dispossessed and a million black Zimbabweans were resettled.
A number of new medium-sized farms, as well as large sized land farms were redistributed to small-scale farmers – and to people who were keen to go into farming.

Since 2000, despite numerous challenges, the new black farmers have transformed the country’s agricultural sector, finding new opportunities in tobacco, horticulture and crop exports.
Under the new dispensation, production has been the major watch word.
Productivity gives meaning to our struggle for land.
The government has ramped up efforts to build new dams, revive irrigation schemes, spur agricultural mechanisation, promote good crop and animal husbandry practices, as well as increase the provision of finance and inputs to boost production.
As we move towards celebrating our Independence Day on April 18, Zimbabwe looks set for a bumper crop harvest this season after the country experienced above average rains.
Good rains in the 2020-2021 cropping season, which were in the normal to above normal category, have brought hope and cheer to farmers who endured one of the worst droughts in years in the previous season.
The country is expecting a bumper crop this season that will improve the food security position in most households.
The Government expects this year’s maize harvest to be as high as 2,8 million tonnes, a huge jump from the 908 000 tonnes of maize harvested last year.
Land and independence are intertwined. The two cannot be separated.
And above everything else — LAND — is a critical ingredient to this year’s theme: [email protected]: Together growing our economy for a prosperous, resilient and inclusive society.”