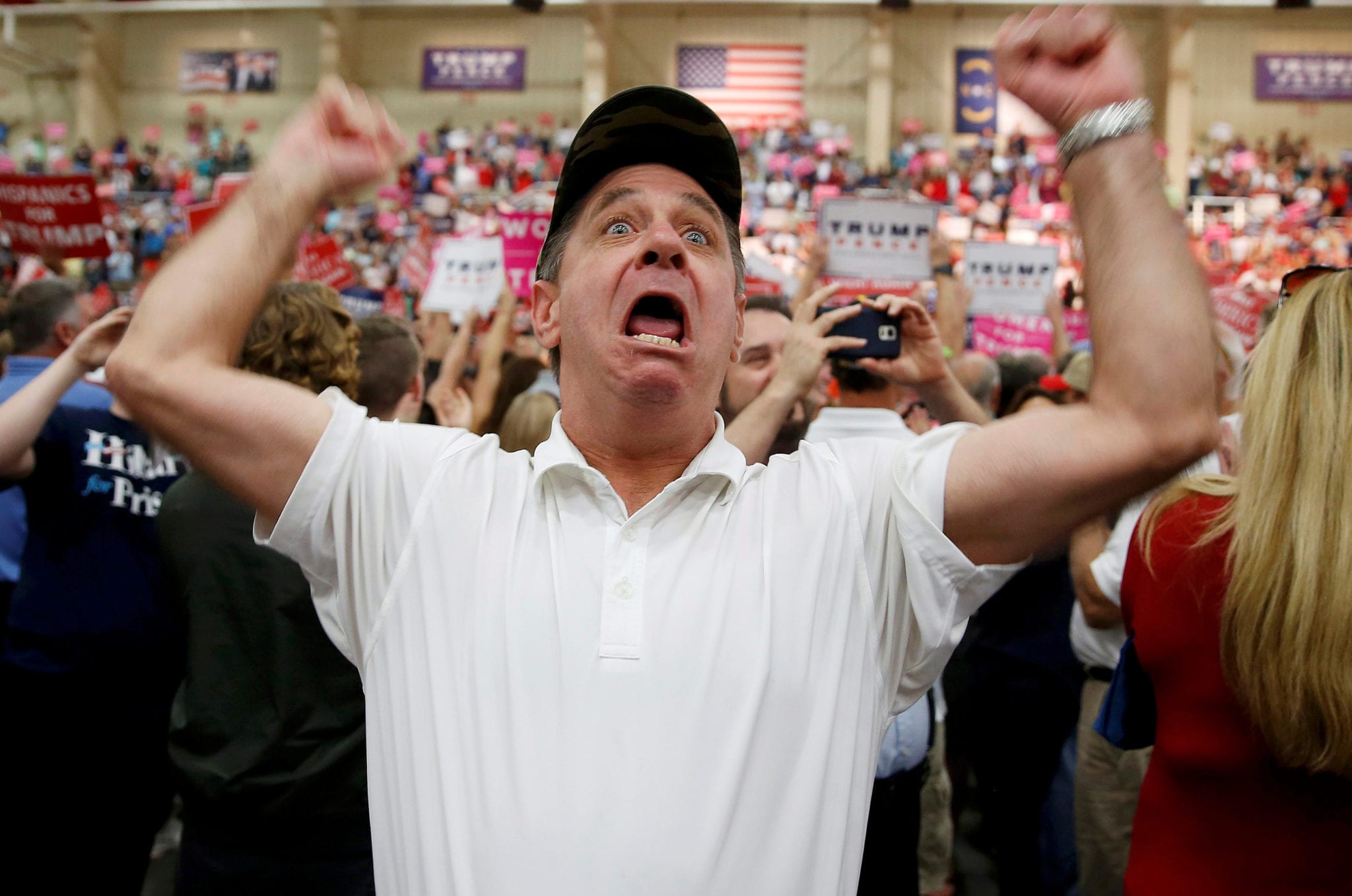 The backbone of Trump’s support is non-college-educated white voters, but these voters have shrunk by 4% since 2016.
NPR and Brookings Institution analyzed census data and found:
President Trump’s base has gotten smaller.

That’s a key finding of an analysis of how the U.S. electorate has changed since 2016, based on census data analyzed by the Brookings Institution and NPR.
In 2016, Trump was helped to victory by winning a record margin among white voters without a college degree. But in the last four years, they have declined as a share of the voting-eligible population across the U.S. and in states critical to the presidential election. Nationally, the group has gone from 45% of eligible voters to 41%.
Meanwhile, some other demographic cohorts — whites with a college degree, Latinos and, to a lesser extent, Asian Americans and other groups — have all gone up.
The same dynamic is playing out in 14 of 16 battleground states. The gap between white non-college voters and whites with a college degree and Latino voters as a percentage of the electorate has gone from nine points to two points. Trump’s largest base of support is shrinking, while the two Biden supporting groups are growing.
In terms of raw numbers, this is great news for Joe Biden and the Democratic Party, but elections are won by turnout and accessibility not the percentage of demographic voters.

Trump is trying to reduce the size of the electorate so that his decline base will have an outsized voice on election day. When a big turnout being bad for Trump is discussed, this demographic change is what is being referenced.
The Republican Party under Donald Trump is shrinking, and the only way that he and his party can win is by keeping turnout low by suppressing the vote.
For more discussion about this story join our Rachel Maddow and MSNBC group.
Follow and Like PoliticusUSA on Facebook
Mr. Easley is the founder/managing editor and Senior White House and Congressional correspondent for PoliticusUSA. Jason has a Bachelor’s Degree in Political Science. His graduate work focused on public policy, with a specialization in social reform movements.
Awards and  Professional Memberships
Member of the Society of Professional Journalists and The American Political Science Association