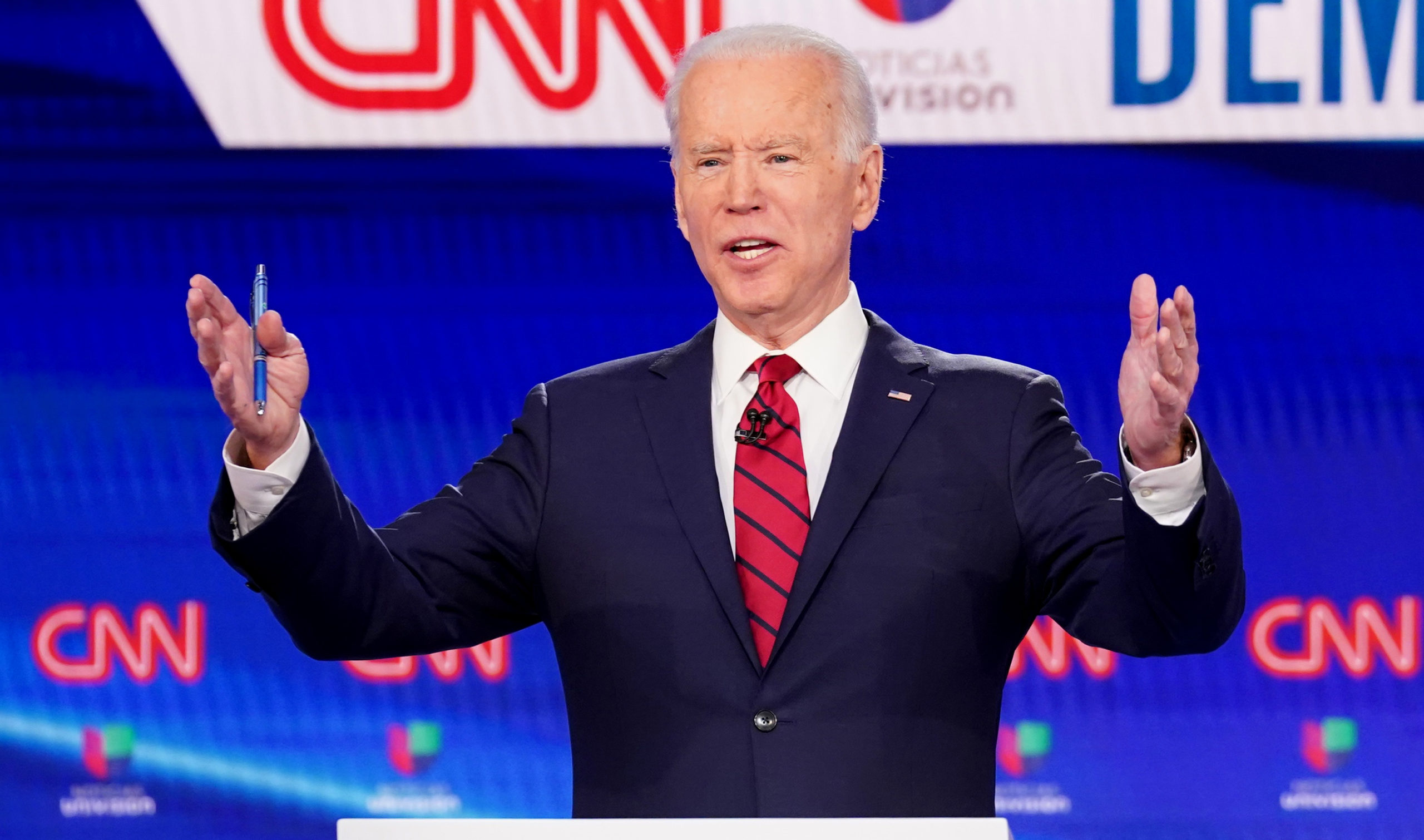 After spending much of the campaign trying – and failing – to paint Joe Biden as senile and off his game, the Trump team now claims the former vice president is a skilled debater.
“Joe Biden is actually a very good debater. He doesn’t have as many gaffes as he does in his everyday interviews,” said Trump campaign senior adviser Jason Miller, according to The Washington Post.
“I would make the argument that Joe Biden would even be the favorite in the debates since he’s been doing them for 47 years,” Miller added.

The new comments are a rather remarkable shift for the Trump campaign, which has been claiming that Biden won’t even participate in all three debates ahead of the Nov. 3 election.
Biden, of course, already pledged in June that he would attend all three of the scheduled debates with Trump. As The Post pointed out, Trump only made that same commitment this past Thursday.
One indication that a presidential campaign is losing – besides polling – is when it starts throwing public tantrums about debate rules, as the Trump team has been doing.
Trump is desperate to raise expectations for Joe Biden and lower his own
Not only has Donald Trump’s attempt to paint Joe Biden as dementia-addled been a complete flop, but it’s also going to benefit the former vice president when it comes to how Americans view his upcoming debate performances.
After all, Trump has set the bar so low for Biden that if he stands upright and strings together a few sentences during the debate, he will exceed the expectations set by the president’s campaign.

Donald Trump has kicked up a lot of dust about the debates, but with the clashes set to begin next month in Cleveland, his campaign is desperately trying to change the narrative.
Follow Sean Colarossi on Facebook and Twitter
Sean Colarossi currently resides in Cleveland, Ohio. He earned his Bachelor of Arts degree in Journalism from the University of Massachusetts Amherst and was an organizing fellow for both of President Obama’s presidential campaigns. He also worked with Planned Parenthood as an Affordable Care Act Outreach Organizer in 2014, helping northeast Ohio residents obtain health insurance coverage.