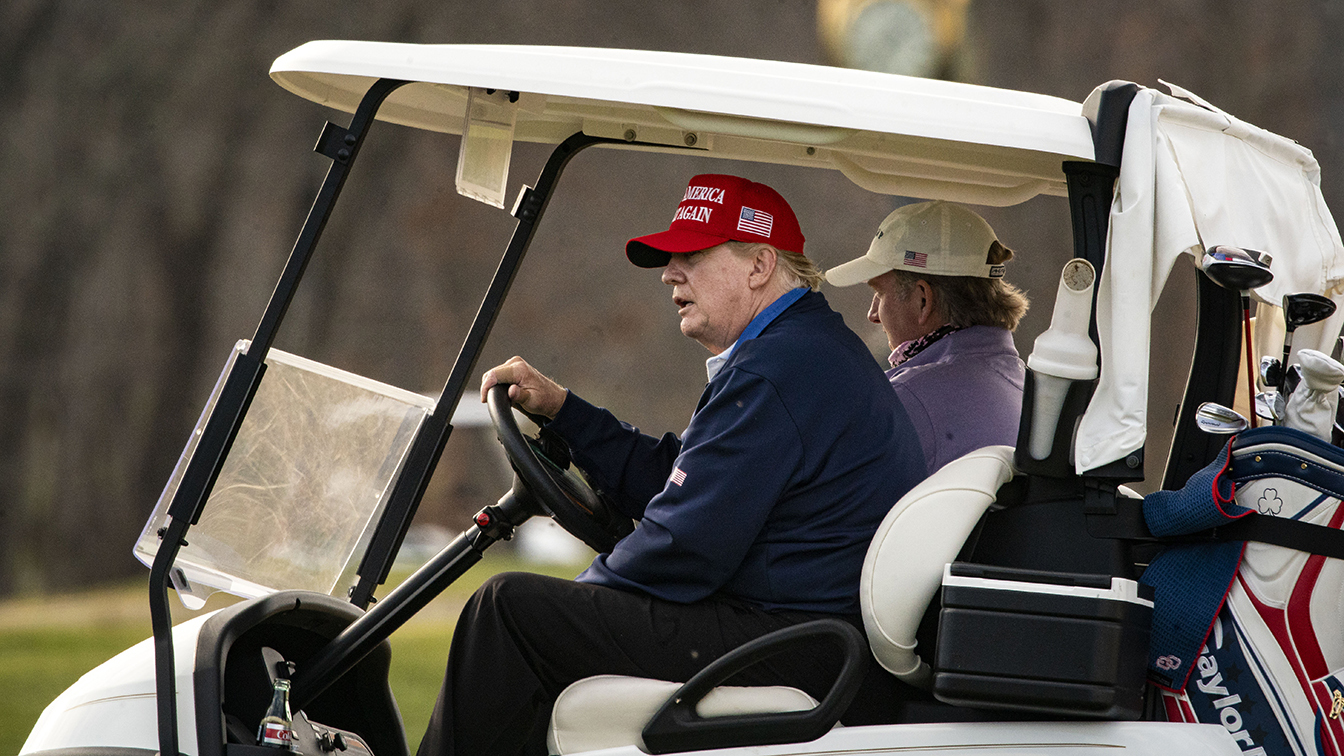 President Trump has tweeted or retweeted 96 messages so far this week. The vast majority of them were attacks on the election, with baseless allegations of voter fraud and false claims that he won. Interspersed were a few updates on the U.S. coronavirus vaccine rollout, an analysis of Fox News ratings, a complaint about the decision by the Cleveland Indians to drop their controversial team name and the announcement of Attorney General William Barr’s resignation.Not once has the president mentioned the massive cyberattack that U.S. officials suspect was carried out by Russian hackers — one that the nation’s cybersecurity agency warned was a “grave” threat to government and private networks.In a briefing with congressional staffers, the Cybersecurity and Infrastructure Security Agency, or CISA, said the breach was “highly sophisticated” and would “take weeks, if not months, to determine the total number of agencies affected by the attack and the extent to which sensitive data and information may have been compromised.”On Sunday, reports emerged that the U.S. Treasury and Commerce departments had been breached by “Cozy Bear,” a Russian military intelligence unit responsible for past hacks into government agencies.Trump spent part of that day at his golf resort in Virginia and tweeting various complaints about the election, including his dismay that the Supreme Court had dismissed a lawsuit initiated by the attorney general of Texas seeking to throw out the votes of four other states.President Trump at his golf club in Sterling, Va., on Sunday. (Al Drago/Getty Images)On Wednesday, Trump held a Cabinet meeting at the White House. But, unlike many previous Cabinet meetings in the Trump presidency, this one did not allow reporters inside.The golf outing was the only time the president was seen in public this week. He has made no public remarks. On Monday night, he had been expected to drop by a holiday party at the White House. But after the Electoral College voted to confirm Joe Biden’s election victory, officials informed guests that the president would not be attending.Story continuesOn Friday morning, Vice President Mike Pence, his wife and other top government officials received their first doses of the coronavirus vaccine, some of them on camera. Trump has not yet decided whether to take the vaccine, according to the White House, and has said nothing in public about the mounting toll of deaths from COVID-19, now averaging around 3,000 a day.At a press briefing Tuesday, White House press secretary Kayleigh McEnany was asked about the seriousness of the cyberattack and whether the administration was considering retaliating against Russia.“Look, the U.S. government — we’re aware of all of these reports,” McEnany said. “We’re taking all necessary steps to identify and remedy any possible issues related to the situation.”She said one step in that process would be for all federal civilian agencies to review their networks “for indicators of compromise,” as recommended by CISA.“So we are taking a hard look on this and, obviously, take any sort of cyber hacks very seriously,” McEnany added.For some lawmakers, however, the White House is not taking it seriously enough.Mitt Romney, R-Utah, speaks on Capitol Hill on Dec. 11. (Tom Williams/CQ-Roll Call, Inc via Getty Images)“In this setting, not to have the White House aggressively speaking out and protesting and taking punitive action is really quite extraordinary,” Sen. Mitt Romney, R-Utah, said in a SiriusXM radio interview Thursday.Romney said Trump’s silence has been particularly concerning.“I think the White House needs to say something aggressive about what happened,” he said. “This is almost as if you had a Russian bomber flying undetected over the country, including over the nation’s capital, and not to respond in a setting like that is really stunning.”In a statement, Biden said his incoming administration would make cybersecurity a top priority.“We need to disrupt and deter our adversaries from undertaking significant cyber attacks in the first place,” he said. “Our adversaries should know that, as president, I will not stand idly by in the face of cyber assaults on our nation.”___Read more from Yahoo News: