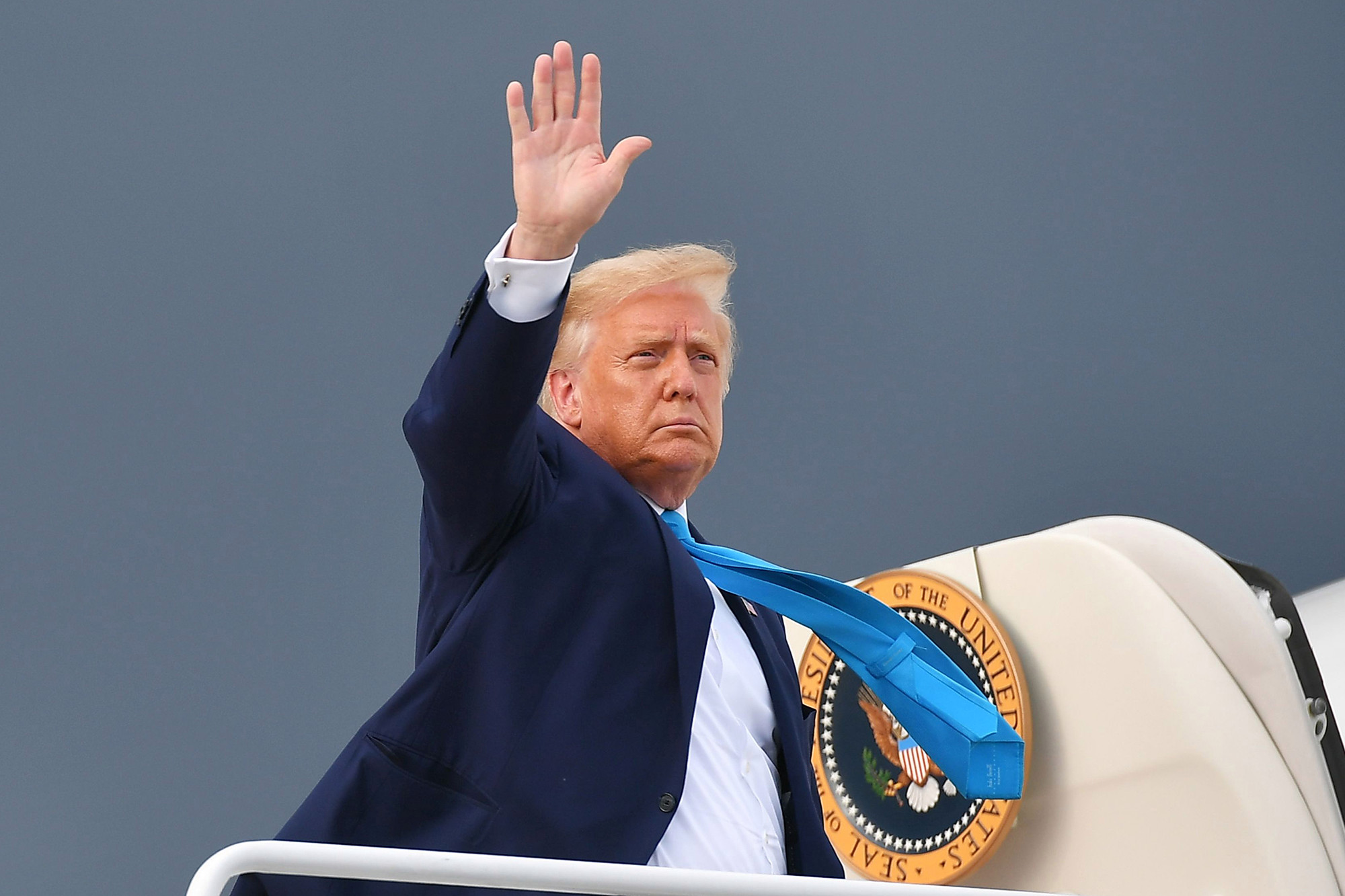 WASHINGTON — President Trump’s campaign and the Republican National Committee passed an enormous milestone this week — making contact with their 100 millionth voter through door knocking and phone banking.
The RNC says it has knocked on the doors of 12 million potential voters in battleground states since mid-June — that’s around 1 million a week — while the Biden campaign has knocked on zero.
The wildly different door-to-door strategies could make all the difference in races up and down the ballot in states like New Hampshire, Pennsylvania and Michigan, which were won by razor-thin margins in 2016.
RNC chief of staff Richard Walters told The Post that the Biden campaign was assuming people in must-win states would vote for them and revealed the unlikely inspiration for the RNC’s enormous field operation: Barack Obama.
The GOP operative said it was “mind blowing” that Biden wasn’t using the same strategy that got him into the vice president’s mansion.
“We are not secretive about our strategy when it comes to our field program. We copied Barack Obama,” Walters said.
“People made fun of him in 2012 for being a community organizer, but he organized himself into a second term. It’s interesting to me that Biden, who was on the winning ticket in 2008 and 2012 and was elected based on this strategy, has decided to forgo that strategy,” he continued.
“We saw it work for Obama in 2012 and we saw it work for us in 2016. It’s mind blowing that Biden isn’t doing it.”
The Trump campaign has deployed 2,000 hired staff into 22 target states and has trained another 2 million volunteers. They hope to beat Obama’s 2.2 million record before the November election.
Walters said staffers were required to read the book “Groundbreakers: How Obama’s 2.2 Million Volunteers Transformed Campaigning in America,” which analyses the former president’s winning field strategy in 2008 and 2012.

Volunteers reached their 100 millionth voter this week in North Carolina, a number three times larger than their 2016 effort.
The DNC and Biden camp have forgone door knocking, blaming the pandemic, and expressed confidence in their decision to reach voters through phone calls or texts.
“Sending a masked organizer to knock on a stranger’s door in the middle of a raging pandemic is not a safe or effective use of campaign resources,” David Bergstein, the DNC’s director of battleground state communications, told The Hill last month.
The Biden campaign also told Politico it would have over 2,000 staffers in battleground states by the end of August through a coordinated committee with the DNC.
But Walters said the Biden campaign was missing in action long before the pandemic reached US shores in February. He added the opposing strategies between the DNC and RNC would make the difference in states like Michigan.
The Biden campaign and the DNC did not respond to request for comment on Friday.
GOP Chairman for the Lackawanna County, Lance Stange in PA explained how Republican volunteers are still campaigning door to door while their Democratic opponents are only doing an online campaign.AFP via Getty Images
“They will tell you that it’s because of the pandemic, but the reality is it’s because the DNC did not have the money to fund and organize an appropriate ground game,” Walters said.
“They say they don’t have anything because of the pandemic and accuse us of being irresponsible — but what did they do between January 2019 and March 2020?” he asked.
“I think that a lot of people underestimate the importance of asking an individual for their vote. Going to them and explaining what your message is and asking them to support your candidate is incredibly important,” he added.
Trump 2020 communications director Tim Murtaugh said the septuagenarian Democratic nominee had an enthusiasm problem.

“President Trump has built the largest and most engaged volunteer army in the history of American politics while Joe Biden thinks he can run a stealth campaign. We strongly disagree. No one is motivated to make phone calls or knock on doors for Joe Biden,” he said.
The Trump campaign has been dogged by reports of dwindling cash reserves in recent weeks, including a New York Times article which said Trump 2020 had lost its $1 billion war chest due to profligate spending.
The former property tycoon on Tuesday said he was willing to use his own money to win another term in the White House — vowing to contribute “whatever it takes” — and was reportedly considering spending as much as $100 million in the remaining six weeks.
Biden’s campaign and the DNC announced a stunning $365 million fundraising haul in August — nearly double the $210 million that Trump and the RNC raised over the same period.
When pressed on the disparity, Walters said the money wouldn’t make a difference to Biden’s operation this late in the game.
“If the first $300 million on TV didn’t turn them out, another $100 million won’t turn them out,” he said.
“That’s why we believe if you have people directly in the communities knocking on people’s doors and turning them out, when races are won on such a small margin, that’s when it really matters,” he continued.
“If the Republicans or Democrats are going to win a state by 30 points, the field program doesn’t matter. It matters where it’s competitive and where we need to turn out voters to make sure we can win.”