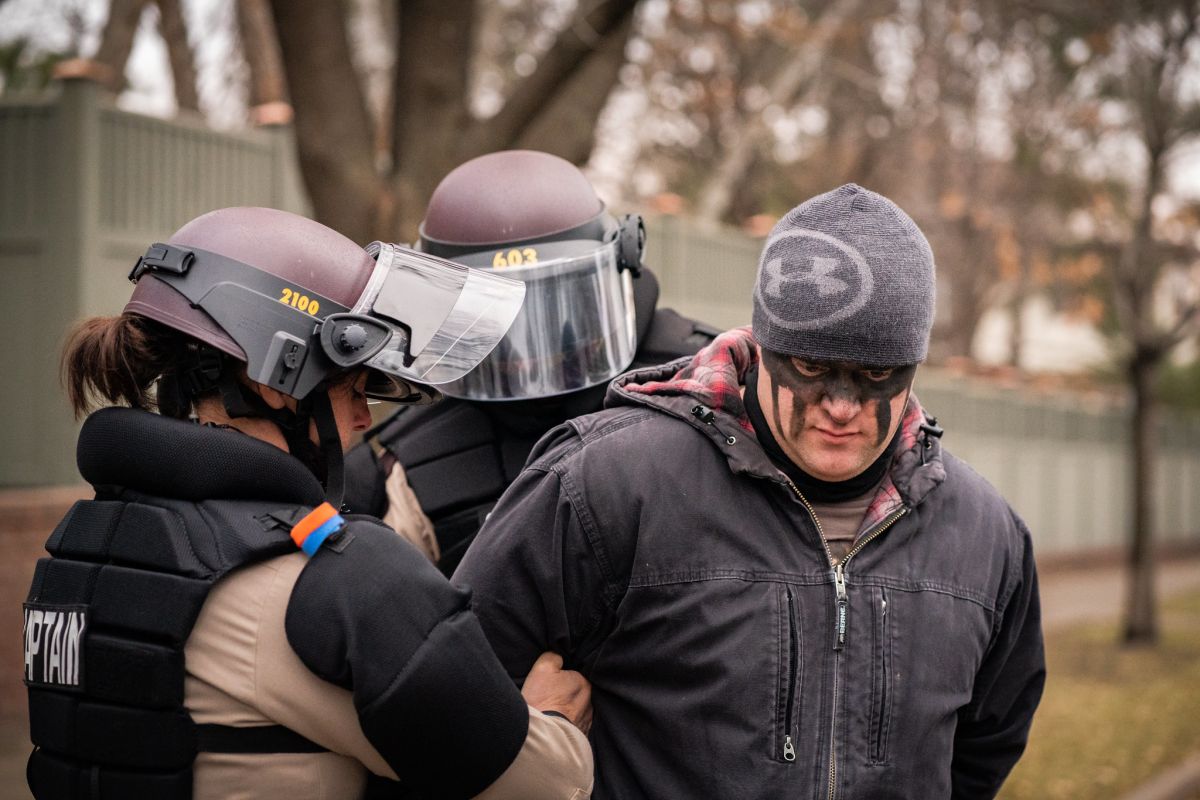 March 19, 2021
When I see Representative Matt Gaetz (R-FL), and other voices from our right wing, siding with Russian President Vladimir Putin in his demand that President Joe Biden debate him or pretending that the January 6 attack on the Capitol wasn’t a big deal, or Republicans voting to overturn a legitimate election or trying to keep Americans from voting, sometimes I despair of our democracy.
But a poll released by the Pew Research Center yesterday shows that these Republicans are out of step with the country. It reveals that the vast majority of Americans cares deeply about the preservation of our government. Asked about what happened at the Capitol on January 6, 87% percent of Americans say it is either “very important” (69%) or “somewhat important” (18%) for law enforcement officials to find and prosecute the insurrectionists.
Where those numbers fall apart is among Republicans who believe that former president Trump won the 2020 election. While 87% of Democrats think what Trump did was wrong and that he should have been convicted of inciting the insurrection, 66% of people who believe that Trump won the election say that the riot at the Capitol is getting too much attention. Eighty-two percent of them said Trump’s conduct leading up to the insurrection was not wrong and that the House should not have voted to impeach him.
The danger of the Big Lie  —  the false idea that Trump actually won the 2020 election — was always that it would convince Trump supporters to fight for him not because they thought they would be fighting to overturn the U.S. government, but because they thought they would be defending it. If, indeed, the election were stolen from the former president by the radical socialists of whom he warned, it would be the part of heroism to rally to protect our system.
That is, apparently, what at least some of the insurrectionists believed they were doing. Today, a federal judge ruled that Jon Schaffer, an Indiana man arrested for his participation in the insurrection, must remain in jail because he poses a risk to the community. Schaffer had clearly embraced the Big Lie, telling journalists: “We’re not going to merge into some globalist, communist system, it will not happen. There will be a lot of bloodshed if it comes down to that, trust me…. Nobody wants this, but they’re pushing us to a point where we have no choice.”
Also today, court papers revealed that a federal grand jury has charged four leaders from the far-right gang the Proud Boys with conspiring to “commit offenses against the United States, namely… to corruptly obstruct… an official proceeding”—that is, the counting of the electoral votes—and to obstruct law enforcement officers engaged in putting down civil disorder. The four named are Ethan Nordean (AKA “Rufio Panman”), 30, of Auburn, Washington; Joseph Biggs (AKA “Sergeant Biggs”), 37, of Ormond Beach, Florida; Zachary Rehl, 35, of Philadephia, Pennsylvania; and Charles Donohoe, 33, of Kernersville, North Carolina.
At least three of the four were spurred to action by the Big Lie.
On November 5, 2020, Biggs posted on social media: “It’s time for f**king War if they steal this sh*t.”
On November 16, 2020, Nordean posted: “What’s more disturbing to me than the Dems trying to steal this election, is how many people… just accepted Biden won, despite the obvious corruption… Luke warm Patriots are dangerous.”
On November 27, 2020, Nordean posted: “We tried playing nice and by the rules, now you will deal with the monster you created. The spirit of 1776 has resurfaced and has created groups like the Proudboys and we will not be extinguished. We will grow like the flame that fuels us and spread like the love that guides us. We are unstoppable, unrelenting and now … unforgiving. Good luck to all you traitors of this country we so deeply love … you’re going to need it.”
On the same day, as news broke that the Trump administration was hoping to bring back firing squads, Rehl posted: “Hopefully the firing squads are for the traitors that are trying to steal the election from the American people.”
After the attack, during which, according to the charging document, “approximately 81 members of the Capitol Police and 58 members of the Metropolitan Police Department were assaulted,” Nordean posted a message on social media saying: “[I]f you feel bad for the police, you are part of the problem. They care more about federal property (our property) than protecting and serving the people.” Rehl posted, “I’m proud as f**k what we accomplished yesterday, but we need to start planning and we are starting planning, for a Biden presidency.”
Meanwhile, the lawyer for Schaffer, the Indiana man, is trying to get leniency for his client by arguing that the man was encouraged by Trump. “People have the right to believe the highest elected official…. My client is not responsible for what happened on January 6.”
We are pleased to be presenting daily posts from Heather Cox Richardson’s “Letters From an American” email newsletter. You can sign up to receive it in your inbox here.