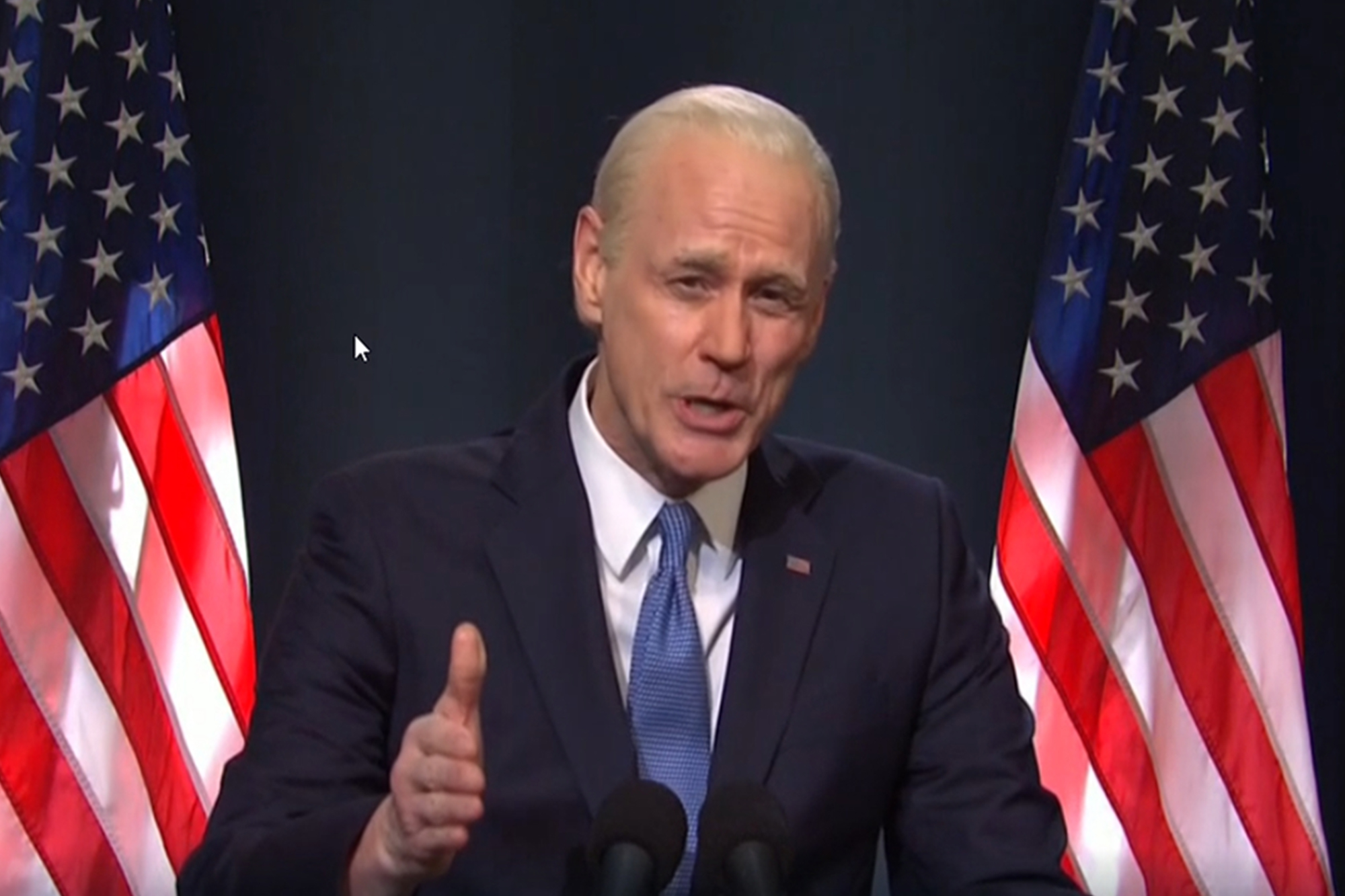 Fans eager to see “Saturday Night Live’s” take on Joe Biden’s election victory were crawling up the walls when the sketch show took a backseat to the Clemson vs Notre Dame college football game.
Viewers took to social media to vent their anger over having to watch the game drag into double-overtime as NBC delayed some 40 minutes in airing the sketch show.
“Sooo NBC is leaving football on and starting SNL late the one time everyone wants to watch it!?,” one person wrote on Twitter.
Another user wrote: “I can’t believe I’m going to say this, but this football game needs to wrap the f–k up so that I can watch SNL.”
“I’ve never hated football more, this should be SNL,” yet another person tweeted.
The SNL fans also blasted the lack of coronavirus precautions and social distancing at the packed celebration on the field in South Bend, Indiana that followed the Fighting Irish’s 47-40 win.
“This delay with #SNL is so 2020,” one person tweeted. “We needed to finish our super spreader event first.”
WFAN’s Mike Francesa wrote on Twitter: “So much for social distancing in South Bend.”
And even following the game, a bit of local news came on in some areas before SNL began — getting on viewers’ last nerves.
“IM SO TIRED IF THE NEWS LET ME WATCH SNL YOU B–HES,” wrote one person.
Added another: “F–K THE FORECAST WHERE IS MY MONOLOGUE.”