‘SNL’ fans fuming over delay due to college football

Fans eager to see “Saturday Night Live’s” take on Joe Biden’s election victory were crawling up the walls when the sketch show took a backseat to the Clemson vs Notre Dame college football game. Viewers took to social media to vent their anger over having to watch the game drag into double-overtime as NBC delayed
Read More 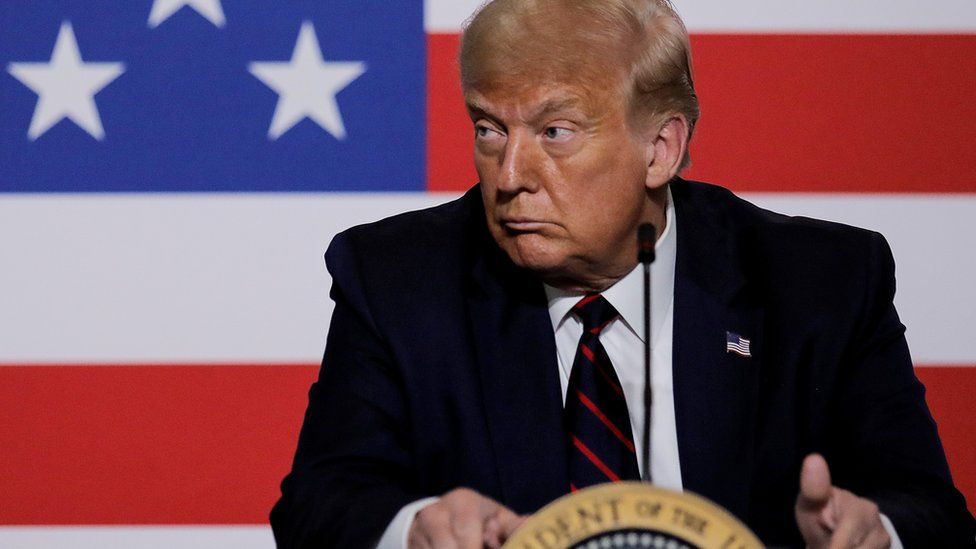 The president suggested postal voting could lead to fraud and inaccurate resultsTop Republicans have rejected President Donald Trump’s suggestion that November’s presidential election should be delayed over alleged fraud concerns.Senate Majority Leader Mitch McConnell and House Minority Leader Kevin McCarthy both dismissed the idea.Mr Trump does not have the authority to postpone the election, as
Read More
We use cookies on our website to give you the most relevant experience by remembering your preferences and repeat visits. By clicking “Accept All”, you consent to the use of ALL the cookies. However, you may visit "Cookie Settings" to provide a controlled consent.
Cookie SettingsAccept All
Manage consent