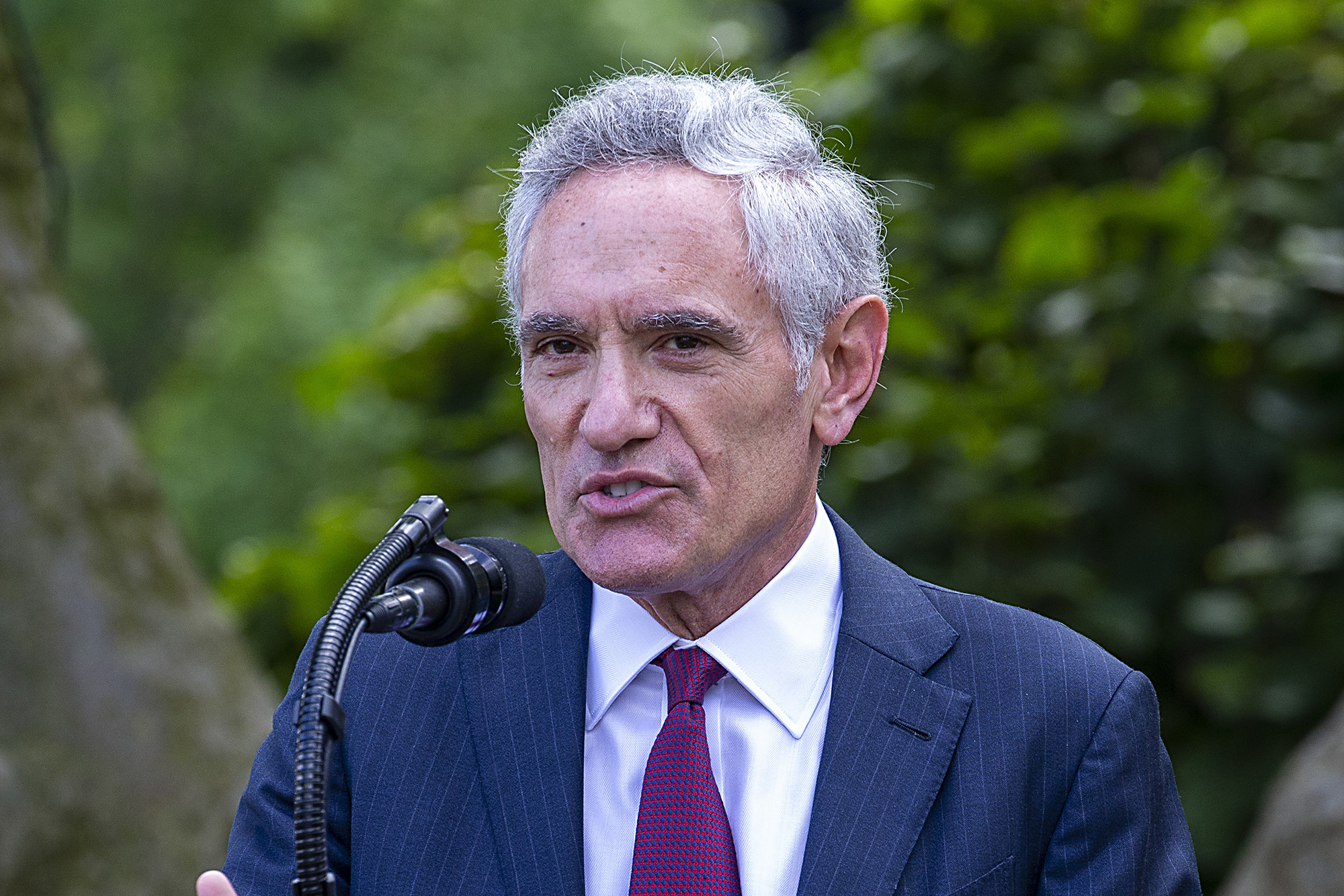 Dr. Scott Atlas, a member of the White House coronavirus task force, called for people to “rise up” up after Michigan Gov. Gretchen Whitmer announced a three-week “pause to save lives” during the coronavirus pandemic.

“The only way this stops is if people rise up. You get what you accept. #FreedomMatters #StepUp,” Atlas said in a tweet Sunday night about the new public health measures.

Whitmer, who has appealed to the Trump administration to intervene in the pandemic, announced a series of measures – including closing colleges, high schools, workplaces and in-person dining – to control the spread of the disease, the Washington Post reported.

Responding to Atlas’ tweet, Whitmer said on CNN on Sunday night: “We know that the White House likes to single us out here in Michigan, me out in particular. I’m not going to be bullied into not following reputable scientists and medical professionals.”

Whitmer told host Wolf Blitzer that she consults “people that actually have studied and are well-respected worldwide on these issues, not the — not the individual that is doing the president’s bidding on this one.”

Atlas, a radiologist who joined the White House task force over the summer, is a known proponent of herd immunity in the fight against the coronavirus – a stance that puts him at odds with most health experts.

“I look forward to a new federal administration that works cooperatively with our state government to protect Michigan residents,” Nessel said on Twitter.

“A patriot is one who protects America from its enemies, both foreign and domestic,” she wrote.

“COVID-19 is the enemy, not each other. Stop pitting Americans against each other and start supporting policies proven to effectively fight the virus,” Nessel added.

Whitmer, who has incurred the wrath of far-right groups during the pandemic, also was the target of an alleged terrorism kidnapping plot, according to federal and state officials.

The alleged scheme included plans to overthrow several state governments that the suspects “believe are violating the US Constitution,” according to a federal criminal complaint cited by CNN.

Tags:against, atlas, michigan, people, scott, urges
We use cookies on our website to give you the most relevant experience by remembering your preferences and repeat visits. By clicking “Accept All”, you consent to the use of ALL the cookies. However, you may visit "Cookie Settings" to provide a controlled consent.
Cookie SettingsAccept All
Manage consent