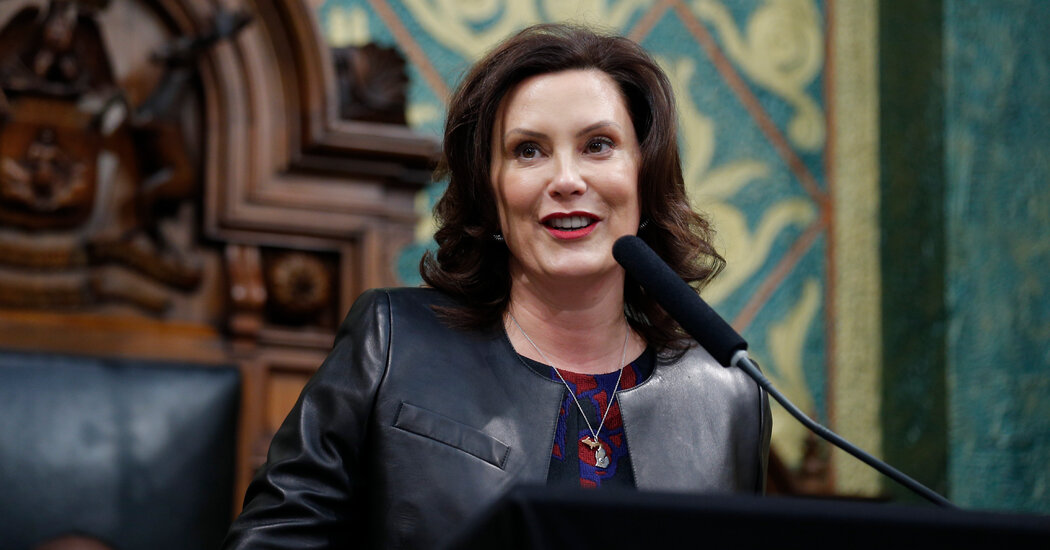 Ms. Whitmer, 48, has a history and easy rapport with Mr. Biden: He campaigned for her governor’s race in 2018 and she returned the favor, endorsing him before Michigan’s presidential primary and appearing with him at his last big rally in the state before the pandemic struck. She was one of the first to appear on Mr. Biden’s “Here’s the Deal” podcast and is a national co-chair for his campaign.“They just seem to click,” Ms. Bayer said.Still, many Michigan Democrats don’t want Ms. Whitmer to leave the state while she is still grappling with the outbreak, which has hit Michigan particularly hard, with more than 96,000 cases and 6,500 deaths as of Monday. And it has devastated the state economy, driving the unemployment rate to 14.8 percent, one of the highest in the country, as of June, the latest data available.And while Michigan was among the first states to be severely affected by the virus, it has also had a recent uptick in cases, leading Ms. Whitmer last month to reinstate restrictions on public gatherings and some businesses, and to require all residents to wear masks indoors and in crowded outdoor spaces.Those actions have spurred a backlash against the governor, included multiple recall campaigns — but it has also caused some of her supporters to question whether the state can afford to lose her at such a critical time.“In talking to some of my friends who work in infectious disease, they think she’s done an incredible job, as do I,” said Julie Campbell-Bode, a Democratic activist from Royal Oak, a Detroit suburb. “Selfishly, we need her here. There is plenty of time for her to climb those mountains and I’m sure she will.”Several observers also questioned how much she could help Mr. Biden win Michigan, a battleground state that Mr. Trump won by less than 11,000 votes over Hillary Clinton in 2016.