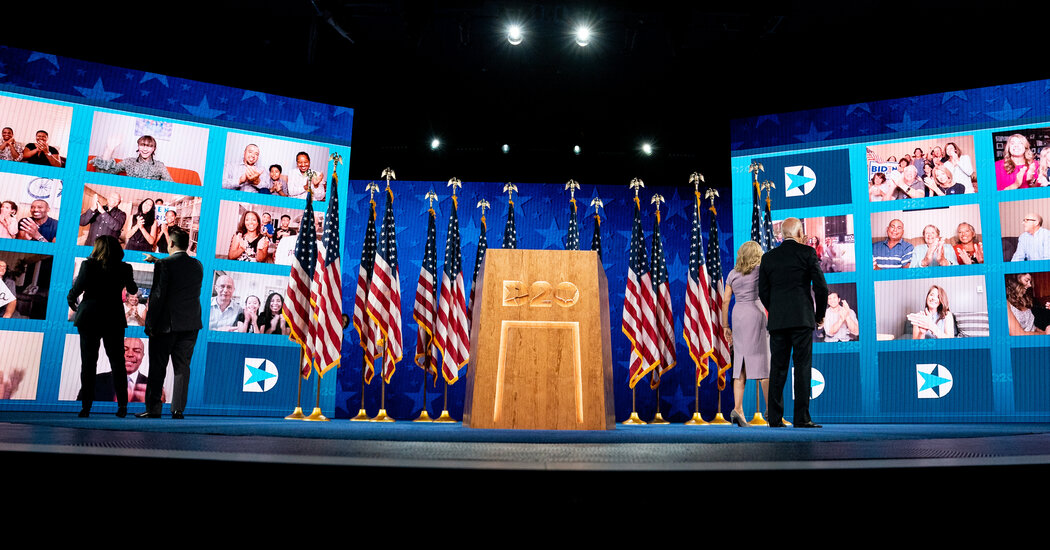 They help fire up the party’s most fervent voters (though perhaps not so much this year) and can gin up contributions from viewers. Joseph R. Biden Jr., the Democratic nominee, had one of his best nights of fund-raising the night he gave his acceptance speech. And they can be fun for attendees: There is a deep attachment by delegates and the news media to these four-day, expense account-paid extravaganzas of politicking, networking, celebrity-spotting, parties and open bars.“There’s still the political business to take care of, there’s still the yearning to celebrate the nominee, there’s still the wanting to be there for the launch of the campaign,” said Mary Beth Cahill, the chief executive officer of the Democratic National Committee. “That will come back. But there will be a demand that the convention be more inclusive. It took it from being in a room to being staged across the country in a way that I thought was illuminating.”But there’s a new and younger audience of voters, more partisan and less patient, who are not about to drop their phones and sit in front of televisions to watch networks cover an event where the outcome is largely predetermined. And it seems that Democrats and Republicans are taking a lesson from the positive reviews that greeted changes forced by staging a convention in the middle of a pandemic.These just completed conventions, in their best moments, showed the power of a fast-paced speaker lineup, visually arresting and ever-changing backdrops and emotionally powerful stories — like Brayden Harrington, a teenager with a stutter, for the Democrats, and the parents of Kayla Mueller, who was kidnapped and killed by the Islamic State in Syria in 2015, for Republicans. It is no small matter that audiences watched those heartbreaking speeches without the distracting noise of a restless audience. And no television station, it appeared, dared switch away from these speeches to some skirmish on the convention floor — since there was no convention floor.“The most recent format was exponentially better in terms of reaching people with a disciplined message,” said Stephanie Cutter, who ran the Democratic convention program. “People pay attention more if you’re speaking directly to them, rather than a cheering crowd in front of you. The nature of the remarks are much more intimate and focused if you’re trying to reach someone sitting on their couch at home versus playing to a crowd in front of you.”While Mr. Trump’s decision to appropriate the White House as a backdrop for his acceptance speech was ethically dubious and legally suspect, the setting was certainly memorable, as was the tailgate parking lot celebration that awaited Mr. Biden after he gave his own acceptance speech. So were the varied celebrity hosts that led the Democrats every night — and their picture-postcard roll call that allowed housebound Americans an opportunity to travel the country, if virtually. Roll calls are notoriously deadly during conventions but may be better if they are always done virtually.