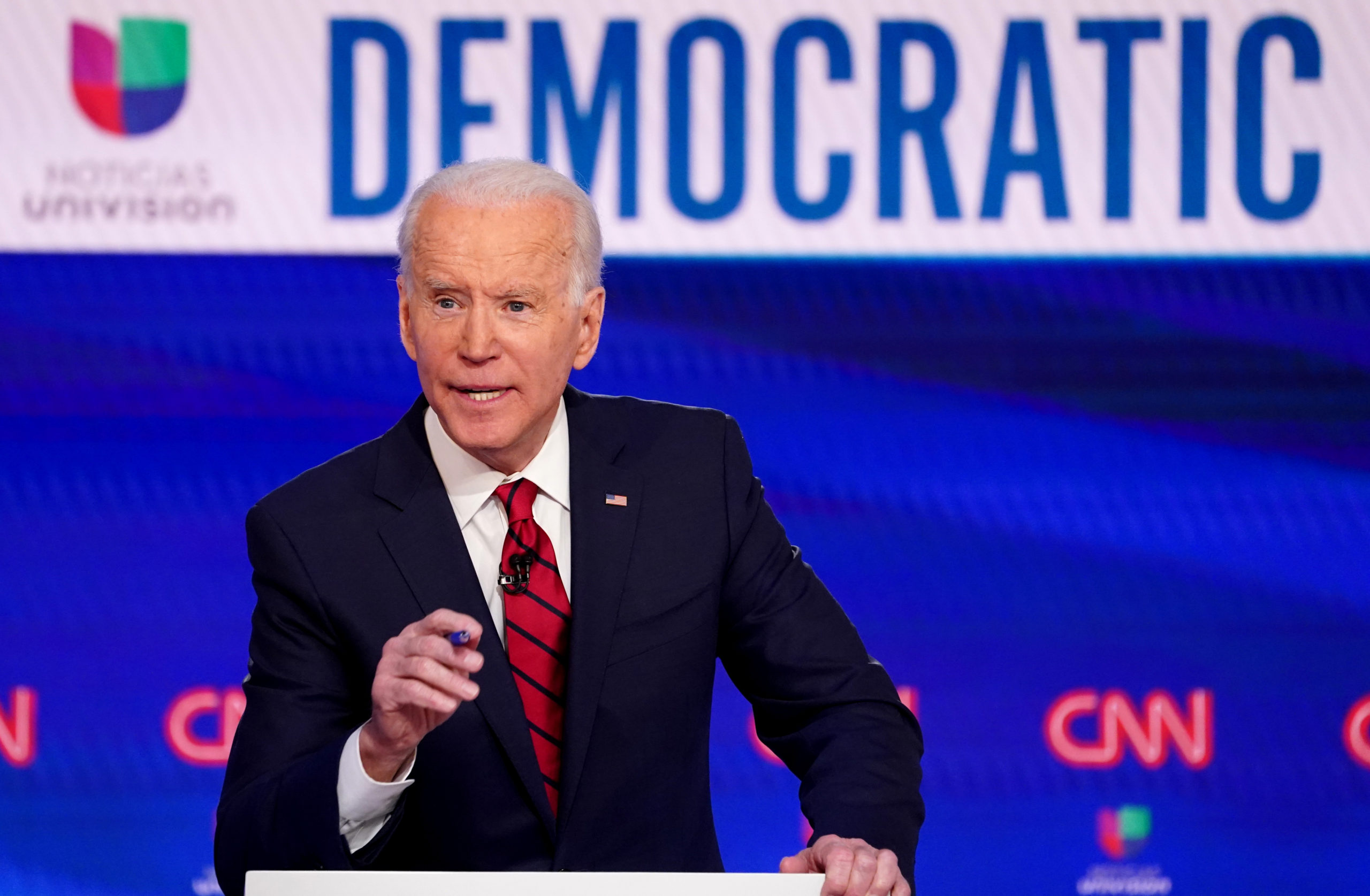 For a long-time, bashing a political opponents health would be considered out of bounds. That was before the age of Donald Trump, however. The 45th President was downright giddy when he had to opportunity to talk about Hillary Clinton’s bout with pneumonia.
Trump has spent the last few months defending his health and mental capacity. Questions arose the President had difficulty drinking a glass of water with one hand and took one of the world’s slowest walks down a metal ramp.
On Monday, ABC 27 News questioned the Democratic candidate over the Trump campaign’s suggestion that he has lost a step. Biden referenced that famous West Point ramp walk while responding.

“Look at how [Trump] steps and look at how I step, he said. Watch how I run up ramps and how he stumbles down ramps, okay.”
Biden continued, by saying that it is appropriate to question the health of any candidate running for political office.
“I’m a great respecter of fate,” he said. “I realize anything can happen to anybody at any age, any time. But I promise you I would not be running unless I was in very good health.”

Biden went to say that it’s a “legitimate question” to ask both candidates about their health
“I’m a great respecter of fate, I realize anything can happen to anybody at any age, any time. But I promise you I would not be running unless I was in very good health.” pic.twitter.com/Qjjgl4BN68
— Johnny Verhovek (@JTHVerhovek) September 7, 2020

Trump certainly considered Biden’s health out of bounds at any time. The President said of his opponent back in July, “Biden can’t put two sentences together. They wheel him out,’ the president continued, suggesting he staged interviews. ‘He goes up – he repeats – they ask him questions. He reads a teleprompter and then he goes back into his basement.”