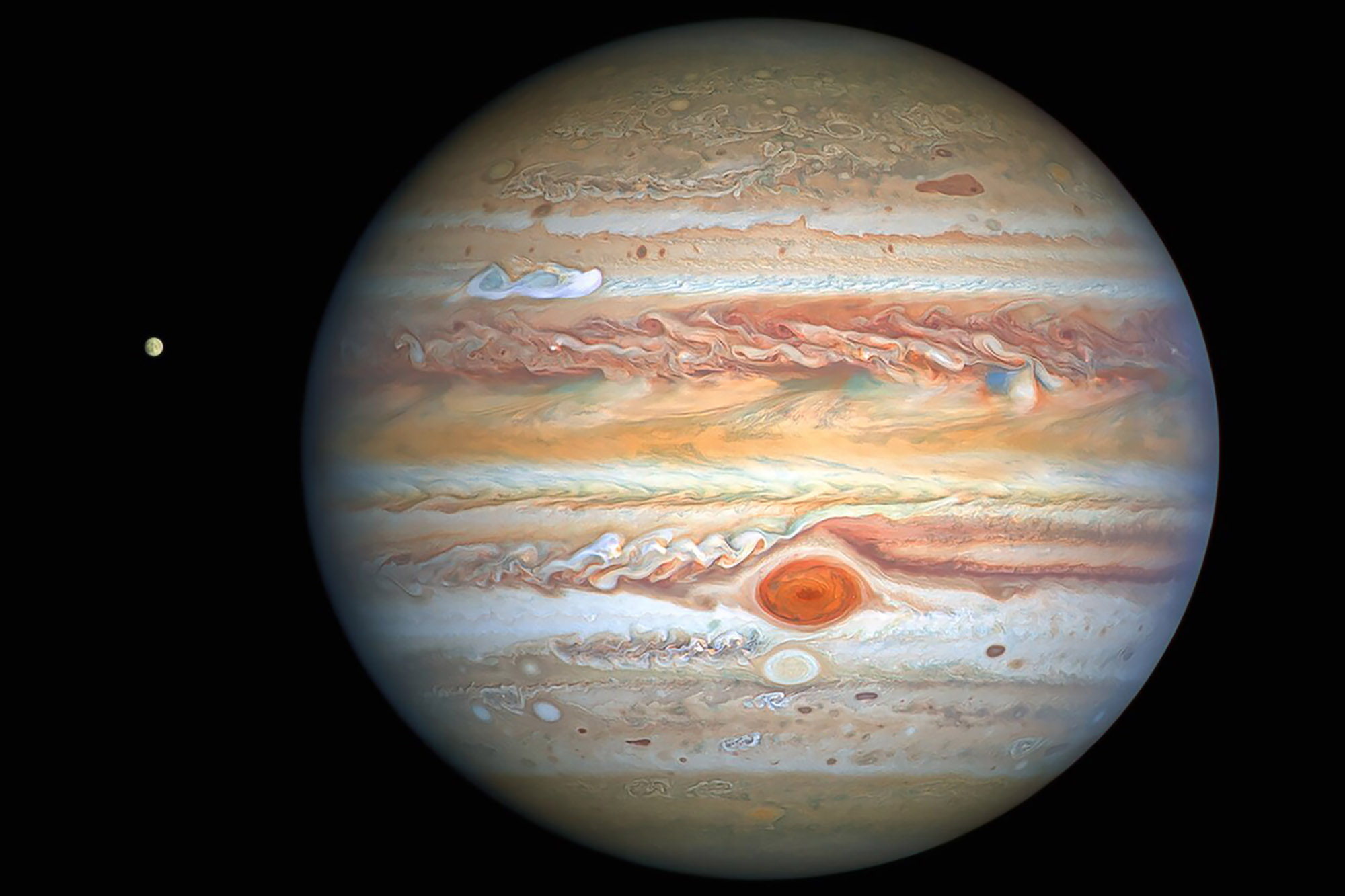 One of the best spots to look for life, NASA is slated to explore Jupiter’s moon Europa in the next 10 years. A new study, however, notes the water plumes that are erupting from the celestial satellite could shed new light on cryovolcanic eruptions across icy bodies throughout the solar system.

The research, published in the journal Geophysical Research Letters, notes the plumes could actually be coming from Europa’s crust instead of its ocean.

“Understanding where these water plumes are coming from is very important for knowing whether future Europa explorers could have a chance to actually detect life from space without probing Europa’s ocean,” said the study’s lead author Gregor Steinbrügge in a statement.

The researchers used images collected by NASA’s Galileo spacecraft to come up with their theory.

While the ocean is widely believed to be warm, researchers are only just learning that it likely formed due to the minerals being broken down by either tidal forces or radioactive decay, according to Universe Today.

The model created by the researchers showed that the water on Europa transforms into ice at the later stage of impact, with increased salinity, effectively moving sideways through Europa’s ice shell before it becomes even saltier.

“We developed a way that a water pocket can move laterally – and that’s very important,” Steinbrügge added. “It can move along thermal gradients, from cold to warm, and not only in the down direction as pulled by gravity.”

“Even though plumes generated by brine pocket migration would not provide direct insight into Europa’s ocean, our findings suggest that Europa’s ice shell itself is very dynamic,” explained study co-author Joana Voigt.

In August 2019, NASA confirmed it would launch a mission to Europa, a trek that could answer whether the icy celestial body could be habitable for humans and support life.

The Europa Clipper, which could launch as soon as 2023 but has a baseline commitment of a “launch readiness date by 2025,” will have a mass spectrometer on the craft, used to determine the mass of ions in an atom.

The mission for the solar-powered Clipper is expected to cost around $4 billion, according to NASA. The space agency has previously said the mission’s purpose was to investigate whether Europa, the sixth-largest of Jupiter’s 79 known moons, “could harbor conditions suitable for life, honing our insights into astrobiology.”

In December 2019, a study suggested that if there is life on Europa, it would be indigenous to the moon and not related to humans.

Tags:erupting, place, solar, system, water
We use cookies on our website to give you the most relevant experience by remembering your preferences and repeat visits. By clicking “Accept All”, you consent to the use of ALL the cookies. However, you may visit "Cookie Settings" to provide a controlled consent.
Cookie SettingsAccept All
Manage consent