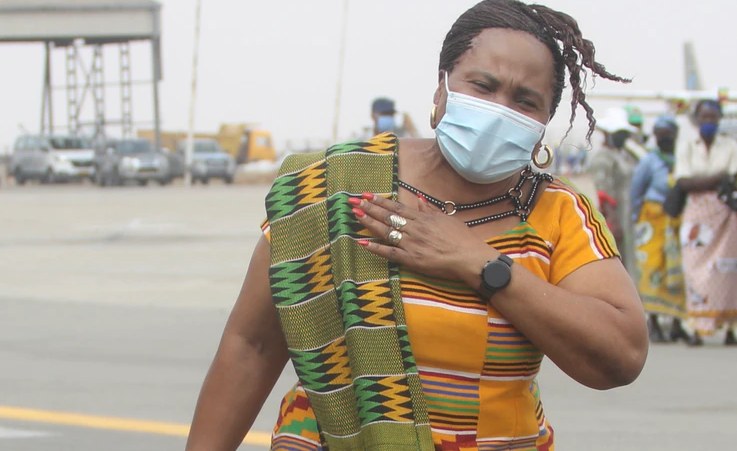 Harare — Hundreds of Zimbabweans protested Wednesday about a shortage of COVID-19 vaccines as the country awaits more doses from China. The government wants to inoculate at least 60% of Zimbabwe’s more than 14 million people by the end of the year but has struggled to get the necessary supplies.
Claudina Maneni brought her 60-year-old mother to get her second vaccine dose Wednesday at Wilkins Hospital, Zimbabwe’s main COVID-19 vaccination center.
She was among people who arrived at 4 a.m. but waited in vain for hours.
The crowd demanded to see authorities and began to protest but dispersed upon hearing police were on their way.
Maneni says she wonders why Zimbabwe’s finance minister, Mthuli Ncube, has not imported more vaccines to avert shortages.
“That’s the problem with freebies. Shortages must affect those who want their first jabs,” she said. “I hear some private points are selling it. I will pass through to check. It must be them — government officials — taking vaccines to those places. They are not ashamed at all. There will be chaos here. Why did they call us to come for vaccination?”
On Wednesday, Dr. John Mangwiro, Zimbabwe’s junior health minister, refused to comment. Tuesday, he told state-controlled media that government would redistribute COVID-19 vaccines from areas with lower demand to those where uptake has been high to avert current shortages.
He said Zimbabwe still had more than 400,000 doses from the 1.7 million COVID-19 vaccines it got from China, Russia and India since February.

Updating media Tuesday about Zimbabwe’s COVID-19 situation, Information Minister Monica Mutsvangwa was mum about the shortages.
“As of 31st May, 2021, a total of 675,678 people had received their first dose of the COVID-19 vaccine and about 344,400 their second dose — this is across the country. Priority is being given to second doses,” she said.
After speaking, she did not field questions from reporters.
Calvin Fambirai, executive director of Zimbabwe Association of Doctors for Human Rights, says his organization is worried about the COVID-19 vaccine shortages with winter season approaching the region.
“The vaccine shortages could have been avoided if there was proper planning on part of the government,” he said. “Although we understand the limited availability of vaccines on the market, we have some countries like South Africa, which entered into bilateral deals with manufacturers. We cannot afford to rely on donations, government must be proactive and secure the vaccines for all Zimbabweans.”
Last week, Dr. Matshidiso Moeti, the World Health Organization’s director for Africa, appealed for at least 20 million vaccines of second doses for everyone who received their first shots on the continent to curtail a potential third wave of COVID-19.
Zimbabwe has 38,998 confirmed coronavirus infections and just under 1,600 deaths, according to Johns Hopkins University, which tracks the global outbreak.