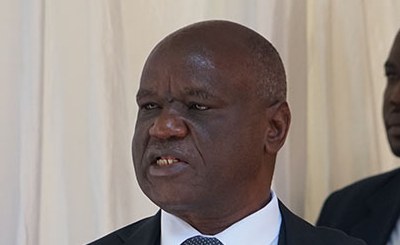 The Judicial Services Commission (JSC) has opposed an application by top lawyer and Zimbabwe Human Rights NGO Forum boss Musa Kika, who is challenging the extension of Chief Justice Luke Malaba’s term of office by President Emmerson Mnangagwa who has been granted the legal tools to do so by the enactment of Constitutional Amendment No. 2.
The lawyers aver that the law unfairly gave the incumbent too much power and the prerogative to extend judges’ terms of office to his advantage.
In the court challenge, the lawyers cited Justice Minister Ziyambi Ziyambi, Malaba and all the 16 judges of the Constitutional and Supreme Court as respondents in the case.
In a response filed through its Walter Chikwanha, JSC said lawyers’ challenge was faulty in that they should have sued Mnangagwa in his personal capacity as opposed to the Justice minister and the judges.
Mnangagwa Wednesday controversially extended Malaba’s tenure by five years, less than 72 hours before the country’s head of the judiciary was due to reach his retirement age of 70.

The country’s top jurist’s birthday is this Saturday.
By virtue of reaching 70, Malaba was set to retire from the bench.
But a law to amend Constitutional provisions that put a cap on the retirement age of judges was rushed through parliament with the President assenting to it just before Malaba celebrated his birthday.
The extension of Malaba’s term was done just as lawyers were challenging the move through the High Court.
Mika, in his submissions, said even if his application was to flop, Malaba could still not benefit from such an extension.
Chikwanha, in response, said Kika’s application was fatal in that it did not specifically challenge the amendment but sought to interdict Malaba from holding office beyond his 70 years of age.

“It is respectfully submitted that to the extent that the application is not seeking to invalidate the Constitutional Amendment No 2, the relief by the applicant is incompetent,” he said in his founding affidavit on behalf of JSC.

Chikwanha said the amendment in question was now part of the national law because it has not yet been challenged and declared invalid or set aside.
“No cause of action can arise in terms of the relief sought based on the previous unamended institution of Zimbabwe,” he said.
“Without addressing the merits of the applicant’s contention, I’m advised that the failure to cite the Parliament, Speaker of the National Assembly and the Senate President as parties hereto is a material non-joinder which renders the application fatally defective.
“I’m also advised that the failure to cite the President of Zimbabwe in these proceedings is also a fatal misjoinder as the President is responsible the assenting to any Constitutional Bills that have been validly passed by the National Assembly and Senate.”
He also said citation of deputy chief justice, Supreme Court and current acting judges of the Constitutional and Supreme Courts was not correct and was just aimed at embarrassing them.
It is his submission, Kika has not set out any basis why this application can be considered on an urgent basis.
“The applicant has been aware of the impending amendment to the retirement age of judges of the Constitutional and Supreme Court since December 2019. The urgency is self-created.”
The JSC secretary also said Kika could still explore other channels such as seeking declaratory orders than seek to jump the queue and have his matter heard now.
He prayed the application should be struck off the urgent roll.