HomeBlack ActivistsWho is Stacey Abrams and how did she sway Georgia election results? 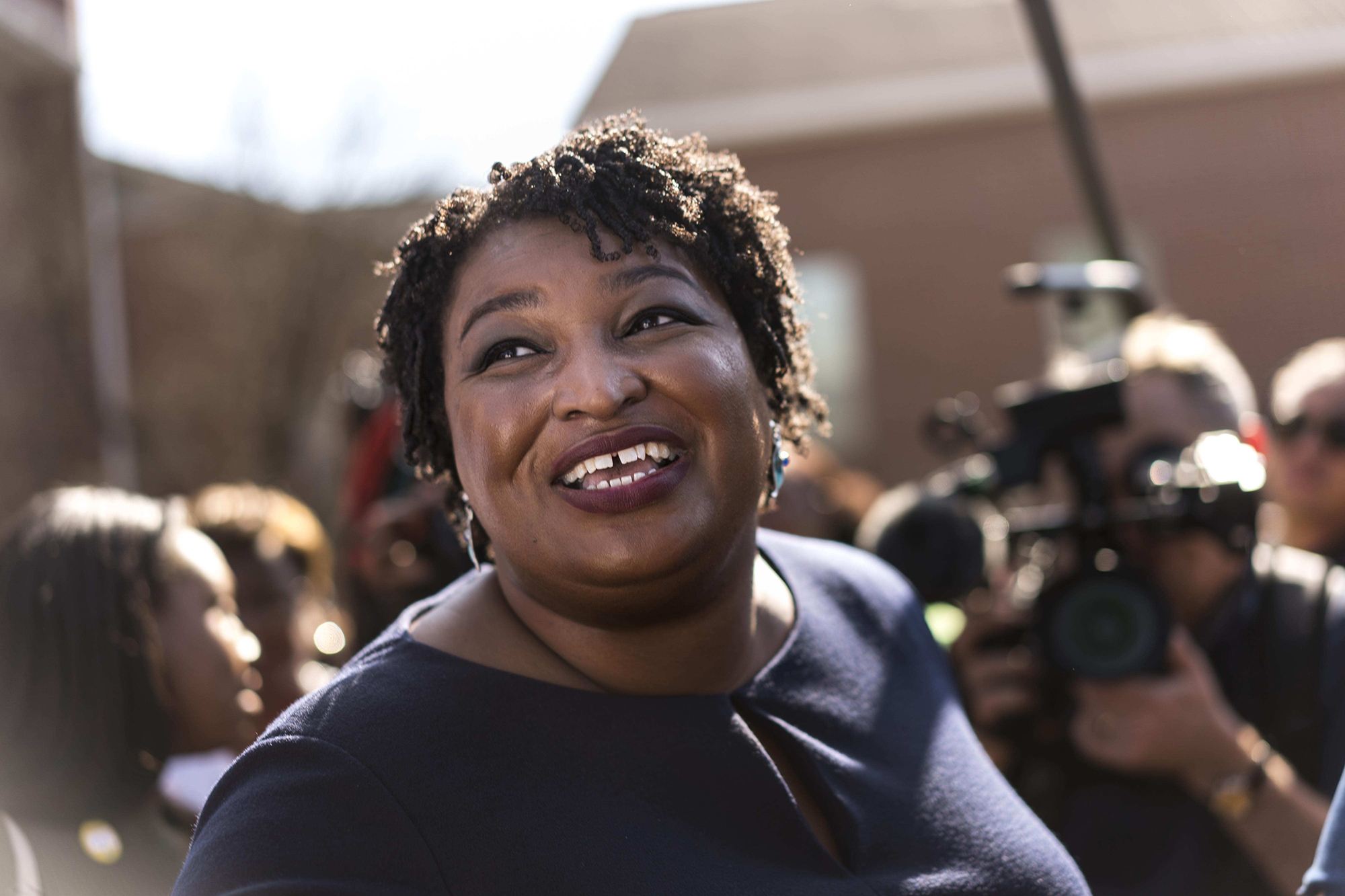 Georgia Democrat Stacey Abrams campaigned openly to become Joe Biden’s running mate — but despite her being passed over, many fellow Democrats credit her with what’s starting to look like a win in the Peach State.
Abrams, 46, emerges from the Nov. 3 election with a boosted profile and validation of her claim that Georgia is a swing state. The current count there favors Biden by 1,579 votes.
The Yale Law School grad, who barely lost in her bid to become governor in 2018, now is the subject of preliminary chatter about a role in a Biden administration. Supporters on social media are promoting her for attorney general.
“We’ve got a very strong ground game in Georgia because of the leadership of Stacey Abrams,” Sen. Chris Coons (D-Del.), a close Biden ally, said in a Thursday MSNBC interview.
Georgia is one of the final states to complete ballot counting, keeping the presidential election outcome in limbo. The state hasn’t been won by a Democratic presidential candidate since 1992, when Southerner Bill Clinton won a three-way race.
Stacey AbramsThe Washington Post via Getty Images
The Wisconsin-born and Gulfport, Miss.-raised Abrams lost her campaign for Georgia governor to Republican Brian Kemp by fewer than 55,000 votes, and her candidacy harnessed a remarkable upswing in Democratic support in the traditionally conservative bastion.
She defiantly refused to concede to Kemp, saying that “concession means to acknowledge an action is right, true or proper.”

Steve Cohen is free to begin his transformation of the…

Abrams and many others blamed her loss on Kemp’s purge of 1.4 million registered voters in his role as Georgia’s secretary of state, which many called a conflict of interest that should have seen him recuse himself from that role amid the election. National Democrats rallied to Abrams’ cause.
After her defeat, Abrams formed the organization Fair Fight last year to push her policy priorities, and supporters credit her with contributing to an 800,000-person increase in registered voters in Georgia since 2016.
But Abrams’ candid ambition grated on fellow Democrats, and Biden ultimately chose another black woman, Sen. Kamala Harris (D-Calif.).
Stacey AbramsGetty Images
Rep. William Lacy Clay of Missouri said of Abrams at the time, “I’ll tell you what is somewhat offensive to me, is when you are marketing yourself as a VP candidate … For you to be out there marketing and putting on a PR campaign that way, I think it’s inappropriate.”
In an April interview for Elle magazine, Abrams made the case that “I would be an excellent running mate.”
A key weakness for Abrams was that she’s never won a statewide election, although she was minority leader of the Georgia House of Representatives from 2011 to 2017.
President Trump scoffed at Abrams’ potential influence, saying she could not win even with major endorsements.
“They had President Obama, they had Michelle Obama, they had Oprah Winfrey, they came in, and all he [Kemp] had was Donald Trump,” the president told a Mississippi rally crowd last year. “Stacey Abrams wants to give illegal aliens the right to vote,” Trump insisted.
Still, some experts said Abrams doesn’t deserve all the credit if Georgia ultimately helps Biden secure the White House.
“Lots of people seem to think Stacey Abrams led an army that registered a million people or something,” tweeted David Broockman, a political science professor at the University of California at Berkeley. “The truth seems more straightforward: in 2016 Georgia implemented automatic voter registration. The lesson is to push your state to do the same!”

Stacey Abrams (center) and others speak during the second night of the Democratic National Convention on Tuesday, Aug. 18, 2020. AP

Steve Cohen is free to begin his transformation of the…

For four years, residents who get a driver’s license in Georgia are automatically registered to vote, the Atlanta Journal-Constitution reported. A Brennan Center for Justice study last year tied a 94 percent increase in voter registration to that law.

Tags:abrams, election, Georgia, results, stacey
We use cookies on our website to give you the most relevant experience by remembering your preferences and repeat visits. By clicking “Accept All”, you consent to the use of ALL the cookies. However, you may visit "Cookie Settings" to provide a controlled consent.
Cookie SettingsAccept All
Manage consent