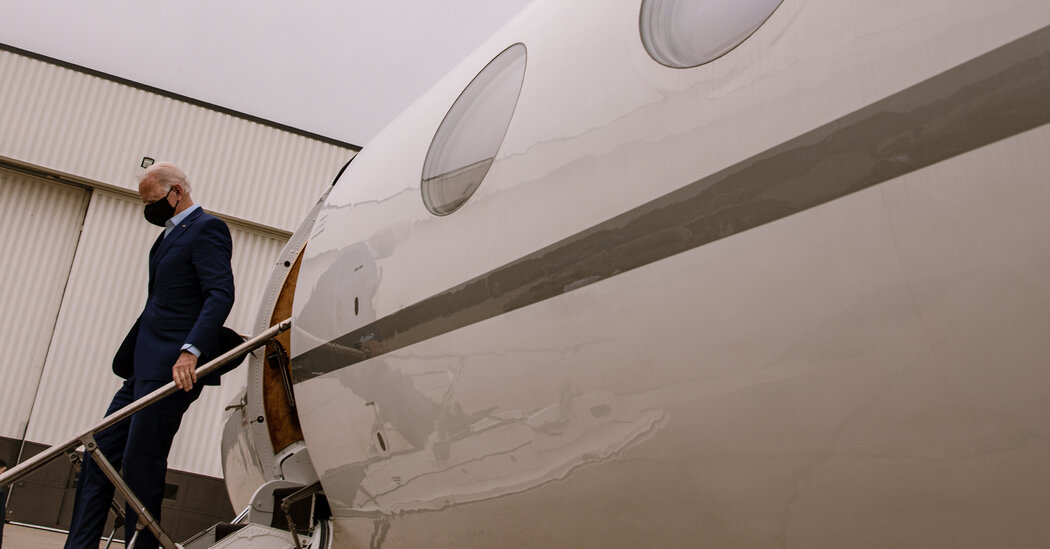 Joseph R. Biden Jr. will travel to New York and Pennsylvania on Friday to commemorate the 19th anniversary of the Sept. 11 terrorist attacks as he and President Trump put forth radically different visions of what it means to comfort a nation in mourning.Mr. Biden and his wife, Jill Biden, will attend the National September 11 Memorial & Museum’s commemoration ceremony before traveling to Shanksville, Pa., where a campaign statement said that they would “pay their respects to the victims of Flight 93,” the plane that was hijacked and crashed into a field after passengers fought back.Vice President Mike Pence and his wife, Karen, are also scheduled to attend the ceremony in New York, as well as another ceremony there. Mr. Trump and his wife, Melania, are expected to attend the memorial service in Shanksville in the morning.Mr. Biden’s running mate, Senator Kamala Harris, and her husband, Douglas Emhoff, will attend a remembrance ceremony in Fairfax, Va., and Ms. Harris will speak.While Mr. Biden and Mr. Trump will each be honoring the Americans who died in the attacks, their sharply divergent approaches to showing empathy may be on display on Friday. Mr. Biden, who has suffered a series of family tragedies, is perhaps at his best when comforting someone else grappling with grief, whether in a one-on-one conversation or while giving a eulogy. Mr. Trump, a lover of campaign rallies, is not known for those skills.Their appearances come against a backdrop of heated exchanges over honoring America’s war dead. Last week, The Atlantic reported that Mr. Trump had referred to American soldiers killed in combat during World War I as “losers” and “suckers,” among other instances of being dismissive of military service, assertions Mr. Trump has denied. Mr. Biden has expressed outrage over the reported remarks, declaring them to be “disgusting,” “un-American” and “unpatriotic.” Mr. Biden’s late son Beau Biden, who died of brain cancer, served in the Iraq war.Mr. Biden has begun to travel more frequently, and Friday is another example of his stepped-up schedule of in-person appearances. He has visited Pennsylvania and Michigan this week, and he is scheduled to travel to Florida, Pennsylvania and Minnesota next week.The annual Sept. 11 ceremony at ground zero ended up being a heavily scrutinized moment in the last presidential race, as Hillary Clinton left abruptly and had to be helped into a van, a scene that was captured on video. Mrs. Clinton had received a diagnosis of pneumonia two days earlier, but her campaign did not disclose it until hours after she left the ceremony.