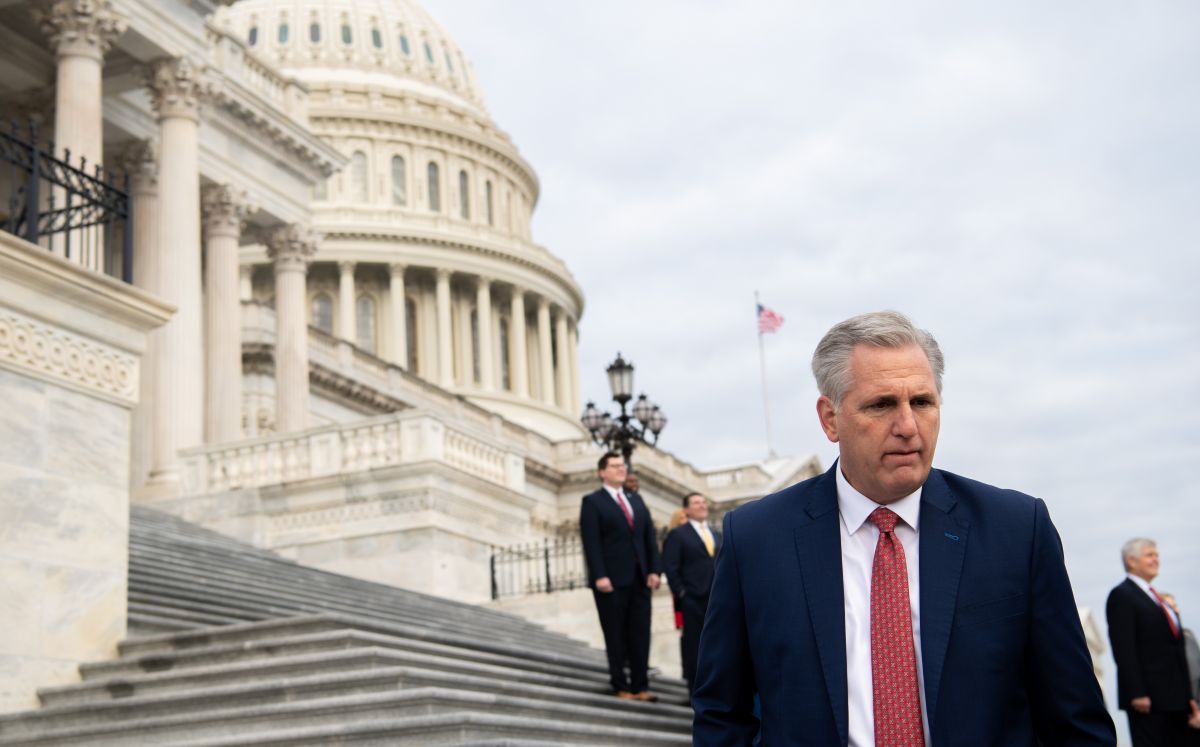 February 12, 2021
Today was the the fourth day of former president Donald Trump’s second impeachment trial. The president’s legal team attempted to answer the arguments of the House impeachment managers, who outlined the horrific events of January 6, 2021, when a violent mob stormed the U.S. Capitol while a joint session of Congress was counting the certified electoral votes to make Democrat Joe Biden president and blamed the former president for inciting the insurrectionists.
The House impeachment managers had put together a damning presentation over the past two days, leaving Trump’s lawyers with the goal simply of providing enough cover for Republican senators to vote to acquit. They had 16 hours to present their case.
They took less than four.
Led by a new spokesman, Michael van der Veen, a former personal injury lawyer from Philadelphia, Trump’s lawyers brought to the floor of the Senate the same tactics the former president used for his four years in office. Rather than engaging in substantive discussion of the merits of the case—which, in fairness, ran pretty heavily against them—they delivered sound bites for right-wing media. They lied about facts, insisted that Trump’s language leading to the riot was the same sort of rhetoric all politicians use, insulted and talked back to the senators, and claimed Trump was the victim of years of witch hunts by Democrats who hate him.
This approach had been enough to make one of his lawyers, David Schoen, quit briefly, but Trump allegedly “loved” it. He had been angry at his lawyers’ meandering defense earlier in the week, but this was more his style. “His base will be pleased,” a former aide told Meridith McGraw and Gabby Orr of Politico. “[H]e had four hours of free television to pitch [to the public].” Defending the former president, his team even reached back to defend his embrace of the white supremacist rioters at the 2017 Unite the Right rally in Charlottesville, Virginia. “Charlottesville was shown because it gave free airtime to explain it. Previously nobody in media would run with the excuse. Now it’s out there,” said the former aide.
After the presentation, though, the senators questioned the former president’s lawyers, and revealed two key pieces of information.
First, Trump’s lawyers refused to say that he lost the election. Trump’s big lie, the lie that has driven his attack on our democracy, is that the outcome of the 2020 election was rigged and that, in reality, he won it in a landslide. There is no merit to this argument. It has been dismissed by state election boards across the country and by our courts, including the Supreme Court. But he continues to refuse to concede the election, fueling a movement that threatens to create a long-term domestic insurgency. His lawyers today endorsed that position.
The other key information centered on what Trump did during the attack on the Capitol.
Senators Susan Collins (R-ME) and Lisa Murkowski (R-AK) asked: “Exactly when did President Trump learn of the breach of the Capitol? And what specific actions did he take to bring the rioting to an end? And when did he take them? Please be as detailed as possible.”
Van der Veen responded by blaming the House managers for not answering that question although, of course, it is his client who knows the answer and who refused to testify.
Senator Mitt Romney (R-UT) then joined Collins in asking whether Trump knew Pence was in danger when he sent a tweet saying: “Mike Pence didn’t have the courage to do what should have been done to protect our Country and our Constitution, giving States a chance to certify a corrected set of facts, not the fraudulent or inaccurate ones which they were asked to previously certify. USA demands the truth!”
Van der Veen said definitively, “The answer is no, at no point was the President informed the vice president was in any danger.” He then turned back to blaming the House managers for the lack of information.
But Senator Bill Cassidy (R-LA) noted that, according to Senator Tommy Tuberville (R-AL), Trump had been on the phone with him just before he sent the tweet, and Tuberville had told Trump that Pence had been evacuated. “The tweet and lack of response suggest that President Trump did not care that Vice President Pence was endangered, or that law enforcement was overwhelmed,” Cassidy noted. “Does this show that President Trump was tolerant of the intimidation of Vice President Pence?”

Sen. Tuberville just told me he stands by his account that he told Trump that Pence had been evacuated. “He said a few things I said: ‘Mr President, they’ve taken the vice president out. They want me to get off the phone, I gotta go.’” He said he doesn’t recall the time.
— Manu Raju (@mkraju) February 12, 2021

Van der Veen disagreed with Tuberville’s statement, and pivoted again to the House managers’ lack of an investigation.
At the end of the day, it was clear a number of Republican senators were troubled by the lawyers’ refusal to engage with the facts of the case or with the House managers’ argument, but it seemed as if Trump’s lawyers had provided enough cover for them to be able to vote to acquit.
And then someone threw a spanner in the works.
Just after the Senate adjourned for the day, CNN broke the story that gave details about a phone call between House Minority Leader Kevin McCarthy and Trump as the rioters were breaching the Capitol. As McCarthy begged the then-president to call off his supporters, who were at that point breaking into his office, Trump allegedly said, “Well, Kevin, I guess these people are more upset about the election than you are.” The two men began to shout at each other, with McCarthy demanding: “Who the f*ck do you think you are talking to?”
Trump did not call off the rioters for several more hours.
The story is explosive, showing that Trump did indeed know of the lawmakers’ danger and that he refused to help them.
Also interesting, though, is that this story came from “multiple” Republican lawmakers, who provided detailed information to the journalists at this crucial moment. They said that Trump had no intention of stopping the riot. “He is not a blameless observer,” one said, “he was rooting for them.” One of the sources named in the story, Representative Jaime Herrera Beutler (R-WA), said, “That line right there demonstrates to me that either he didn’t care, which is impeachable, because you cannot allow an attack on your soil, or he wanted it to happen and was OK with it, which makes me so angry.”
Another source, Representative Anthony Gonzalez (R-OH) said, “He was not sorry to see his unyieldingly loyal vice president or the Congress under attack by the mob he inspired. In fact, it seems he was happy about it or at the least enjoyed the scenes that were horrifying to most Americans across the country.”
Herrera Beutler had shared the details of the story before, but it had not gotten traction. Now, apparently, a number of Republicans are so concerned that the Senate will vote to acquit the former president they have gone to the press.
And then someone from Pence’s team told reporters that van der Veen was lying when he said the president did not know about Pence’s danger.
So, as Senator Sheldon Whitehouse (D-RI) wrote tonight, “Tomorrow just got a lot more interesting.”

One way to clear it up? Suspend trial to depose McCarthy and Tuberville under oath and get facts. Ask Secret Service to produce for review comms back to White House re VP Pence safety during siege. What did Trump know, and when did he know it?
— Sheldon Whitehouse (@SenWhitehouse) February 13, 2021

We are pleased to be presenting daily posts from Heather Cox Richardson’s “Letters From an American” email newsletter. You can sign up to receive it in your inbox here.