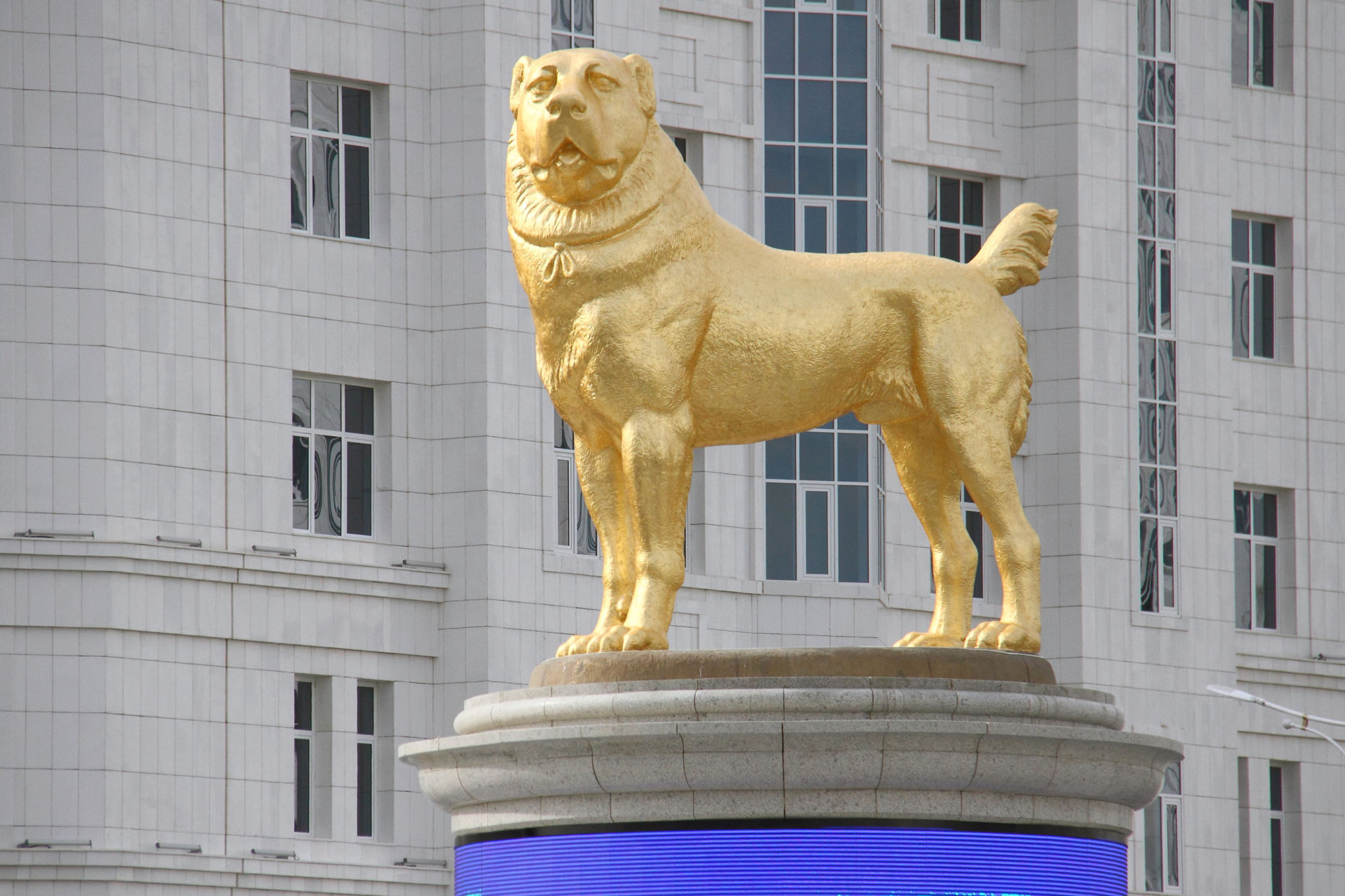 The president of Turkmenistan this week unveiled 19-foot statue, gold-coated sculpture of his favorite breed of dog on a bustling traffic circle in the Central Asian country’s capital city.

The gilded statue, which towers over the streets below from atop a grand pedestal in Ashgabat, honors the Central Asian shepherd dog known locally as Alabai.

“Pride and self-confidence” are reflected in the massive monument that shows the robust-looking dog with standing alert with its head held high, the state news agency of Turkmenistan said.

President Gurbanguly Berdymukhamedov was seen gazing up at the statue during the unveiling ceremony, which also included song, dance and a real-life Alabai puppy, according to a state TV report.

The pedestal below the canine statue features a wraparound LED screen showing the country’s beloved breed of dog running around in various settings.

Berdymukhamedov — who is unofficially known as Arkadag or protector — has run the former Soviet republic since 2007 and has hailed the Central Asian shepherd dog as Turkmenistan’s  national heritage.

He has written a book, as well as a poem, about the breed — and famously gifted an Alabai puppy to Russian President Vladimir Putin for his 65th birthday in 2017.

Alabais, nicknamed the wolf crusher, are used to guard homes and for dog fights in Turkmenistan.

The gigantic dog statue joins another gold-leafed monument on a different major intersection in the capital depicting Berdymukhamedov riding on a horse, which was unveiled in 2015.

Tags:golden, monument, turkmenistan, unveils
We use cookies on our website to give you the most relevant experience by remembering your preferences and repeat visits. By clicking “Accept All”, you consent to the use of ALL the cookies. However, you may visit "Cookie Settings" to provide a controlled consent.
Cookie SettingsAccept All
Manage consent