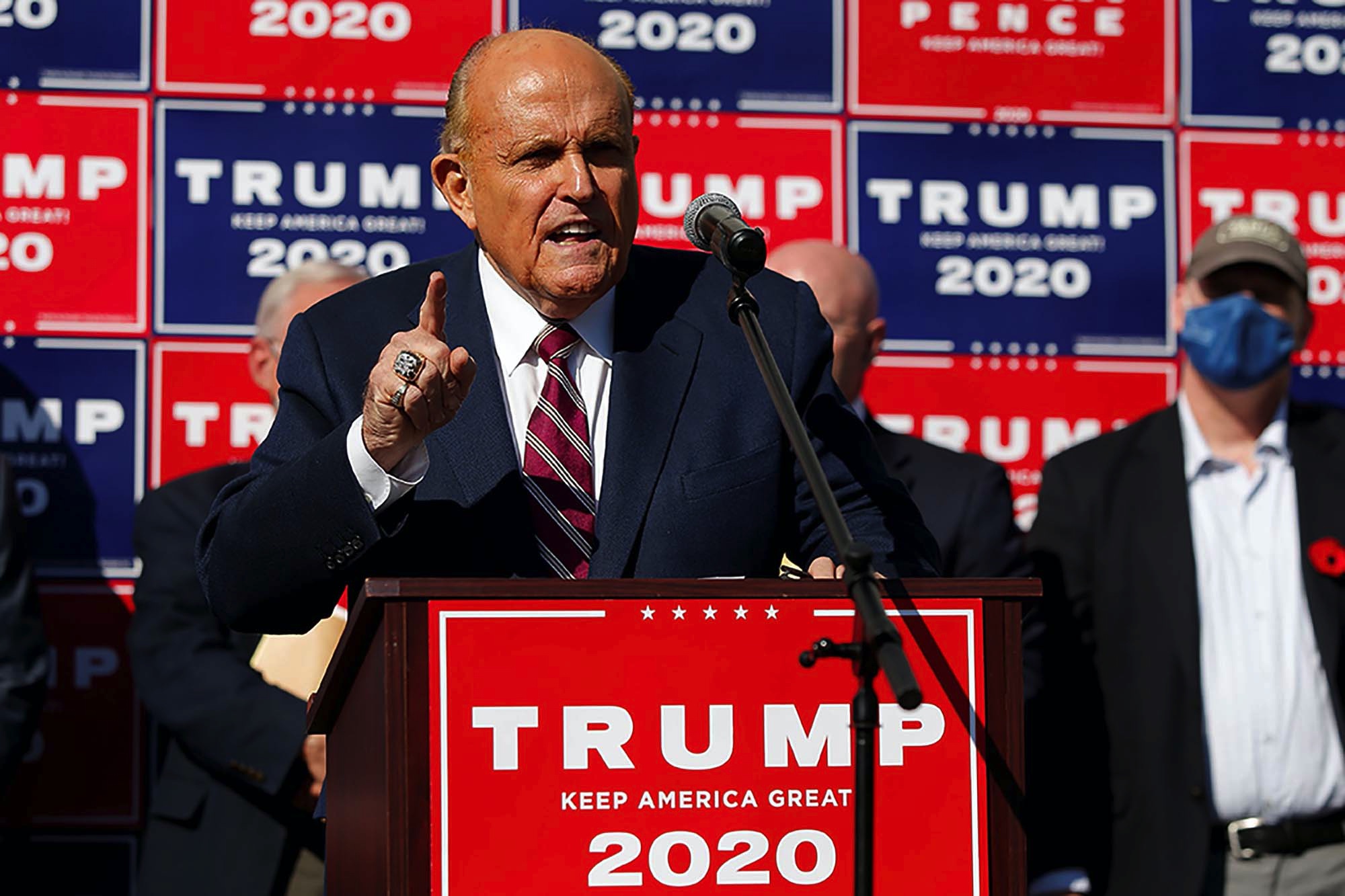 President Trump has tapped personal attorney Rudy Giuliani to helm his 2020 election result battles, putting him in charge of the campaign’s more than two dozen lawsuits and of all public statements concerning them, according to a report.

Earlier in the day, the campaign had abandoned as moot its lawsuit alleging that the use of Sharpies caused some ballots to be wrongly rejected — with the lawyers conceding that the number of contested ballots wouldn’t change the outcome of the election, NBC reported.

“The tabulation of votes statewide has rendered unnecessary a judicial ruling as to the presidential electors,” the campaign’s lawyers said.

Giuliani’s new role may only cause more division inside the campaign — his supportive presence has already “vexed” other campaign officials, who fear he is giving the president unwarranted optimism, the Times said.

Trump — who has not conceded the race against President-elect Joe Biden — has filed multiple lawsuits challenging the election results, most of which have been already been shot down in Pennsylvania, Michigan and Georgia.

Giuliani appeared at a press conference last week in Pennsylvania to announce the campaign would take steps to stop what they called “rampant corruption.”

“They’re not going to steal this election. This election is decided by the people,” Giuliani said.

Tags:charge, election, giuliani, lawsuits, trump
We use cookies on our website to give you the most relevant experience by remembering your preferences and repeat visits. By clicking “Accept All”, you consent to the use of ALL the cookies. However, you may visit "Cookie Settings" to provide a controlled consent.
Cookie SettingsAccept All
Manage consent