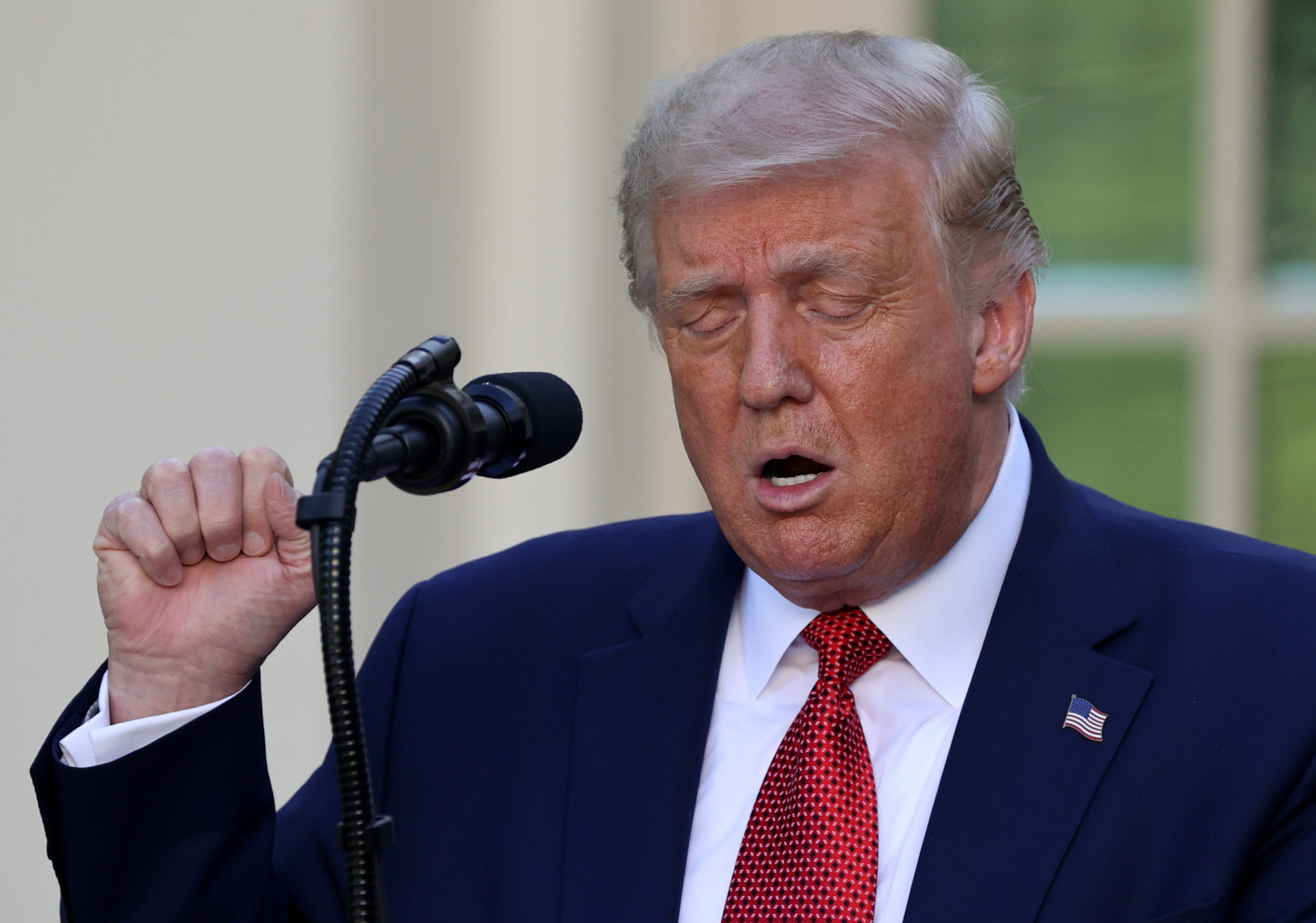 Even though he has yet to develop a national strategy to fight the continued spread of the coronavirus, Donald Trump’s new focus appears to be on dismantling a social media platform.
The president announced on Friday that he would act as soon as Saturday to ban the Chinese-owned video app, TikTok, in the United States, either through executive order or another method.
As Trump wages war on a video app, he has essentially given up on trying to develop a strategy to fight a pandemic that has claimed nearly 160,000 American lives.

On Thursday, when a reporter pressed him for not yet coming out with a coronavirus plan, Trump spiraled into an incoherent rant about a vaccine, which is likely still months away from being ready.
“I think you’re going to see something that’s going to be spectacular,” Trump said of his yet-to-be-released plan.
The week before, Trump said his administration is “in the process of developing a strategy that’s going to be very, very powerful.”
There is likely no plan in development. Instead, Trump is hoping that endless fact-free, made-for-TV press conference will give off the illusion that he’s in control of this crisis.
Trump’s TikTok announcement comes weeks after app users tried to sabotage his campaign event
Concerns over TikTok are legitimate, with leaders in both political parties sounding the alarm over the potential that China could use the platform to spy on Americans or interfere in U.S. elections.

But it’s important to remember that the motivation behind anything Donald Trump says or does is almost always self-serving.
Keep in mind, this is a president who has repeatedly let Russia off the hook for interfering in the last presidential election, all because it boosted his campaign against Hillary Clinton.
This is a president who still – after 36 days – hasn’t taken action amid reports that Russia is paying to have American troops killed in Afghanistan.
It’s unlikely that Trump suddenly became concerned about foreign interference overnight. What’s more probable is that there is a personal motivation behind Trump’s potential ban.
In fact, as Bloomberg notes, “Trump’s threat to ban TikTok came just a few weeks after reports that many TikTok users had tried to sabotage a Trump campaign rally by requesting tickets they never planned to use and coordinated a push to flood Trump’s 2020 campaign app with negative reviews.”
Regardless of the motivation behind Donald Trump’s war on TikTok, he appears to be working harder to eradicate the app than he is on controlling a deadly virus.
Follow Sean Colarossi on Facebook and Twitter
Sean Colarossi currently resides in Cleveland, Ohio. He earned his Bachelor of Arts degree in Journalism from the University of Massachusetts Amherst and was an organizing fellow for both of President Obama’s presidential campaigns. He also worked with Planned Parenthood as an Affordable Care Act Outreach Organizer in 2014, helping northeast Ohio residents obtain health insurance coverage.