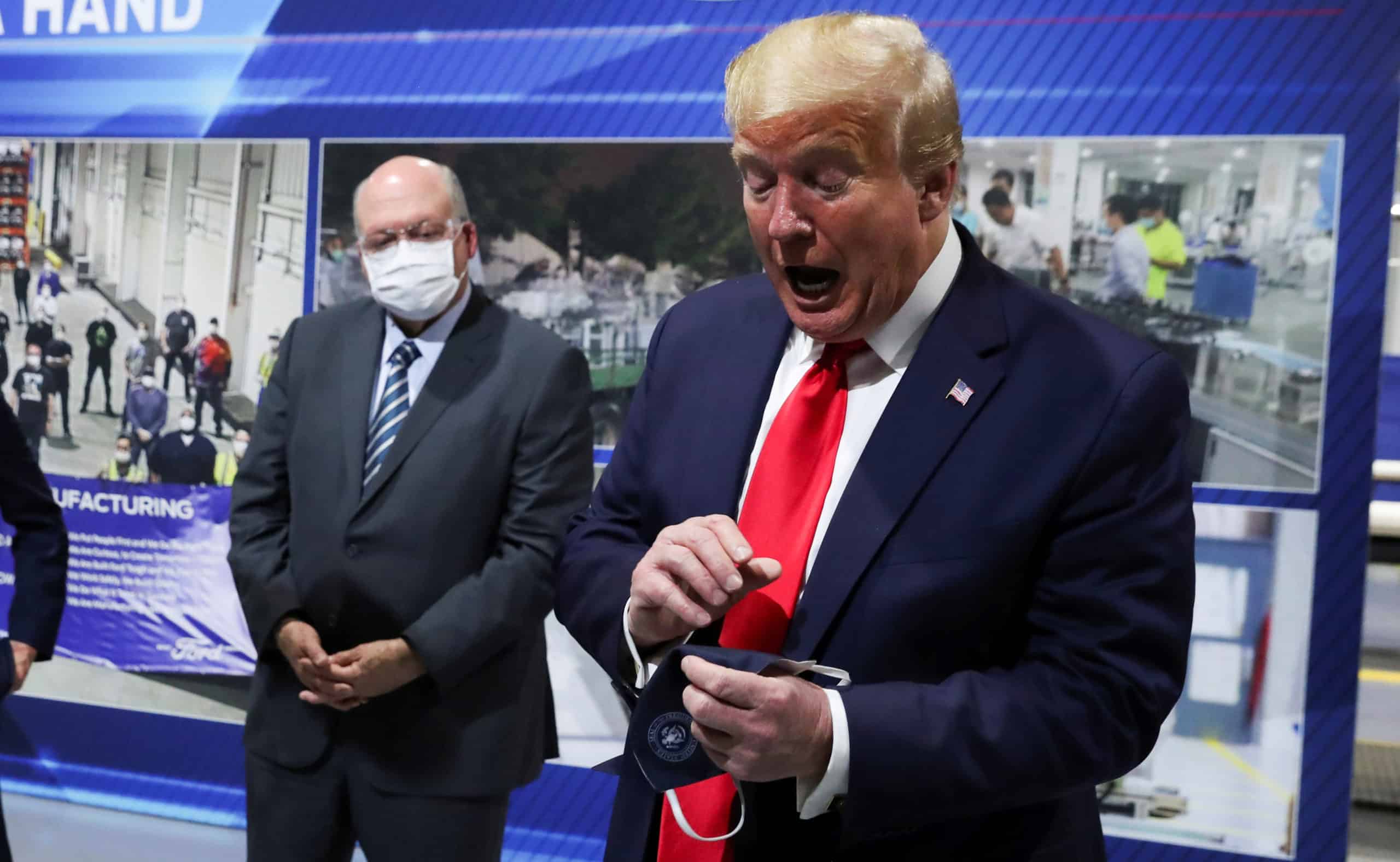 In a bizarre email to his supporters with the subject line “Patriots Wear Face Masks,” Donald Trump halfheartedly endorsed the use of face coverings to prevent the spread of coronavirus.
“I don’t love wearing them either,” Trump said in the campaign email. “Masks may be good, they may be just okay, or they may be great. My feeling is, we have nothing to lose.”
Trump concluded, “I recently tweeted that many view wearing a mask as a patriotic act, and there is no one more patriotic than me and you. Why not give it a shot!”

Trump’s semi-reversal on masks is too little, too late
Set aside the fact that Donald Trump clearly wrote this bizarrely-worded email himself, without any campaign adviser brave enough to tell him how ridiculous it sounds.
Nearly seven months after the first coronavirus case was reported in the United States, this sudden 180 on face coverings is simply too little, too late.
The president spent months turning mask-wearing into a political issue, which has convinced many of his supporters that face coverings are either a sign of weakness or a government conspiracy.
Two months ago, in fact, Trump was literally running Facebook ads mocking former Vice President Joe Biden for setting an example and wearing a mask in public.

As his coronavirus approval ratings tank, Trump may have finally warmed up to the idea of wearing face masks. But the damage he has already done is irreparable.
It took crashing poll numbers and 160,000 dead Americans for Donald Trump to finally send out a lukewarm endorsement of life-saving face coverings.
Follow Sean Colarossi on Facebook and Twitter
Sean Colarossi currently resides in Cleveland, Ohio. He earned his Bachelor of Arts degree in Journalism from the University of Massachusetts Amherst and was an organizing fellow for both of President Obama’s presidential campaigns. He also worked with Planned Parenthood as an Affordable Care Act Outreach Organizer in 2014, helping northeast Ohio residents obtain health insurance coverage.