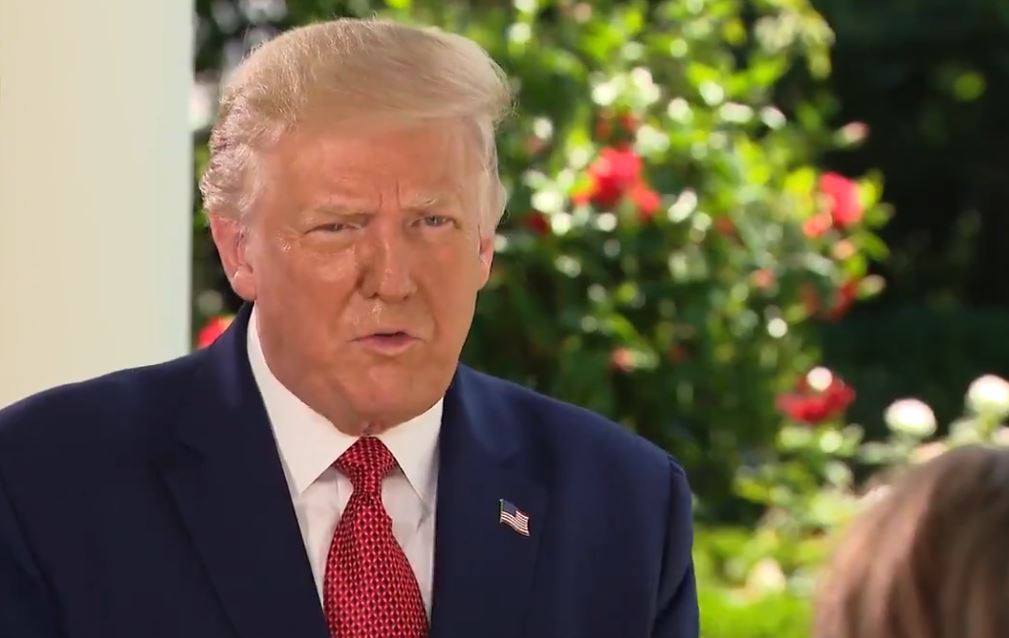 President Donald Trump attacked Democrat Joe Biden, his electoral opponent, after Biden announced a $700 billion economic plan that touts environmental protection measures as a means for restoring economic growth.
“Our past vice president opposes — think of this — all of our permitting reforms,” Trump said to an audience in Atlanta during a speech in which he announced a rollback of the National Environmental Policy Act (NEPA), which would speed up approval of major pipeline and highway projects, a move that critics say would disproportionately hurt poor and minority communities.
“Biden is happy to tie up projects in red tape, and we want to get things built,” he added.

Biden campaign spokesman Matt Hill soon responded.
“No one should be fooled that Donald Trump is attempting to destroy a bipartisan, cornerstone law to distract from the fact that ‘Infrastructure Week’ never happened and never will happen as long as he is president,” Hill said. “He has failed to deliver any real plan to create jobs and instead is cutting corners to once again ignore science, experts, and communities and reservations entitled to clean air, water, and environments.”
Biden’s clean energy platform suggests he would reject Trump’s NEPA regulations. A section of the platform reads, “Biden will ensure that frontline and fenceline communities are at the table when enforcement, remediation, and investment decisions affecting those communities are made.”