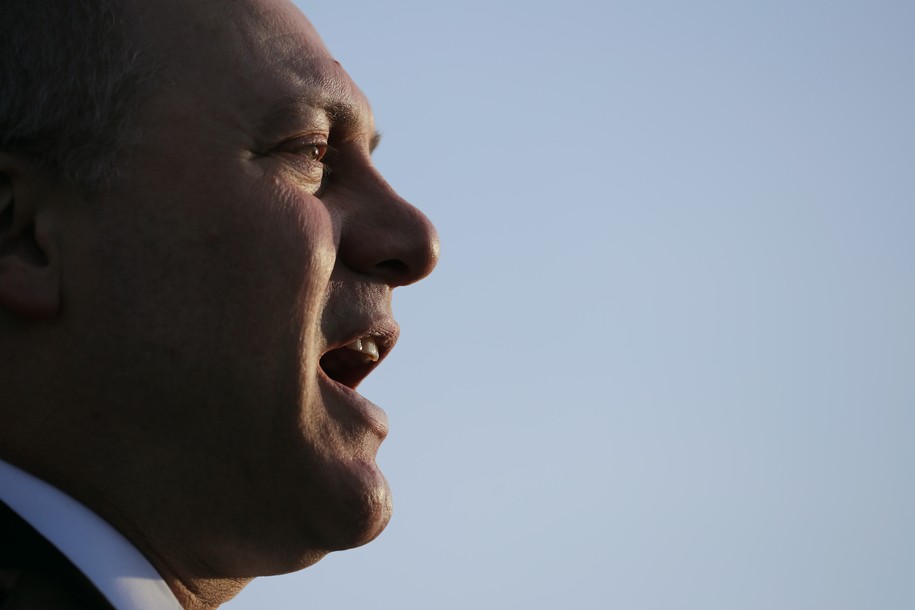 “Though Ady would have loved Joe Biden to announce in this interview that he is in favor of defunding the police, the Vice President never said it,” Liz Jaff, the president of Barkan’s Be A Hero political fund, said. In fact, what Biden said was that he had proposed reforms to, as Barkan put it, “reduce the responsibilities assigned to police and redirect some of the funding into social services, mental health counseling, and affordable housing.” But, Biden emphasized, “that’s not the same as getting rid of or defunding all the police.” Barkan got Biden to the most common ground he could find, but Scalise wanted more, so his video added the words “for police” to the end of a question in which Barkan clarifies “do we agree that we can redirect some of the funding?”

After Twitter labeled the video manipulated, Scalise backed down, a little.

“While Joe Biden clearly said ‘yes,’ twice, to the question of his support to redirect money away from police, we will honor the request of @AdyBarkan and remove the portion of his interview from our video,” Scalise tweeted Sunday night.

He took the same “yes, it was manipulated, but it was still somehow true” approach on Fox & Friends Monday morning. Asked by cohost Steve Doocy: “You were accused of manipulating a video, what do you have to say about that,” Scalise went with: “Well, you know look, it shouldn’t have been edited, but”—yes, there was a but, and the but was the claim that the manipulated video was fundamentally true. Even though Biden has repeatedly rejected the idea of defunding the police. Even though that was the answer Barkan was trying to get and not getting.

Scalise’s video also took some things out of context without directly manipulating them. A years-old clip showing Sen. Cory Booker (who may look like a very scary Black man to Scalise’s audience—that’s clearly the intent here, anyway) telling people at the National Conference on Ending Homelessness to “get up in the face of some congresspeople” in the sense of lobbying them is spliced together with a clip of someone physically getting in the face of people leaving the White House after Trump’s convention speech. The fact that this isn’t even considered worth noticing except as an afterthought on Scalise—a man who once described himself as “like David Duke without the baggage”—having used a man’s disability to enable the creation of an entire false quote is a reminder that Donald Trump is not the only Republican doing gross racist stuff and basically getting away with it.