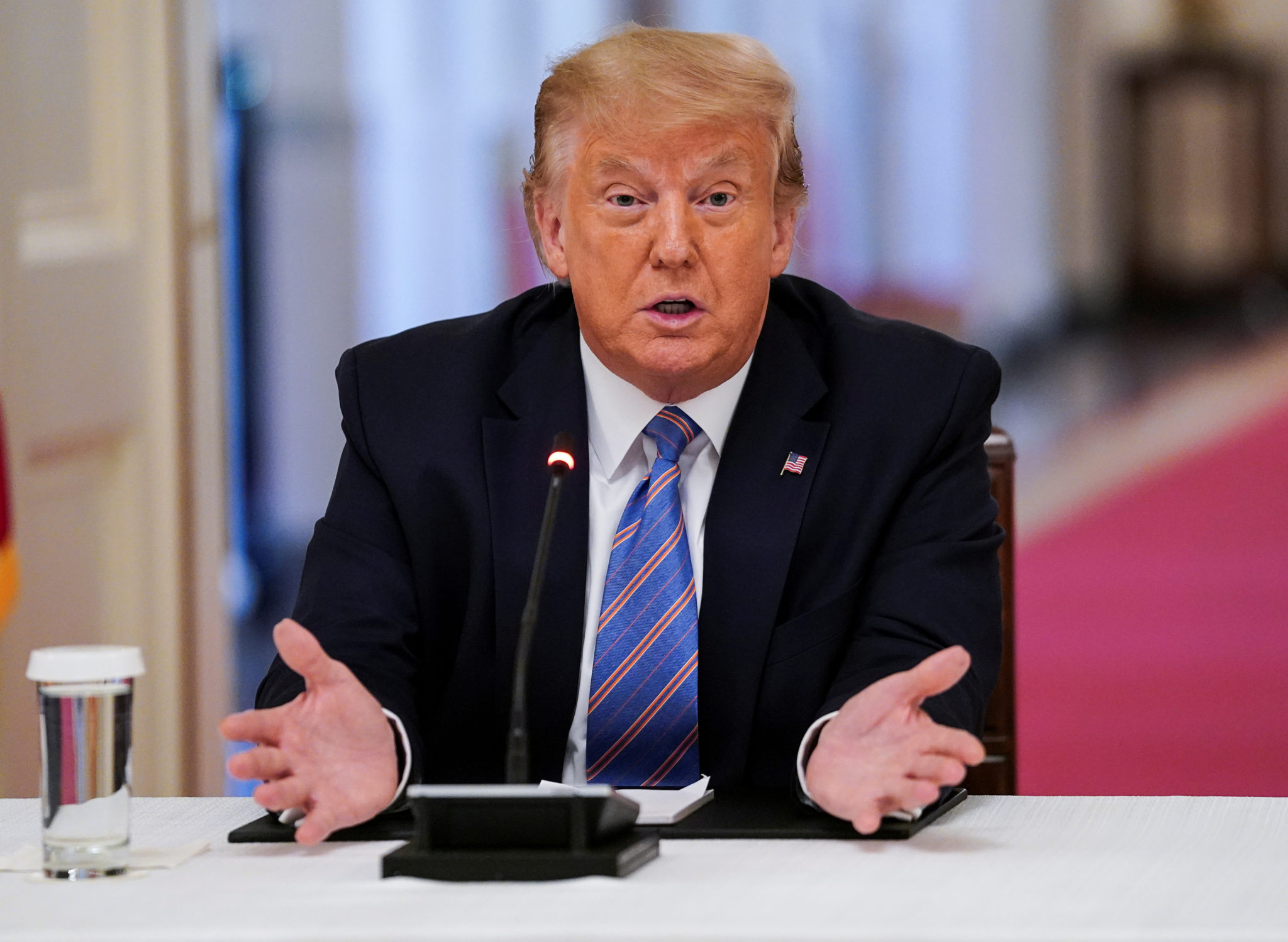 This term’s Supreme Court rulings prove that America’s democracy is destined to survive the incompetent dictator-wannabe currently occupying the White House. Without question, the rule of law and democracy won. The unanimous finding among Supreme Court Justices across the ideological spectrum used various methods of legal analysis to find that the president is not above the law – at least he isn’t this week.
Court watchers who hoped the court would definitely provide a prescription to our political woes were disappointed. SCOTUS sent both of the Trump financial records cases back to the lower courts with instructions. This has happened before, but with democracy being at stake, it seems disappointing this time.
The thing about unstable tyrannical types in the White House is that you have to keep watching them; you have to find the truth behind every lie they spew because their dishonesty surplus is how they balance the empathy deficit. You have to anticipate every dirty trick as they dodge and weave the Constitution the way criminals dodge the police.

If we learned nothing from this nightmare, it is that elections really do matter. When apathy sets in, even if you think you are justified, it means the wrong people choose presidents, Senators, Congressmen, state and local governments. It means the wrong judges are elected or appointed.
As important as this week’s wins for the rule of law were, the fact remains we will be on perilous ground until we see the Trump madness leave the White House – hopefully in a peaceful transfer of power if not sooner.
Democrats take note: the courts do matter. This week proved that even if we think the law is boring most of the time, it’s our safety net when all other safety nets frayed and withered away. There cannot be democracy without the rule of law and there cannot be a rule of law unless the law applies to everyone, including the most privileged of the privileged.
Heaven knows I’ve cursed the Roberts court, like when it threw immigrants, voters and women under the bus. Like when it gave a wink and a nod to corporate interests and when Ginny Thomas was a behind the scenes player in cases on which an ethical Judge Thomas would have recused himself.
But this week I saw hope that the Supreme Court would pivot back to the rule of law. It is this pivot, not what’s in the tax returns themselves, that matters. Like everyone else in America, I wanted Trump’s financial records out there for the world to see. We have a right to make informed decisions about the person we put in the White House. And if Neal Katyal is right, that could still happen.

But do we really need to know what’s in those tax forms to know that Trump is a threat to our existence as a country, to our lives, to our institutions and values? Trump should still be impeached even if elected him a second time. He deserves the actual stigma of impeachment vs. the one in his head about subpoenas. Hopefully the Senate will convict him and forever bar him from ever holding public office again. He earned that distinction in spades. But other than that, there is no real political benefit from knowing about Trump’s tax info (four years ago is an entirely different matter.)
Far more importantly, the Court preserved the oversight power, though it established rules which may be insufficiently deferential to the third, equal branch of government. The four criteria that Congress must meet are set out beautifully in this analysis by Sean Kealy.
In short, the court sought to assure that Congress has a specific and narrow legislative purpose for seeking a president’s documents and while setting out its , the court suggested this list is not “exhaustive.”Nearly as importantly, the SCOTUS reaffirmed its commitment to precedent, which would produce a yawn at less volatile times in our history. In the June Medical Services v. Russo  ruling, Chief Justice Roberts wrote:
“I joined the dissent in Whole Woman’s Health and continue to believe that the case was wrongly decided. The question today however is not whether Whole Woman’s Health was right or wrong, but whether to adhere to it in deciding the present case … The legal doctrine of stare decisis requires us, absent special circumstances, to treat like cases alike. The Louisiana law imposes a burden on access to abortion just as severe as that imposed by the Texas law, for the same reasons.”
I’ll take it, even though there is ample room to question the court’s consistency on precedent, especially when one looks at what it did to women’s healthcare this past week.
Full disclosure: this one is personal, since I took “the pill” for medical reasons unrelated to family planning for many years. The very idea of having to ask my boss permission to allow my doctor to provide me with medicine I need is repulsive. It’s infantizing and demeaning to all women when they are seeking medical treatment, reproductive care or anything from their healthcare providers that may offend their boss’s deeply held financial, I mean religious, beliefs.
These rulings prove that, thankfully, an incompetent Trump can’t even pack a court right. Without question he chose judges that dehumanized women and immigrants and nudged voting rights closer to voting privileges. But when it came down to crossing the line between the rule of law and rule of Trump; they still sided with the Rule of Law.
We should rejoice, then get back to the business of replacing this Mussolini wannabe with Joe Biden.
Ms. Woodbury has a graduate degree in political science, with a minor in law.  She is a qualified expert on political theory with a specific interest in the nexus between political theories and models and human rights.
Based on her interest in human rights and the threats that authoritarian regimes are to them, Ms. Woodbury’s masters thesis examined the influence of politics on the enforcement of international criminal law was cited in several academic studies.
Published work includes case summaries for the War Crimes Research Office.
She has an extensive background doing legal research in international and domestic law.
Ms. Woodbury’s work for politicusUSA includes articles on voting rights, the right to asylum and other civil/human rights.