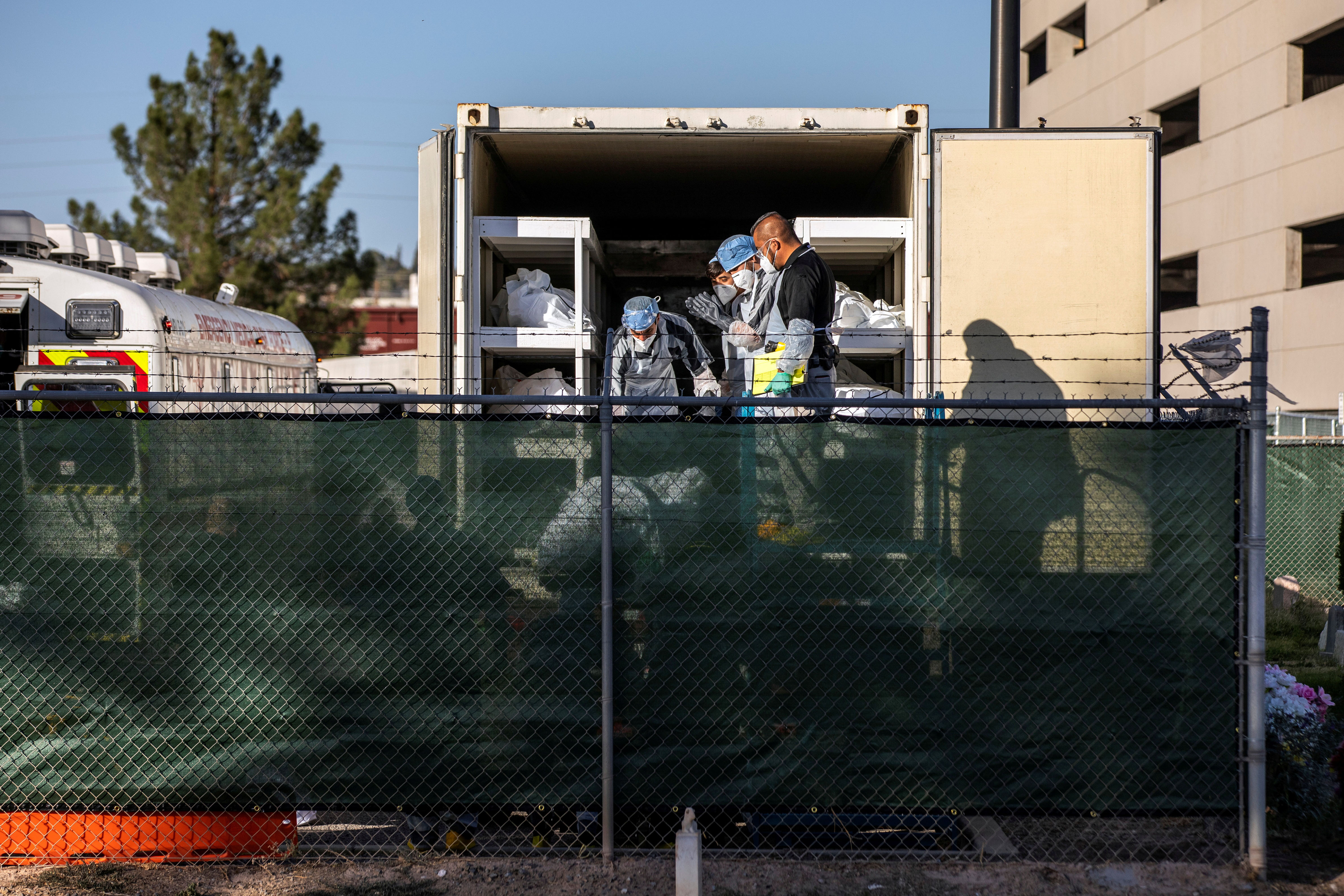 Inmates in Texas are reportedly being used to help the El Paso County Medical Examiner’s office handle the influx of bodies as coronavirus cases surge in the area.

Several El Paso County inmates were spotted at the ME’s office on Saturday by a photographer with The Texas Tribune. The inmates were dressed in PPE gear and moving bodies into mobile morgues stationed outside the building.

A spokesman with the El Paso County Sheriff’s Office confirmed to the Tribune that four to eight inmates are voluntarily helping at the ME’s office — and getting paid $2 an hour to do so.

There were a total of eight mobile morgues outside the ME’s office on Saturday, the Tribune reported. The number will soon be increased to 10.

The new measures come as COVID-19 cases in the county have spiked, especially in the last month.

Over 73,000 people, as of Saturday, had tested positive for coronavirus in the county with a total of 762 deaths attributed to the illness.

Tags:bodies, carry, enlisted, inmates, morgue, Texas
We use cookies on our website to give you the most relevant experience by remembering your preferences and repeat visits. By clicking “Accept All”, you consent to the use of ALL the cookies. However, you may visit "Cookie Settings" to provide a controlled consent.
Cookie SettingsAccept All
Manage consent