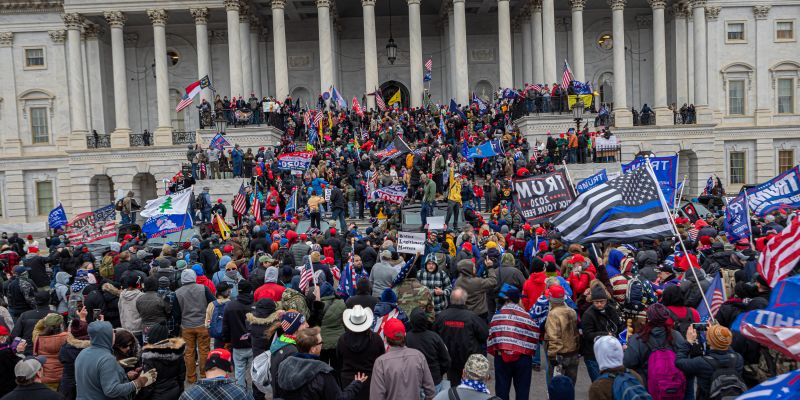 The United States Capitol Police has reportedly suspended six officers and is investigating nearly 30 others in connection with the deadly January 6 insurrection on the U.S. Capitol building. According to a statement provided to The Hill, the Capitol Police’s Office of Professional Responsibility is investigating a total of 35 officers, and that “Acting Chief
Read More
We use cookies on our website to give you the most relevant experience by remembering your preferences and repeat visits. By clicking “Accept All”, you consent to the use of ALL the cookies. However, you may visit "Cookie Settings" to provide a controlled consent.
Cookie SettingsAccept All
Manage consent