President Cyril Ramaphosa says the continent needs to build a vibrant and innovative African medical supplies manufacturing capability that meets the health needs of the continent’s people. Addressing the High-Level Virtual Conference on Africa’s Vaccine Manufacturing for Health Security on Monday, the President said throughout the COVID-19 pandemic, Africa has demonstrated that it has extensive
Read More 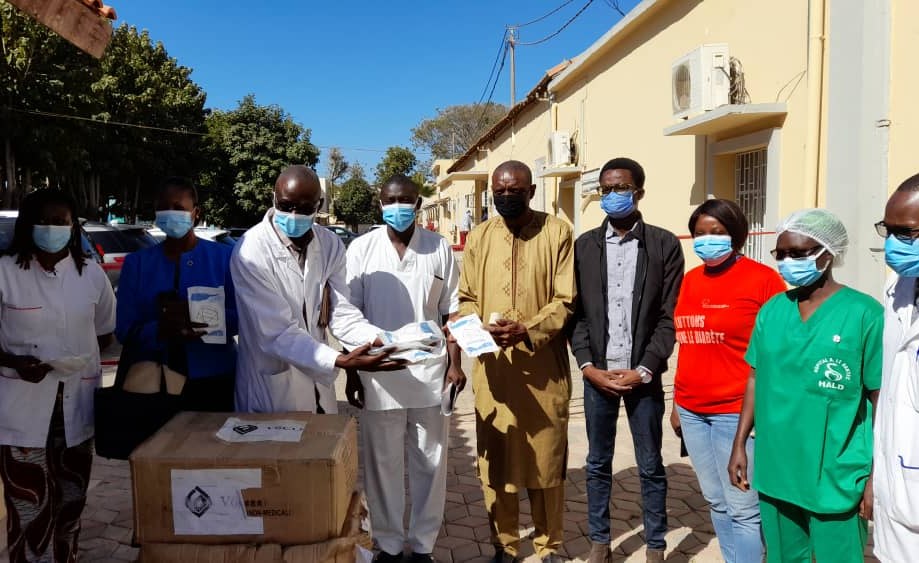 TrustAfrica Foundation will be providing much-needed relief to healthcare workers in Senegal as part of its contribution to the concerted efforts to curtail the spread of the COVID-19 pandemic.  The Foundation plans to donate about thirty thousand high-quality masks from Wednesday, January 27, to be used for the protection of frontline healthcare providers in the
Read More

Three Siberian health-care workers who received Russia’s so-called Sputnik V coronavirus vaccine have tested positive for the deadly bug, according to reports. Officials in the Altai region reported that the three were among 42 medical workers who received the two-dose vaccine, which Russian health officials say is 92 percent effective, the Moscow Times reported. “The
Read More

Africa Dangerously Behind in Global Race for Medical Equipment Amid Coronavirus

(JOHANNESBURG) — As Africa braces for a surge in coronavirus cases, its countries are dangerously behind in the global race for scarce medical equipment. Ten nations have no ventilators at all. Outbid by richer countries, and not receiving medical gear from top aid donor the United States, African officials scramble for solutions as virus cases…
Read More

Our world has never witnessed a time of greater promise for improving human health. Many of today’s health advances have stemmed from a long arc of discovery that begins with strong, steady support for basic science. In large part because of fundamental research funded by the National Institutes of Health (NIH), which traces its roots…
Read More
We use cookies on our website to give you the most relevant experience by remembering your preferences and repeat visits. By clicking “Accept All”, you consent to the use of ALL the cookies. However, you may visit "Cookie Settings" to provide a controlled consent.
Cookie SettingsAccept All
Manage consent