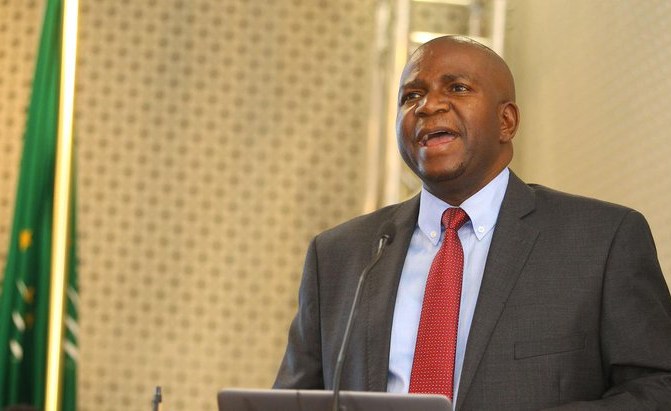 South Africa’s unemployment rate rose to 32.5% in the last three months of 2020, Statistician-General Risenga Maluleke has revealed.
The increase presents a 1.7 percentage point increase from the third quarter of 2020.
Despite the grim picture painted in the fourth quarter (Q4) Labour Force Survey, released on Tuesday, Stats SA said the Quarter 4 results 2020 show that the number of employed persons increased by 333 000 to 15 million.
During this period, the number of unemployed persons increased by 701 000 to 7.2 million compared to Quarter 3:2020, resulting in an increase of 1 million (up by 4.9%).
During the quarter, the number of discouraged work-seekers increased by 235 000 (8.7%), while the number of people not economically active for reasons other than discouragement decreased by 1.1 million (7.4%) between the two quarters, resulting in a net decrease of 890 000 in the not economically active population.

Compared to Quarter 4: 2019, employment contracted in all industries.
Stats SA said most job losses were observed in finance (256 000), community and social services (241 000) and manufacturing (230 000).
Additional questions were included in the Quarter 4:2020 questionnaire, as with Quarter 2 and 3 of 2020, to capture changes brought about by the national lockdown.
The national statistics agency said results indicate that of the 15.0 million persons who were employed in Quarter 4: 2020, almost eight out of ten people (78.3%) were expected to work during the national lockdown by the companies/organisations they work for.
“Those who actually worked were predominately men in most industries, except in the community and social services sector and private households, where the majority were women,” said Stats SA.
The report further notes that about nine out of ten people employed within the construction industry who worked during the lockdown were men. Those who were expected to work in the reference week during the national lockdown but could not do any work during that period indicated the national lockdown as the main reason for not actually working (66.0%).
Compared to the third quarter of 2020, where 10.9% indicated that they worked from home, this proportion declined to 8.0% in the 4th quarter of 2020.
Working from home was more prevalent in Gauteng and the Western Cape and among professionals and managers. The majority of those in employment continued to receive pay during the lockdown. However, those with lower levels of education were more likely to receive reduced salaries than those with higher levels of education.