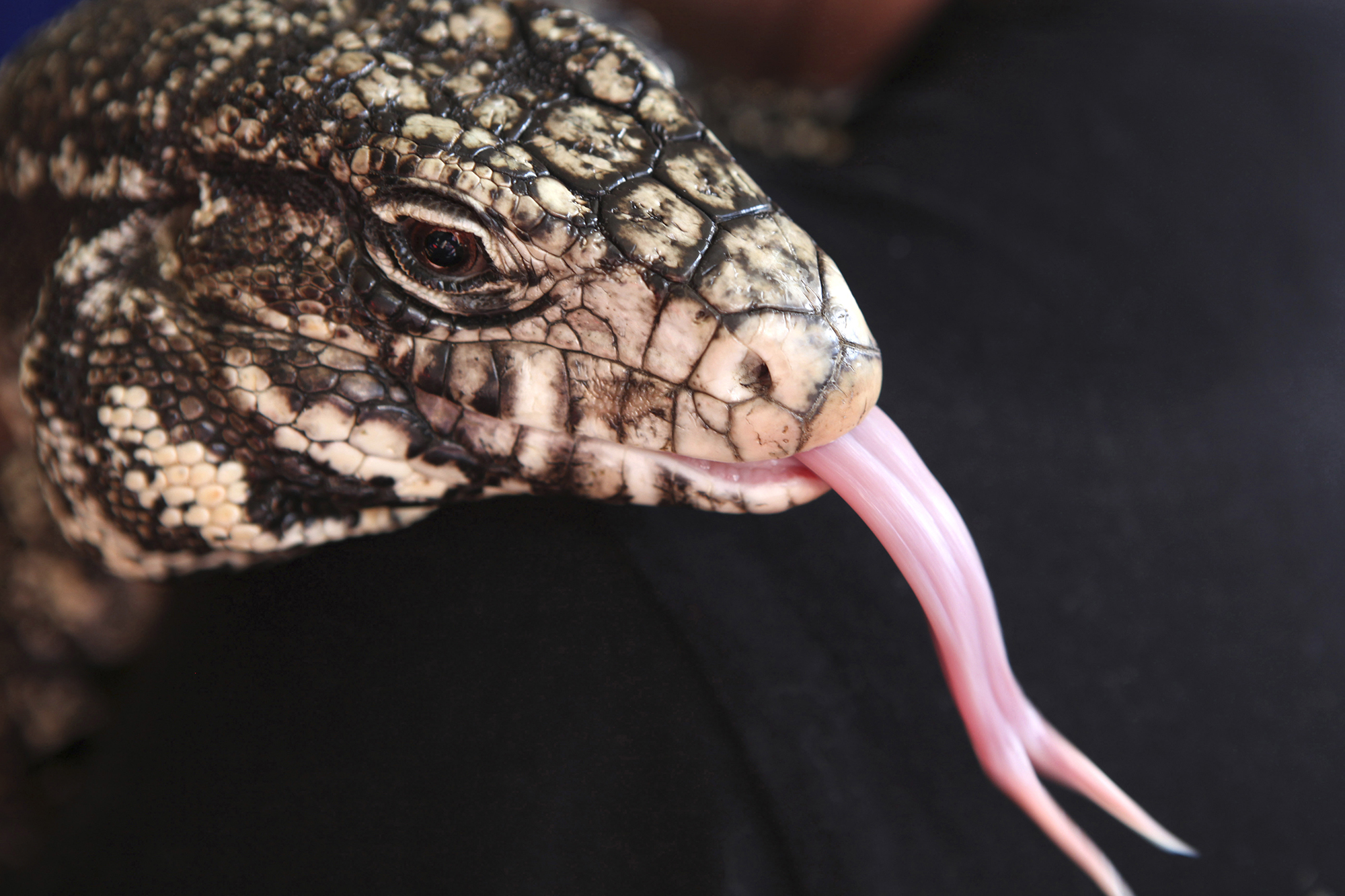 A species of large ravenous reptiles are popping up in large numbers in the southeastern US, after escaping or being released from captivity.

The Argentine black-and-white tegu can grow up to four feet in length and is distinguished by its spotted scales. Scientists say it is a voracious omnivore that eats everything in sight, posing a threat to farmers and native species in Florida, Georgia, South Carolina, Alabama, Louisiana and Texas.

Argentine tegus have been breeding in South Florida for more than a decade, but have recently been spotted in Georgia and South Carolina for the first time after escaping captivity or being released by pet owners, according to National Geographic.

There have been other isolated sightings across the deep South, leaving biologists to conclude the creatures have been breeding far beyond the Everglades.

The South American reptiles are known to eat anything with nutritional value that they can fit in their mouth — meaning animal eggs, birds, reptiles and crops are all on the menu. Once hunted for leather, tegus are extremely resilient and can also endure extreme conditions, making it hard to control a growing population.

The species has long been a sought-after exotic pet, with more than 79,000 of them imported to the country between 2000 and 2010 alone. Only a small fraction of them escape or are released, but the United State Geological Survey says the problem is worsening, and the entire southeast region is at risk.

In Venezuela, the Argentine tegu is known for sneaking into chicken coops to steal eggs, earning them the nickname el lobo pollero, or “the chicken wolf.”

Amy Yackel Adams of the USGS tells National Geographic the predators could pose a threat to many endangered species such as the eastern indigo snake, sea turtles and gopher turtles. The invasive species are the second biggest threat to ecosystem destruction, behind habitat degradation, according to the USGS.

Tegus are not aggressive towards humans, but are known to defend themselves with sharp teeth and strong jaws if threatened, according to the Georgia Wildlife Department.

Wildlife officials around the country are starting public awareness campaigns and trapping and tracking tegus to better understand their behavior in an attempt to control their population.

The trapped reptiles are brought to a rescue center and given to people who want them as pets.

Tags:lizards, ravenous, sightings, southeastern, surge
We use cookies on our website to give you the most relevant experience by remembering your preferences and repeat visits. By clicking “Accept All”, you consent to the use of ALL the cookies. However, you may visit "Cookie Settings" to provide a controlled consent.
Cookie SettingsAccept All
Manage consent