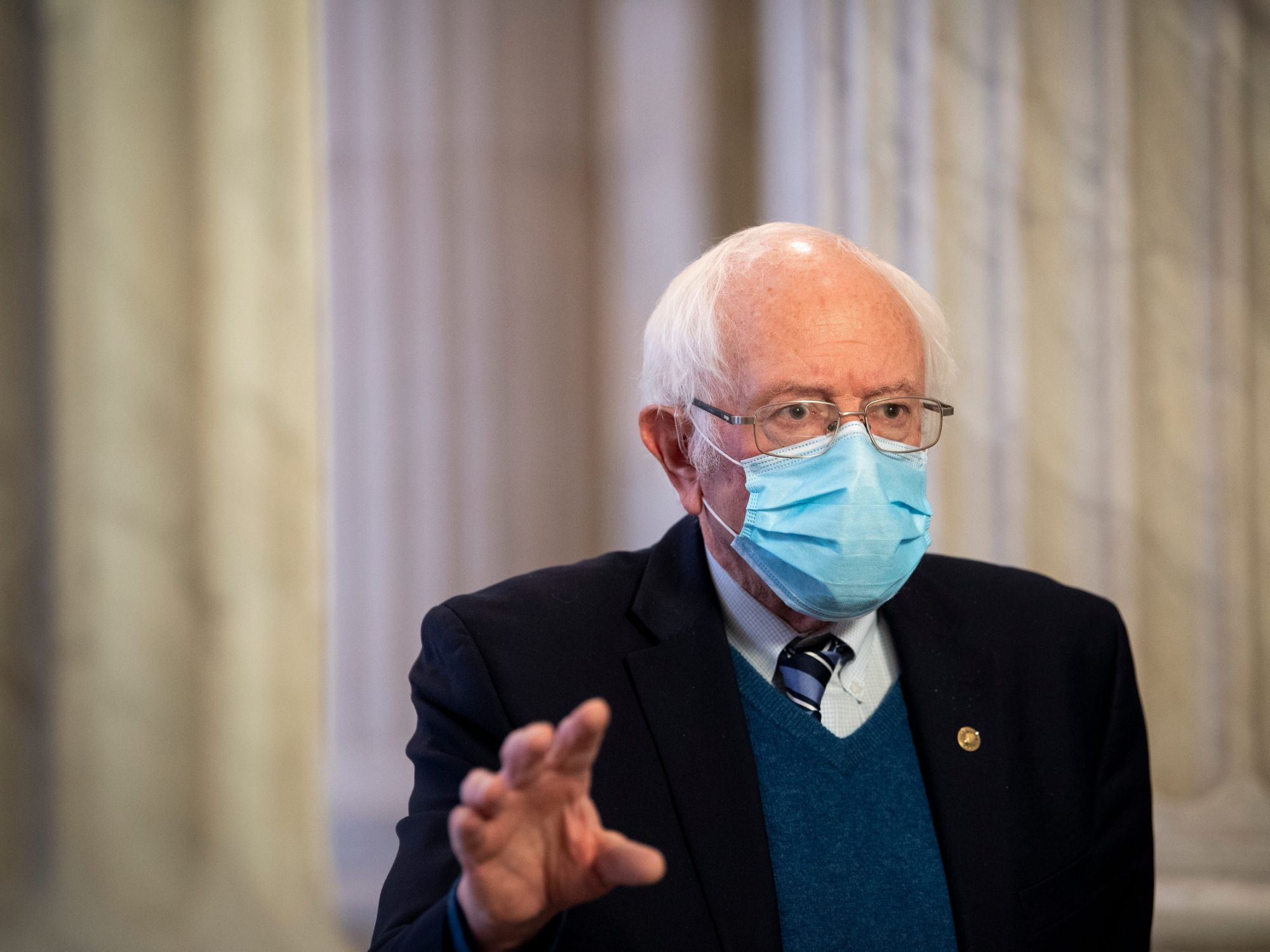 Drew Angerer/Staff/Getty ImagesThe Senate unanimously voted to prohibit raising the minimum wage to $15 an hour during the pandemic, which neither party ever supported.The amendment was proposed by Sen. Joni Ernst, a Republican from Iowa.The effort came as Democrats are trying to pass a $1.9 trillion stimulus package.Visit the Business section of Insider for more stories.The Senate unanimously passed a Republican amendment on Thursday that seeks to prevent Democrats from doing something they never wanted to do: double the minimum wage to $15 an hour during the pandemic.In effect, Democrats, as well as Sen. Bernie Sanders of Vermont, joined with Republicans to drive the fact home during a so-called “vote-a-rama.”Rather than double the federal minimum wage before the pandemic ends, President Joe Biden and congressional Democrats are proposing to raise it gradually to $15 an hour by 2025 as part of their $1.9 trillion stimulus package.The amendment from Sen. Joni Ernst, an Iowa Republican, appeared to be an effort to miscast Democrats’ position – to enact a $15 minimum wage “during a global pandemic” – and put centrist Democrats on the spot to highlight divides within the party on the wage hike plan.Specifically, the amendment would grant the chair of the Senate Budget Committee the right to nix a wage increase as part of the reconciliation process – a legislative maneuver that allows the Democratic-controlled Senate to pass bills in the upper chamber with a simple majority instead of the 60 votes usually required.Sanders, an independent from Vermont and chair of the Senate Budget Committee, said during the floor debate that he would do “everything I can to make sure that a $15 minimum wage is included in this reconciliation bill.” He rejected Republican framing that Democrats are seeking to double the wage before the pandemic is over.”It was never my intent to increase the minimum wage to $15 an hour immediately during the pandemic,” Sanders said. “My legislation gradually increases the minimum wage to $15 an hour over a 5 year period, and that is what I believe we ought to do.”Story continuesSanders put the amendment on a non-recorded voice vote in a move that likely deflected criticism of his drive to increase the minimum wage. The measure is non-binding.”We need to end the crisis of starvation wages in Iowa and across the United States,” he added.A senior Democratic aide, granted anonymity because they were not authorized to speak publicly, argued that Republicans had bungled the effort to force moderate Democrats to take a politically difficult vote.”This isn’t Bernie’s first rodeo,” the aide said. “No one has to take a tough vote on a messaging amendment and we can still try to pass minimum wage through the reconciliation bill.”It remains unclear whether Democrats will be successful in approving the minimum wage increase through the strict budgetary rules governing the reconciliation process. The federal minimum wage of $7.25 an hour was last raised in 2009.Earlier this month, Ernst spoke out against including a wage increase as part of any stimulus package, saying such “liberal priorities” would hurt small businesses.Ben Zipperer, an economist at the liberal Economic Policy Institute, told Insider such an impact would be minimal, at worst, and arguably beneficial to businesses as well as workers, with higher wages reducing costly employee turnover.Despite Republican opposition, however, raising the minimum wage is popular among voters. According to a recent poll from Quinnipiac University, 61% of Americans support Democrats’ effort to hike it to $15 an hour.Twenty states have already raised their own minimum wage since 2021 started.Have a news tip? Email this reporter: [email protected] the original article on Business Insider