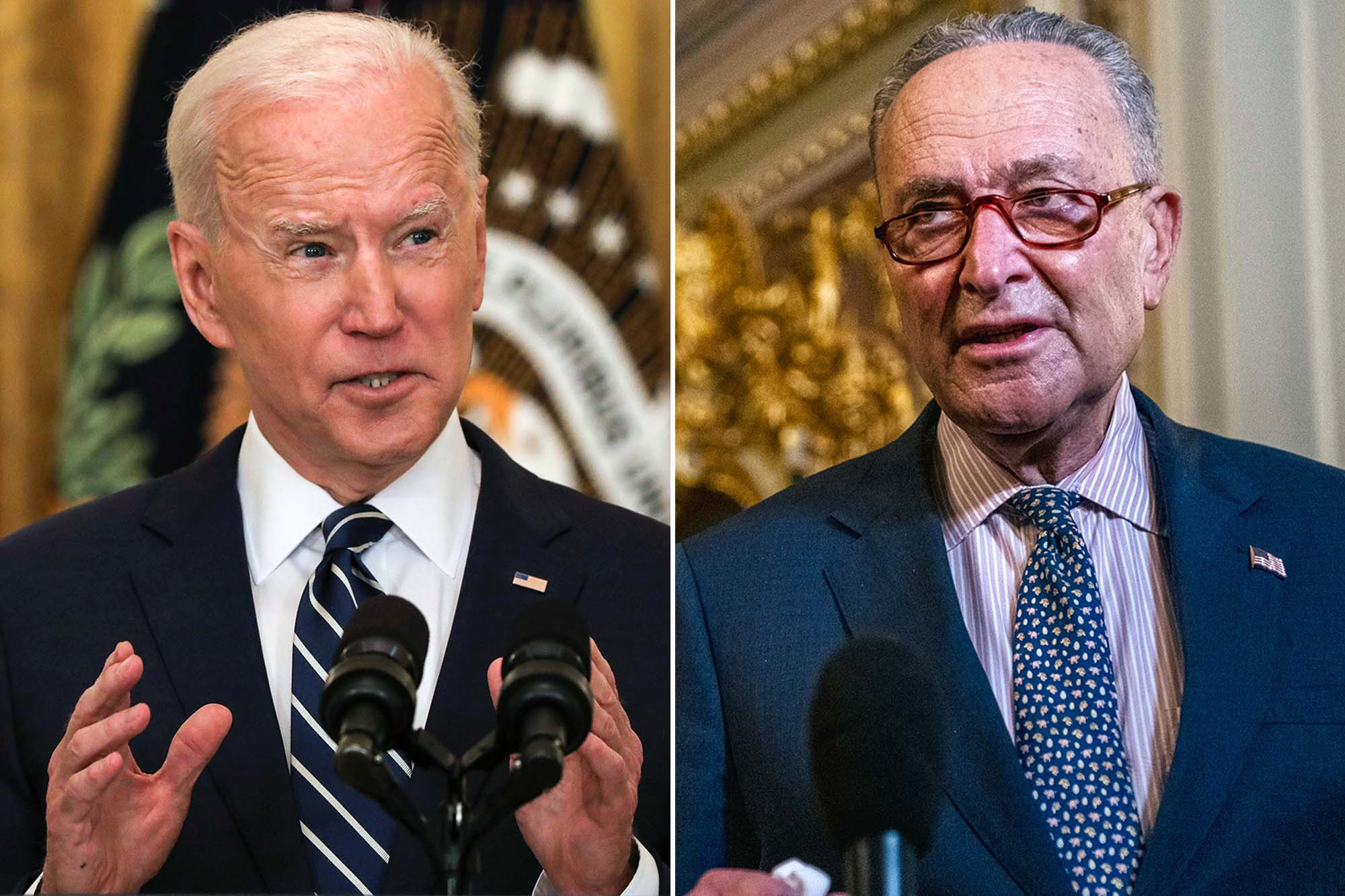 Sen. Chuck Schumer is attempting to get permission from the Senate parliamentarian to be able to push through a third spending bill this year without the 10 Republicans necessary to break a filibuster.

Aides to Schumer (D-NY) recently argued to the parliamentarian that they could use Section 304 of the Congressional Budget Act of 1974 to pass another bill through budget reconciliation, the method by which Democrats approved President Biden’s $1.9 trillion relief package.

Budget reconciliation allows the party in power to bypass the legislative filibuster, the Senate rule requiring 60 members to end debate on most topics and move forward to a vote.

The current 50-50 split leaves Democrats in need of 10 Republicans to pass major legislation, which they don’t appear to have on any of the House-approved bills yet.

While Vice President Kamala Harris has a tie-breaking vote, 51 votes are not enough under current rules to break through the filibuster.

A Schumer spokesman did not immediately respond to The Post’s request for comment.

In recent months, Democrats have faced growing pressure from inside the party to abolish the filibuster in order to push the party’s more ambitious legislative efforts through the upper chamber of Congress.

During his press conference at the White House last Thursday, the commander-in-chief said he wanted to “deal with the abuse” of the filibuster rather than remove it, saying “I strongly support moving in that direction.”

While abolishing it could be a short-term benefit to Democrats while they control the Senate, the pendulum could swing back against them should the Republicans regain control down the road.

Senate Minority Leader Mitch McConnell (R-Ky.) has continued to warn that Democrats would face a “scorched earth Senate” if they went through with their reforms, continuously noting in media appearances this month that he turned down then-President Donald Trump’s requests that he do away with the filibuster.

“Let me say this very clearly for all 99 of my colleagues: Nobody serving in this chamber can even begin — can even begin to imagine — what a completely scorched earth Senate would look like,” McConnell said on the Senate floor earlier this month.

Speaking to Fox News this month, the top ranking Senate Republican warned that the filibuster was what differentiated the House and his chamber.

“The Senate was created on purpose,” he told the network, “not to function like the House — to slow things down, to kill bad ideas, to force bipartisanship.”

“[These were] all the things that the Democrats believed in as long as there was a Republican in the White House, or conveniently thrown aside as soon as they think there’s a chance that they can advance their steamroller agenda, which the American people, by the way, certainly did not give them a mandate to pursue in last November’s election,” the Kentucky senator remarked.