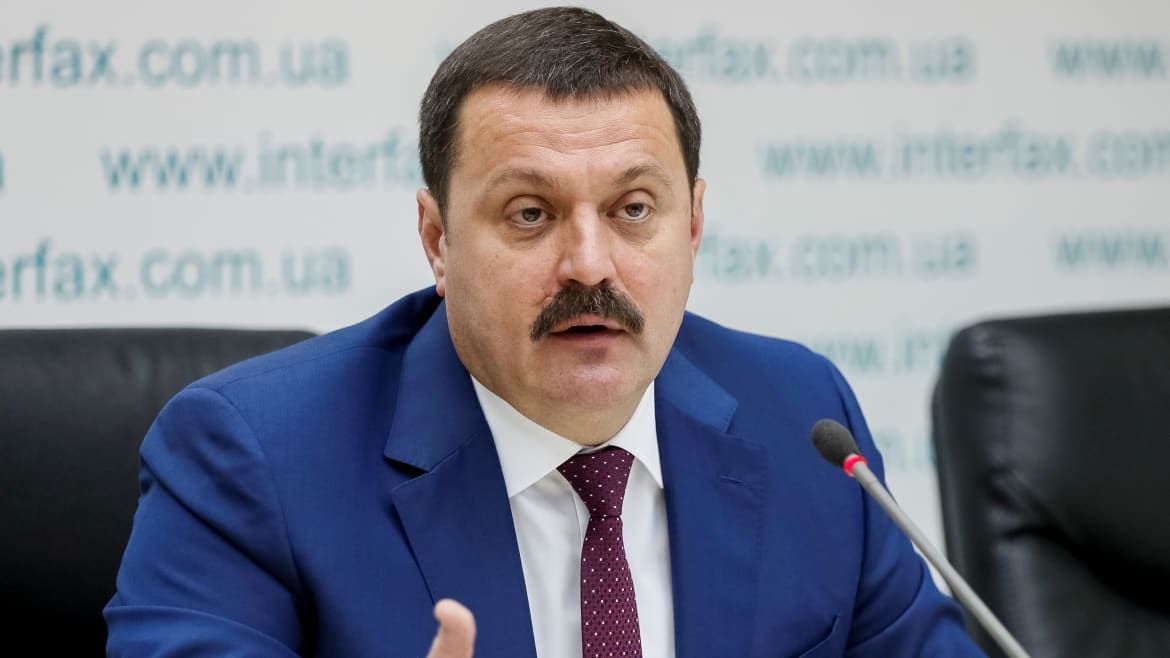 Gleb Garanich/ReutersRudy Giuliani has dismissed concerns that his latest anti-Biden smears are part of a foreign-election interference plot, but a Ukrainian lawmaker recently deemed an “active Russian agent” by the U.S. Treasury is now touting further details to come.Andrii Derkach, one of the key players in Giuliani’s years-long dirt-digging mission against Joe Biden in Ukraine, piggybacked on the former New York City mayor’s latest Biden smears—supposedly involving a forgotten laptop. Derkach claimed on Facebook that there is a “second laptop” with evidence of corruption involving the Biden family.Chinese Billionaire’s Network Hyped Hunter Biden Dirt Weeks Before Rudy GiulianiThe claim appears to muddy the waters around Giuliani’s latest “smoking gun” charge against Hunter Biden. He says they came to light after an obscure Delaware computer repair shop owner found Biden’s laptop in his possession and copied the hard drive before alerting federal authorities and inexplicably Giuliani’s own lawyer. Now, with Derkach jumping in with claims of a “second laptop,” that would mean private computer contents allegedly connected to Hunter Biden have somehow found their way into the hands of three separate parties: A media empire controlled by a Chinese billionaire who’s tight with Steve Bannon; a random Delaware shop owner who is outspoken in his support of Trump; and Derkach, a Ukrainian conspiracy theory peddler who studied at Moscow’s FSB academy.Derkach wrote on Facebook about the questionable New York Post report that relied on unverified images of emails provided by Trump allies to supposedly prove a corruption scheme by Biden and his son involving Ukrainian gas company Burisma. He then said there was a second laptop, which was used by “two representatives for the interests of [Burisma founder Mykola] Zlochevsky.”“That laptop was given to Ukrainian law enforcement,” Derkach wrote, adding that the Burisma representatives who used the laptop were now serving as “witnesses in criminal proceedings.” He said the witnesses were ready to testify about an international corruption scheme involving Biden and his son, Hunter, who served on the board of the gas company.Story continuesIt has already been reported that Russian intelligence agents successfully hacked into Burisma computer networks last year, although it is not clear how much they were able to access and copy.Despite what Team Trump would have the public believe is a towering mountain of evidence, neither Joe or Hunter Biden have been charged with any wrongdoing, and Ukrainian prosecutors confirmed months ago that they had found no evidence of any crimes.Derkach is no newbie to the Biden saga. While cozying up to Trump allies like Giuliani during impeachment proceedings, he held repeated press conferences in Kyiv touting purported proof of corruption by the former vice president, and claiming it was not Russia that interfered in the 2016 election, but Ukraine. He also featured prominently in an “exposé” by the Trumpian One America News Network, and met with Giuliani in Kyiv last year as part of their anti-Biden mission. His claims have not held up under scrutiny.After Derkach was sanctioned by the U.S. Treasury Department in September for working as a foreign operative, Giuliani insisted he had not seen “any evidence” to conclusively say whether Derkach was working as a Russian agent or not.He told The Daily Beast this week that he believed it was a toss up whether his partner in the Biden smearing campaign was an active intelligence operative. “The chance that Derkach is a Russian spy is no better than 50/50,” he said.Rudy: Only ‘50/50’ Chance I Worked With a ‘Russian Spy’ to Dig Dirt on Bidens and UkraineBut U.S. intelligence officials had begun warning in spring 2019 that Derkach was part of a Russian effort to worm their way into the U.S. presidential election and spread the narrative that Biden and his son were involved in nefarious corruption schemes overseas.Giuliani’s allegations against Biden have evolved drastically since he first began his attacks on Trump’s then presumed 2020opponent by claiming the former vice president improperly forced out a Ukrainian prosecutor. After numerous “exposés” on Biden’s supposed abuse of power aired on OAN largely failed to gain much traction, Giuliani shifted his focus to Biden’s son, Hunter, who he has now deemed a “national security risk.”Bizarrely, even Giuliani’s allegations against the younger Biden have pinballed all over the place, from his initial claim that Hunter used access to his father to line his own pockets, to his very personal attacks on his admitted struggles with substance abuse, and, perhaps most desperately, his latest smear that Hunter Biden engaged in “disgusting sexual behavior.”Read more at The Daily Beast.Get our top stories in your inbox every day. Sign up now!Daily Beast Membership: Beast Inside goes deeper on the stories that matter to you. Learn more.