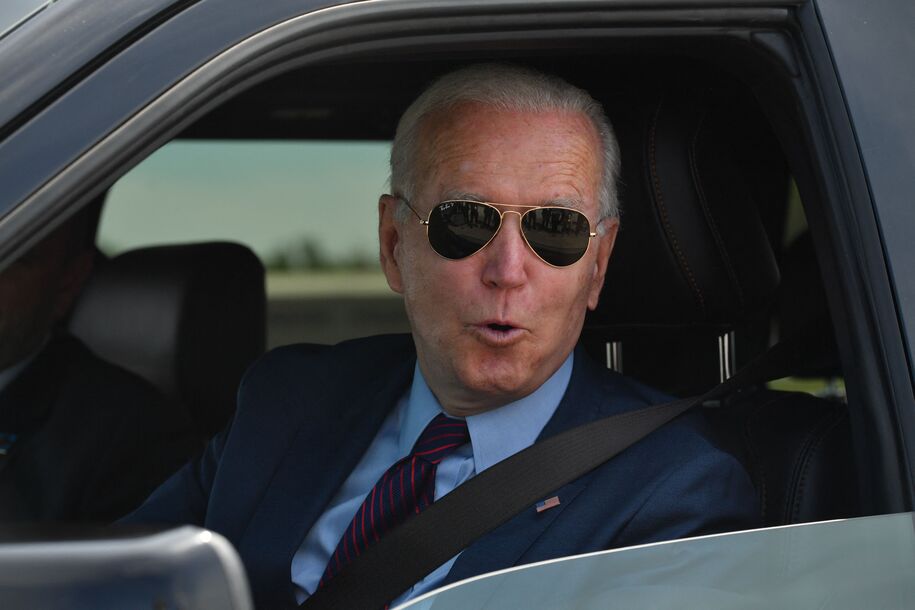 Then came the revelation that House Republicans were rerunning Donald Trump’s fundraising scam—automatically inflating a donor’s intended donation or making it recurring unless the giver opted out of doing so. Perhaps they’ve forgotten the Trump campaign had to refund tens of millions in donations.

Now it appears Republicans have almost entirely stripped Biden out of their fundraising solicitations altogether, according to New York magazine writer Gabriel Debenedetti.

“By last count, I’ve now received 20 in a row in the past few hours — from national party committees, state parties, local candidates, PACs, super PACs, scam PACs, think tanks — that have nothing specific at all to say about Joe Biden,” Debendettie writes. “The president is barely featured at all in the dozens of missives I saw earlier today or in the hundreds I received earlier this week. He’s not in Republican candidates’ TV or digital ads, replaced almost entirely by scary visions of Nancy Pelosi, Alexandria Ocasio-Cortez, and Bernie Sanders. In one recent set of spots targeting vulnerable House Democrats, the National Republican Congressional Committee flashes Biden’s face for less than a second, and only alongside four others, while Pelosi is named out loud and both Rashida Tlaib and Maxine Waters get more airtime than the guy in the Oval Office.”

Biden is also killing the killing that conservative writers usually make off of slicing and dicing Democrats’ latest entrant into the Oval Office, according to The Atlantic’s McKay Coppins.

One conservative editor lamented, “In the past, it’s been like taking candy from a baby to write a book about the Democratic president.”

Some sources told Coppins that righties may have shot themselves in the foot by pushing the narrative that Biden wasn’t really in charge but rather just a puppet of far left figures like Rep. Alexandria Ocasio-Cortez. “Nobody who watches Fox thinks that Joe Biden is in charge of the country,” said Eric Nelson, executive editor at the conservative HarperCollins imprint Broadside Books.

So maybe the conservative hair-on-fire crowd is truly a victim of its own success. Or maybe—just maybe—Americans kinda like Joe Biden and don’t think he’s the menace to society that GOP strategists and profiteers would desperately like voters to believe.

Whatever it is, GOP donors can expect a whole lot more of those scammy Republican solicitations where the sender threatens to tell Trump the supporter turned into a “DEFECTOR” who “ABANDONED” him.

In one of their latest solicitations over the weekend, House Republicans’ campaign arm warned donors that unchecking the recurring donation box meant the organization would be “forced” to tell House leaders that “you’ve deserted Trump for Socialism.”

Apparently, Trump is still the best fundraiser Republicans have going despite the fact that he couldn’t care less about the Party. It’s a match made in heaven.