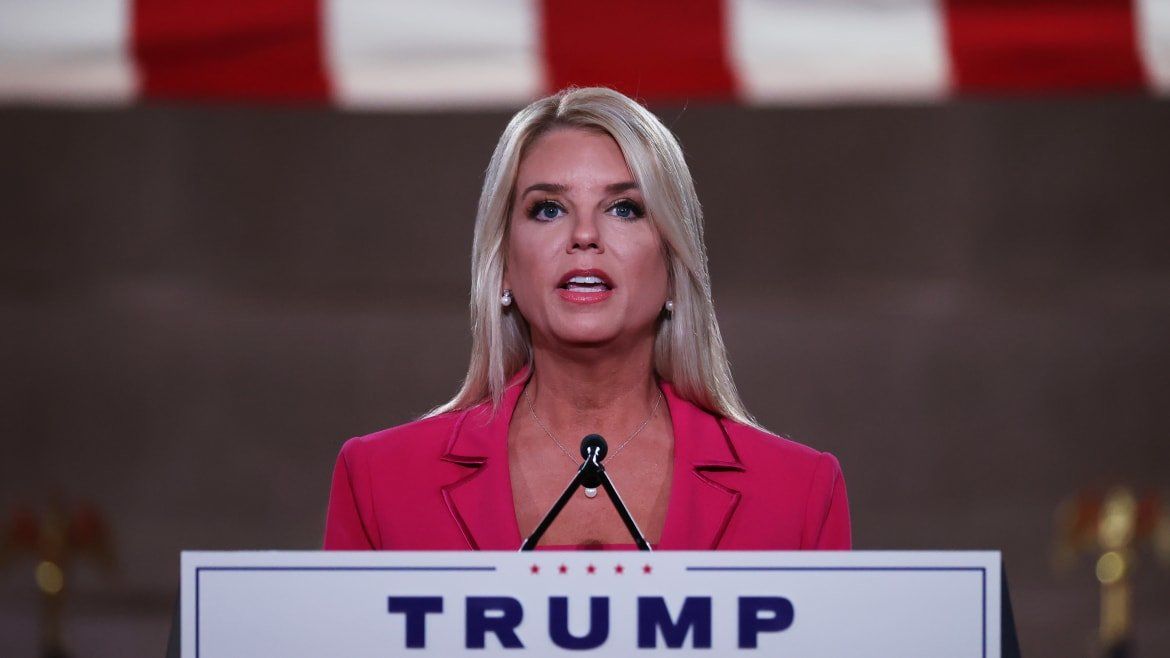 Chip SomodevillaFormer Florida attorney general Pam Bondi, a registered lobbyist for a foreign government that Donald Trump’s Justice Department has implicated in a corruption scandal, used her speech at the Republican convention on Tuesday to criticize former vice president Joe Biden for alleged self-dealing abroad.“I fought corruption and I know what it looks like, whether it’s done by people wearing pinstripe suits or orange jumpsuits,” Bondi declared. “But, when you look at his 47 year career in politics, the people who benefited are his family members, not the American people.”Bondi rehashed dubious allegations about Biden’s policymaking role in Ukraine, which mirrored arguments made by her and others throughout this year’s impeachment trial against President Donald Trump. Bondi was hired by the White House to assist with impeachment messaging late last year.When she took the White House job, Bondi wound down her work on behalf of the government of Qatar, which U.S. authorities recently implicated in a corruption scandal involving their hosting of the 2022 World Cup. In March, Bondi left the White House and restarted her work for Qatar. She remains a member of the President’s Commission on Opioids.An executive order imposed by Trump in the early days of his presidency ostensibly bars former administration officials from lobbying for foreign governments, but Bondi appears to have benefitted from a loophole in the rule.Bondi’s relationship with Trump goes back years and has itself been the target of corruption allegations. In 2013, Trump’s since-dissolved foundation made an illegal $25,000 contribution to a political group affiliated with Bondi as the then-attorney general was weighing whether to pursue a fraud investigation against the notorious Trump University. Bondi subsequently passed on the investigation.Read more at The Daily Beast.Get our top stories in your inbox every day. Sign up now!Daily Beast Membership: Beast Inside goes deeper on the stories that matter to you. Learn more.