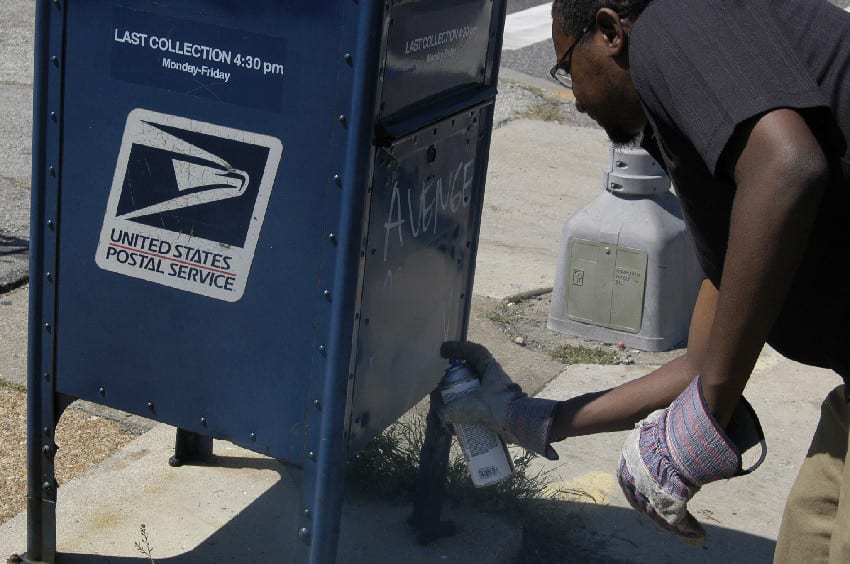 Postmaster General Louis DeJoy confirmed that he will stop having mailboxes removed until after the presidential election.
NPR reported:

JUST IN: The U.S. Postal Service confirms to NPR that it’s postponing the removal of mailboxes for the next 90 days.
The action comes as the Chairwoman of the Committee on Oversight and Reform called on Postmaster General Louis DeJoy to testify at an “urgent hearing” on Aug. 24
— NPR (@NPR) August 16, 2020

Not removing any more mailboxes is only half of the solution. DeJoy must also order that all the boxes that have been removed must be put back. It doesn’t oo anyone any good if they still don’t have access to a mailbox.
In the big picture though, the blowback and public pressure campaigns are working. Trump and his Postmaster General would have gotten away with removing mailboxes if the public outrage were less intense. The lesson is that public pressure works. The House is going to be holding an emergency hearing on the USPS changes, and the public needs to keep demanding that the Postal Service be allowed to run at full capacity.
The American people have beaten back Trump’s authoritarian efforts before and they can do it again, but it takes loud and united roar of NO to make this president back down from his corrupt and cheating schemes.
For more discussion about this story join our Rachel Maddow and MSNBC group.
Follow Jason Easley on Facebook

Mr. Easley is the founder/managing editor and Senior White House and Congressional correspondent for PoliticusUSA. Jason has a Bachelor’s Degree in Political Science. His graduate work focused on public policy, with a specialization in social reform movements.
Awards and  Professional Memberships
Member of the Society of Professional Journalists and The American Political Science Association