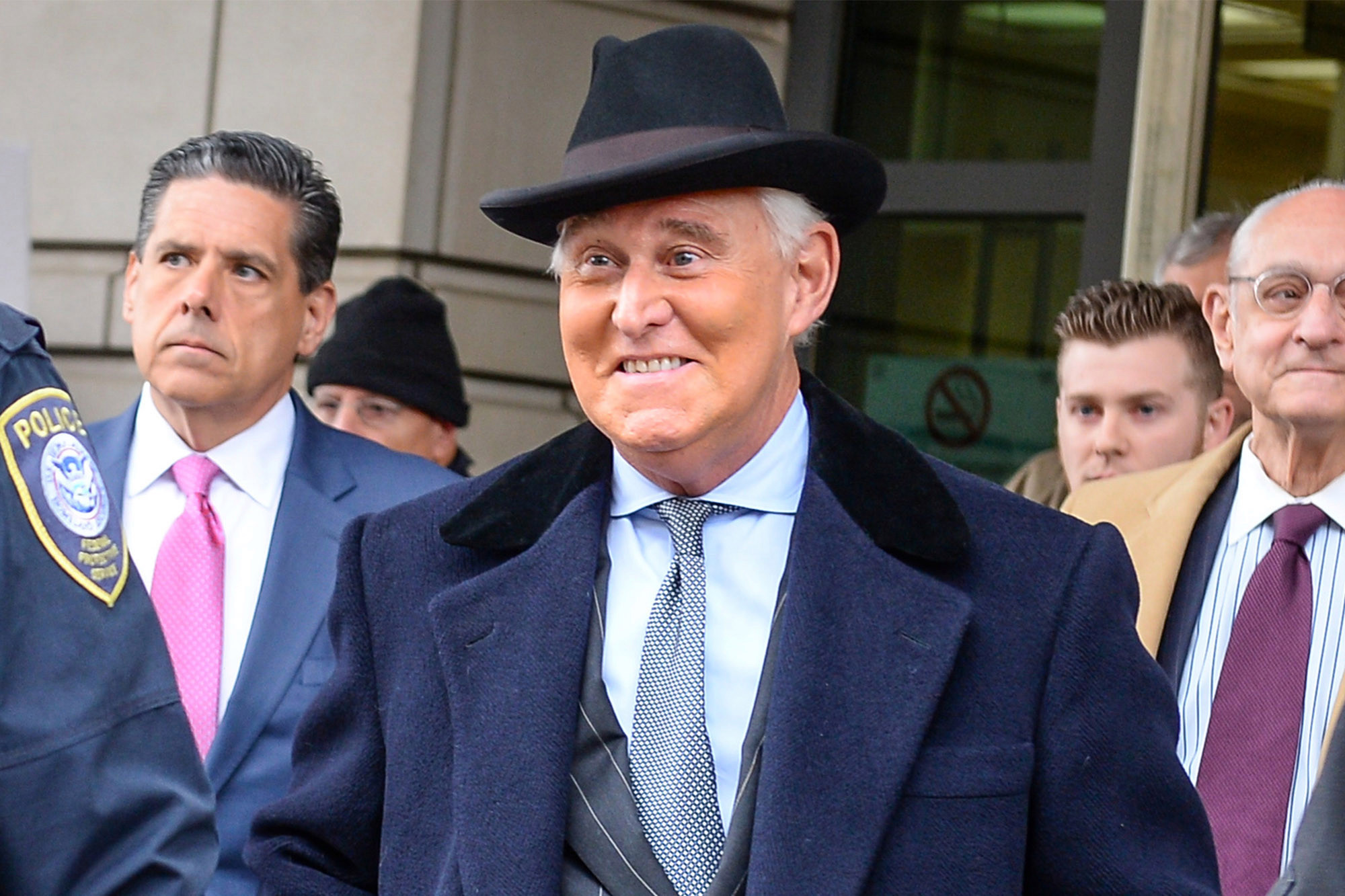 President Trump has commuted the sentence of his longtime adviser Roger Stone, calling him a victim of the “Russian hoax” and saying he would have been put at serious medical risk in prison.
Trump on Friday signed an executive grant of clemency just days before Stone was due to report to prison Tuesday to serve a 40-month sentence after he was found guilty on seven counts of obstruction, witness tampering and lying to Congress.
Stone had appealed the ruling and maintains his innocence.
“Roger Stone has already suffered greatly,” White House press secretary Kayleigh McEnany said in a White House statement announcing the reprieve Friday night.
Though issued in the name of his top press person, the statement — filled with the president’s characteristic attacks on the Mueller investigation and superlatives for Stone — was pure Trump.
“Roger Stone is a victim of the Russia Hoax that the Left and its allies in the media perpetuated for years in an attempt to undermine the Trump Presidency,” the statement said.
“He was treated very unfairly, as were many others in this case. Roger Stone is now a free man!”
Trump had hinted earlier Friday that he was considering a presidential pardon for Stone.
“I think Roger Stone was very unfairly treated, as were many people, and in the meantime, Comey and all these guys are walking around, including Biden and Obama, because we caught them spying on my campaign,” Trump said.
“Who would have believed that one?”