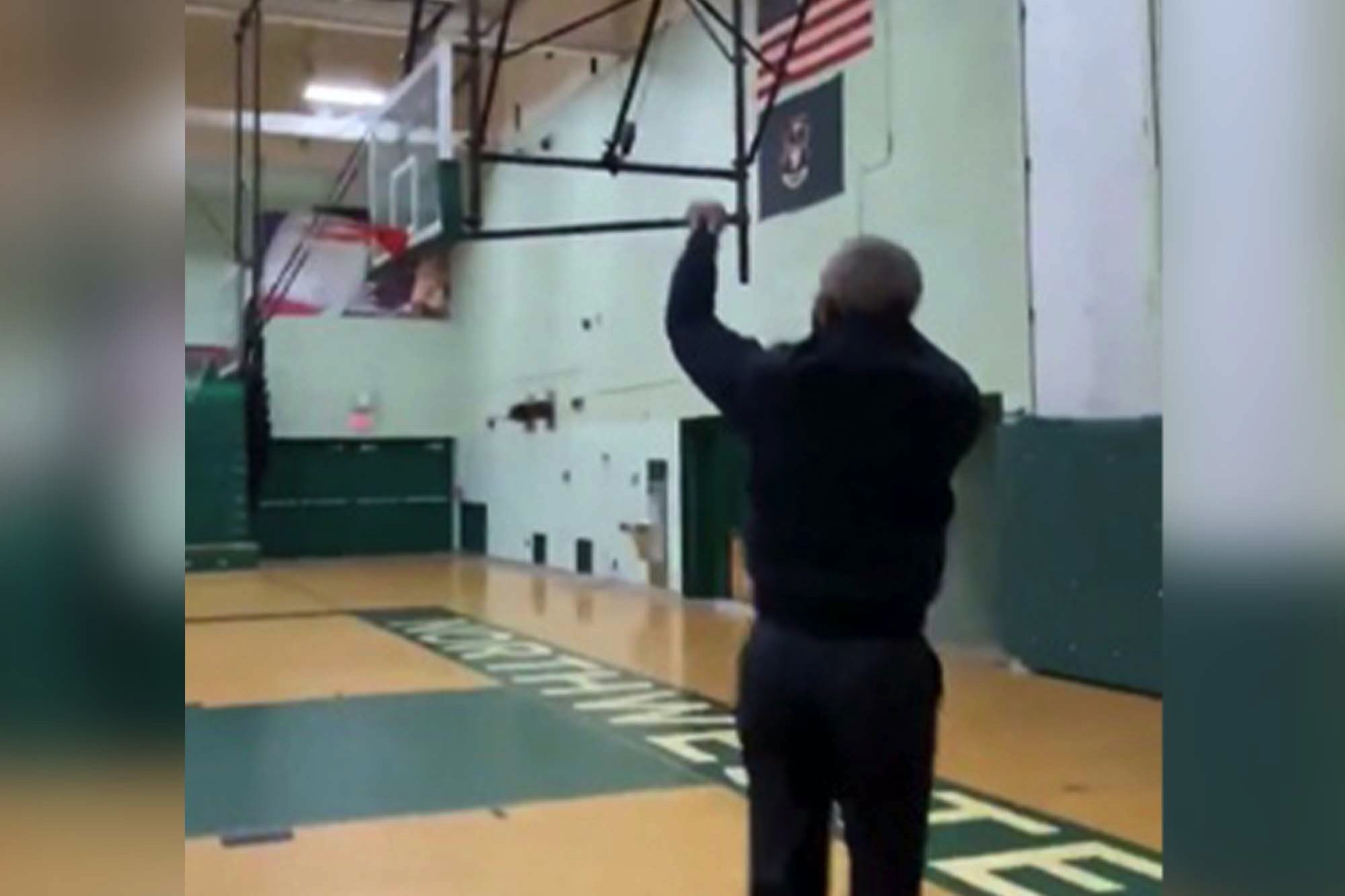 Barack Obama still has game.
The former president took time out to shoot some hoops Saturday during a Michigan campaign stop for his one-time Vice President Joe Biden — and hit an impressive, caught-on-video corner shot from the 3-point line, according to CNN.
“That’s what I do,” Obama says in a viral video of the shot posted on Twitter. “That’s what I do!”
Biden campaign staffer Olivia Raisner, who posted the clip, commented, “so this was absolutely insane.”
It had 9.4 million views by midnight Saturday.
The shot impressed others on the campaign trail, including one who is heard yelling, “Walk-off!”
“Whoa,” Biden, wearing a mask, says as he follows the ex-president out of the gym.
The basket even impressed NBA star LeBron James, who also posted the clip on Twitter.
“Now you just showing out now my friend!!,” the Lakers’ star wrote. “That’s what you do huh?? Ok ok I see. All cash!”
Obama played varsity and junior varsity basketball at the Punahou School, a private prep school in Honolulu, and has long professed his love of the game — playing throughout his political ascendency and while in the White House.

Tags:Campaign, nails, Obama, pointer, trail:, while
We use cookies on our website to give you the most relevant experience by remembering your preferences and repeat visits. By clicking “Accept All”, you consent to the use of ALL the cookies. However, you may visit "Cookie Settings" to provide a controlled consent.
Cookie SettingsAccept All
Manage consent