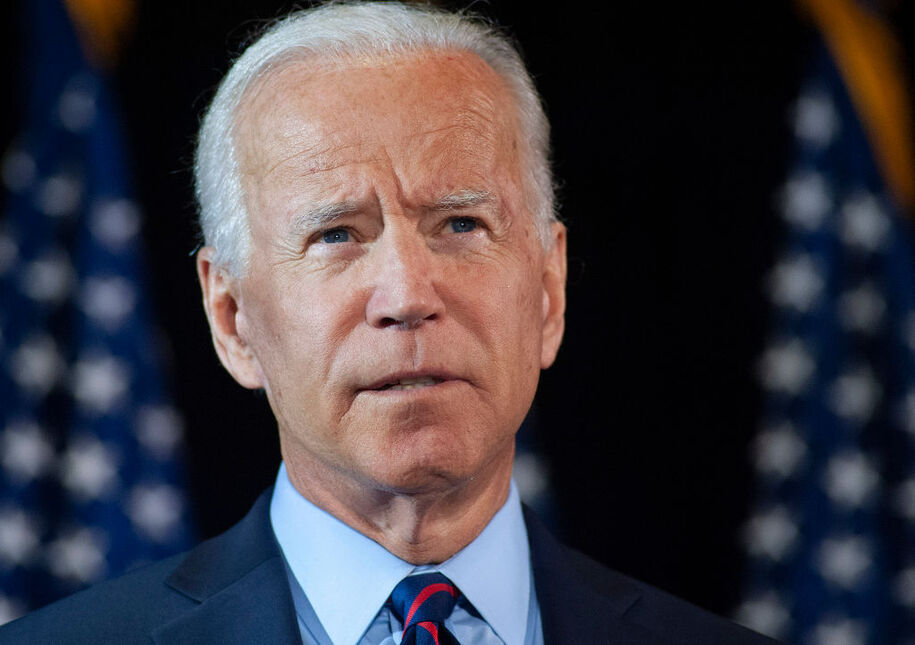 With COVID-19 infections around the country potentially skyrocketing to 100,000 new cases per day, it appears increasingly certain that the current trajectory of the U.S. economy will not appreciably improve within the next 15 weeks. We are suffering from a massive self-inflicted wound caused entirely by this administration’s incompetence in fashioning a unified national response to the pandemic. Even if all businesses were suddenly forced to reopen at gunpoint, the economic progress would still be hampered by an unprecedented collapse in consumer spending as entire industries such as travel, entertainment, and hospitality can no longer sustain themselves. The brutal fact is that absent more massive lockdowns, the pandemic is going to remain out of control. Despite exhortations by Donald Trump and some of his Republican allies that Americans somehow need to “live with it,” Americans will continue to alter their behavior out of fear for their own and their families’ safety.

As discussed by Eric Levitz writing for New York Magazine, all indications are that the Republican-controlled Senate will sabotage any potential recovery that might conceivably have occurred in time for the November elections. Senate Majority Leader Mitch McConnell has signaled that while some aid (not enough) will be forthcoming to allow states to try to prop up their devastated budgets, relief to individual taxpayers in the form of additional unemployment benefits will not be forthcoming. Some Americans will receive additional stimulus checks, but even these—again, according to the whims of McConnell—are now likely to be directed at Americans suffering the most, namely those earning near-poverty wages. Those payments will not turn the economy around because the vast majority of that money will simply be used by poorer Americans to desperately cover their bills, rent, or mortgages.

[T]he economy was only able to rise from its sickbed last month because of the federal government’s fiscal life support. The disbursement of $1,200 relief checks and $600-a-week federal unemployment benefits has enabled personal income in the U.S. to rise since the onset of the pandemic. But once the stimulus checks were cashed, household income began to decline; and if Congress refuses to extend the $600 unemployment bonus when it expires at July’s end, consumer purchasing power will plummet.

What’s more, although the CARES Act’s provisions have left many working people better off, others have fallen through our welfare state’s many cracks. Last month, nearly 14 million U.S. children lived in food-insecure households, according to a new report from Brookings; at the peak of the Great Recession, that figure was 5.1 million. Roughly one-third of U.S. households have not made their full housing payments for July, according to a survey by the online retail platform Apartment List.

The inability to pay rent, food, and housing costs is not limited to New York (although it is most acute there), but as the pandemic spreads throughout the country and businesses continue to remain shuttered, it has metastasized into a national crisis. Worse, by focusing on bailing out businesses through Paycheck Protection Program (PPP) loans as the primary source of “fiscal stimulus,” the Republicans who formulated and pushed that policy over assistance to ordinary Americans failed to account for a complete failure of any national response to the COVID-19 pandemic. (Disclosure: Kos Media received a Paycheck Protection Program loan.) Most specifically, they overlooked what that failure would mean in terms of consumer spending and the inevitable reallocation of capital that followed.

Even if the U.S. government had forgiven all rent and mortgage payments, bailed out state budgets, kept food insecurity at its normal (scandalous) level — and suppressed the pandemic as effectively as the median European nation — we were still likely to be in for prolonged economic hardship. The present recession emerged from a public-health shock, not a structural imbalance in the financial system or real economy.

As a result of the failure to bring the COVID-19 pandemic under control, much of the money laid out in the original stimulus will now turn out to have been squandered on businesses unable to adapt, thrive, or even exist in the brave new world we are entering. Levitz lays out a few of the things that nobody seemed to consider.

[T]his assessment overestimated the government’s capacity to keep still-viable small businesses afloat for the duration of the outbreak — and ignored the possibility that the experience of living through a world-historic pandemic would foster permanent changes in consumer spending patterns. A world where remote working is permanently an order of magnitude more prevalent than it was pre-pandemic is one in which a wide variety of service businesses are no longer viable. Reallocating capital away from restaurants reliant on the high-volume patronage of office workers, or movie theaters, or airlines toward enterprises better suited to post-2020 consumer appetites will be a long and painful process. But this reality — that there is no way to breezily return to the economy as we knew it in January — was also always likely to be obscured by this summer’s economic data.

In other words, because of Trump’s failure to control the pandemic by mustering a coherent national response (the way most European countries have managed to), by Nov. 3 we are going to find ourselves pretty much back at square one—fundamentally no better off than we were in March of this year. As long as the pandemic rages unimpeded, there will be no economic rebound. The entire premise of the original stimulus package anticipated a gradual return to full “normality” by now. But thanks to Trump’s incompetence and the complete dearth of a federal effort (for testing, tracing, and quarantining, among other things) the pandemic continues unabated. As Levitz says: “The measures necessary for restoring economic normality after another several months of widespread lockdowns are more radical than our political class is prepared to imagine.”

They are indeed.  Which brings us back to Trump’s own Nero Decree—his loud insistence that American businesses and schools reopen without delay, the COVID-19 pandemic notwithstanding. It is a decree that is as potentially fatal to Americans and destructive to American society as Hitler’s was to Germany, but in this case it has the support of the Republican Party.

It’s impossible to know what Trump thinks he’s doing when he squeals again and again about reopening our businesses and schools at all costs, despite all medical and scientific evidence that the pandemic is simply getting worse and worse. But what he’s really doing is channeling the death gasps of trillions of dollars of capital held by a tiny number of billionaires who are only now perceiving the destruction looming on the horizon.

Jamelle Bouie wrote an incredibly perceptive op-ed for the The New York Times Friday, explaining what Trump’s blind push to reopen America really represents. It’s not some misguided belief that Americans may now safely return to the workplace, nor is it the illusion that the COVID-19 pandemic has been “tamed” or will be contained anytime soon. Trump and the Republicans enabling him (personified by Sen. McConnell) are simply reacting in horror to a massive, unprecedented, and unexpected shift in the relationship between labor and capital that this country is about to undergo thanks to the economic juggernaut of COVID-19.

Bouie aptly sums up the current status quo, which Trump and the GOP are trying to inflict through their relentless calls to reopen.

Workers are kept on edge — and willing to accept whatever wage is on offer — by the threat of immiseration. This, for politicians who back both big business and existing social relations, is a feature and not a bug of our economic system, since insecurity and desperation keep power in the hands of capital and its allies. Even something as modest as expanded unemployment benefits is a threat to that arrangement, as they give workers the power to say no to work they do not want.

We should keep all of this in mind as we try to understand the Trump administration’s response to the Covid-19 economic crisis, whether it is the hostility to more stimulus, the indifference to the mounting eviction crisis, the opposition to state budget aid, the drive to reopen businesses, or the current push to reopen public schools, even as the virus rages nearly out of control in huge sections of the country.

As Bouie observes, one can see Trump’s actions as purely self-motivated to salvage his reelection prospects, but this doesn’t explain the behavior of Republicans as a group. It doesn’t explain why they’re willing to risk immolating themselves and their party in November by pushing for policies that are obviously going to end up killing innumerable Americans as long as the pandemic continues to worsen. As Bouie says, the Republicans’ behavior needs to be understood in context of their donors’ vested interests.

A forced reopening helps keep the market afloat; it is what you would do if you were trying to protect capital from any serious losses. And it is exactly what you would expect from an administration whose central aim, beyond immigration restrictionism, is the upward redistribution of wealth to heirs, owners and industry.

And so schools have to open because parents have to work, and parents have to work because the president opposes any additional aid to American families, who might stay home and avoid the virus if they had the choice. This would raise the unemployment rate — possibly jeopardizing Mr. Trump’s chances for re-election — and redistribute power from employers to workers, while also strengthening the case for a robust and generous social safety net.

The very, very wealthy who pull the strings controlling the motions of nearly every Republican in elected office today are seeing the potential of staggering, permanent capital losses as a result of the COVID-19 pandemic. The only way they stem those losses is by getting Americans back to work for their businesses. They don’t want to talk about a Universal Living Wage; they don’t want to talk about publicly subsidized health care or child care; they don’t want to acknowledge the fact that most of the jobs permanently lost to this pandemic will be performed by robots or otherwise automated within 10 years. They just want people back to work. Now. That is their Nero Decree, their ultimatum, their final demand on us.

But their man in the White House has made that impossible. As Levitz states, “by the time the scale of our social disaster is clear enough to be seen from Capitol Hill, the measures necessary for relieving it will have to be nothing short of visionary.”

But we don’t have yet have a “visionary” in public office, at least not one in a position to implement the kind of changes that this catastrophe demands. We don’t even have a leader yet. Polling suggests that if Democrats fight hard and get out the vote this fall, Joe Biden has the potential to win a landslide victory, and possibly with a new Democratic Senate. But all that has to wait until Nov. 3, and even then, the president-elect and new Congress can’t do anything until Jan. 20, 2021.

Assuming this country isn’t already irrevocably spiraling into a full-blown depression by Election Day, we are still going to have to wait over two months before a newly elected, Democratic-controlled government takes the measures necessary to pull Americans out of what is going to be a very, very deep hole. In the meantime, millions of Americans will still be unable to safely go back to work, and in September, after a few tragic fits and starts (and no doubt some highly visible horror stories), our kids probably won’t be going back to school either—at least not in any physical way.

Trump and the Republicans have shown themselves to be completely incompetent to handle this crisis, and for the next six months Americans are going to be forced to live with the consequences of that malign incompetence. The Nov. 3 election can’t come soon enough. And unfortunately, that’s the biggest problem.