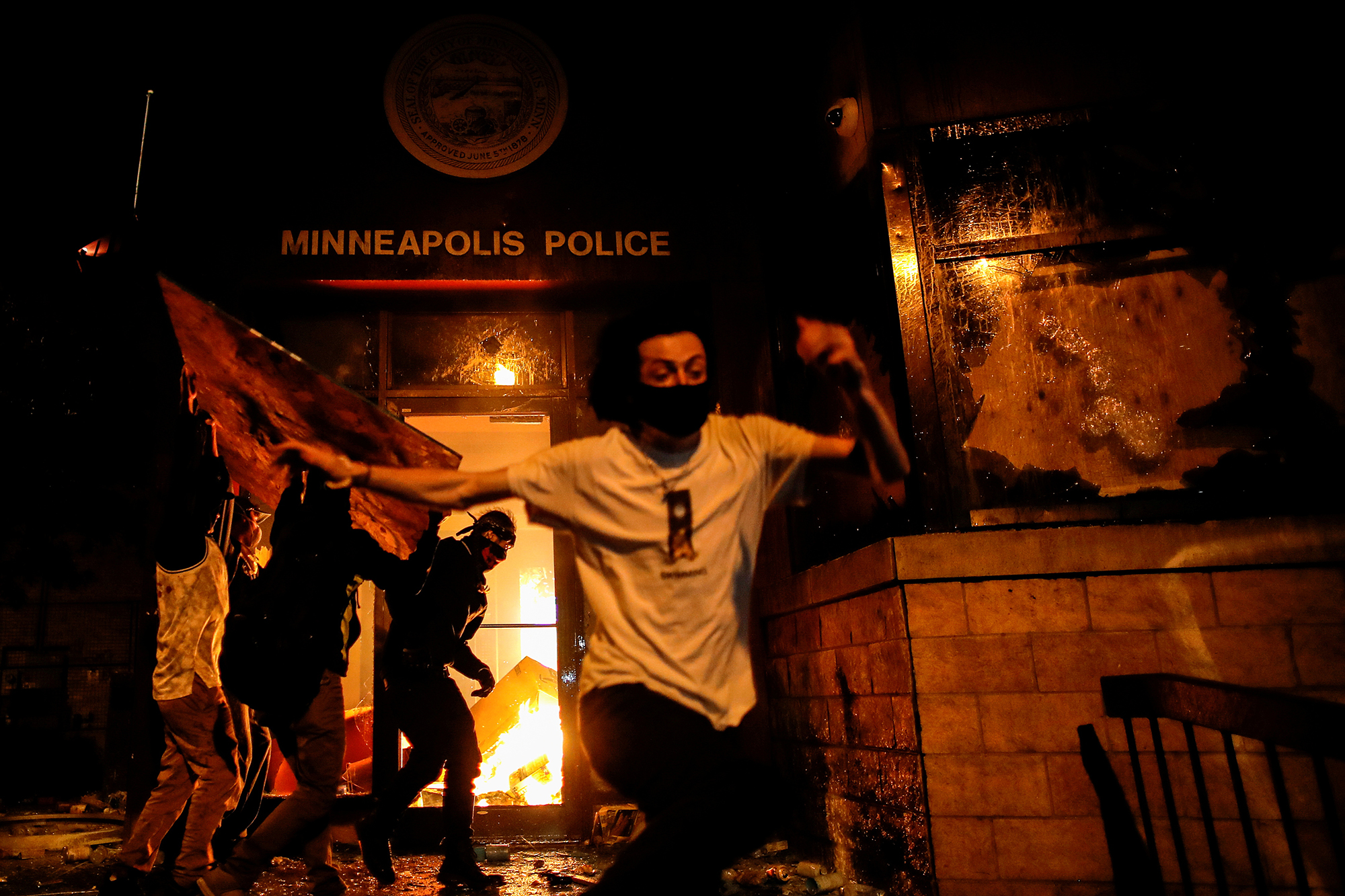 A man pleaded guilty on Thursday to helping set ablaze a Minneapolis police precinct during a George Floyd protest in May, a report said.

Bryce Williams, 26, of Minnesota, copped to a charge of conspiracy to commit arson in connection to the May 28 fire at the Third Precinct, the Star Tribune reported.

Williams helped torch a Molotov cocktail, which was then tossed inside the precinct by another man, the charges say.

He also tossed a box onto an existing fire outside the precinct’s entrance, according to the charges.

Three other men were charged in the same indictment with breaching a perimeter fence and setting fire to the precinct. But, Williams, so far, is the only one who pleaded guilty.

Protesters had been targeting the Third Precinct, where the four since-fired Minneapolis police officers charged in connection to the killing of Floyd had worked.

Last month, Ivan Hunter, 26, a member of the extremist Boogaloo Bois was charged with firing 13 rounds from an AK-47 into the precinct on the same night it was burned down.

Tags:guilty, helping, minneapolis, pleads, police, precinct
We use cookies on our website to give you the most relevant experience by remembering your preferences and repeat visits. By clicking “Accept All”, you consent to the use of ALL the cookies. However, you may visit "Cookie Settings" to provide a controlled consent.
Cookie SettingsAccept All
Manage consent