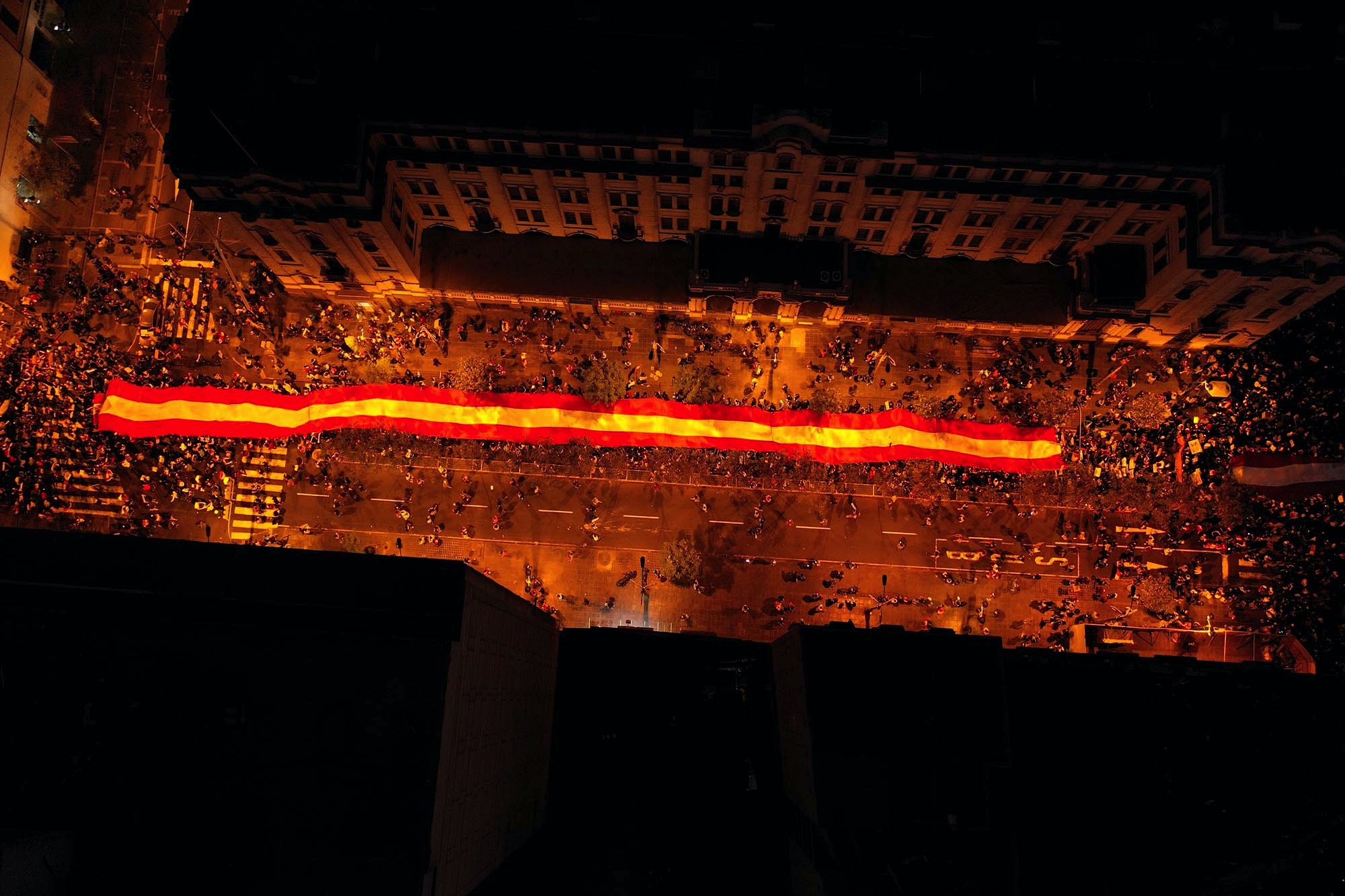 Thousands of Peruvians rallied in the country’s capital Saturday against the interim government of President Manuel Merino in protests that have left at least one person dead, authorities said.

Peru’s social security institute and doctors said a 25-year-old man was apparently killed by gunshot wounds during the increasingly violent demonstrations against the sudden removal by congress of now former President Martin Vizcarra.

Speaking to a local radio station, Merino, 59, denied the protests were against him, saying they were young people protesting unemployment and not being able to complete their studies amid the coronavirus pandemic.

In Lima, more than 5,000 protesters wore masks and carried signs that read “Merino is not my president.” Protests have also been held in the main cities of the Andes and the Amazon.

Merino assumed power on Monday after Congress removed the popular Vizcarra from the presidency using a vague “permanent moral incapacity” clause. Lawmakers complained about his handling of the pandemic and accusing him of corruption.

The shock vote drew condemnation from international rights groups who warned that the powerful legislature may have violated the constitution and jeopardized Peru’s democracy.

The move has also sparked five days of protests unlike any seen in recent years, fueled largely by young people typically apathetic to the country’s notoriously turbulent politics who saw the ouster as a power grab by lawmakers, many of whom were being investigated for corruption under Vizcarra’s government.

Tags:against, during, fatally, President, protests
We use cookies on our website to give you the most relevant experience by remembering your preferences and repeat visits. By clicking “Accept All”, you consent to the use of ALL the cookies. However, you may visit "Cookie Settings" to provide a controlled consent.
Cookie SettingsAccept All
Manage consent