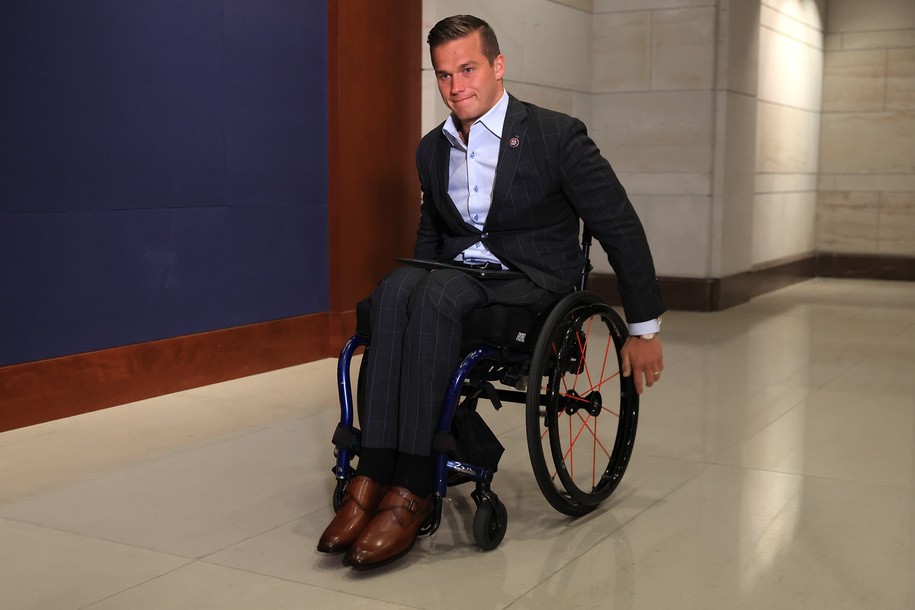 In fact, Rep. Carolyn Bourdeaux, a first-year Democrat from Georgia’s 7th district, is the real first freshman member to pass a bill as the lead sponsor in the 117th Congress.

Rep. Bourdeaux proposed and wrote H.R. 1799, the PPP Extension Act of 2021. She introduced it on March 11 and it passed through the House on March 16, 2021. It was signed by President Joe Biden into law on March 30, 2021. In fact, with the exception of three Republican representatives, everyone, including Madison Cawthorn, voted for it.

Cawthorn, because he’s a dirtbag and a liar who is unable to be anything but a dirtbag and a liar, followed up with a correction tweet, saying “Spoke too soon! Turns out @RepGarbarino holds the honor of first Republican Freshman! Massive shoutout to him and his team! Very proud to be among the first!” Of course, Cawthorn isn’t the first or second or even third freshman legislator in this Congress to pass a bill. He’s not even the fourth, by the way.

That’s interesting. So, besides not being the hard worker he lies about being, the record shows that he is actually, arguably, the single laziest member in the 117th Congress. None of this is a surprise to anyone even superficially following Madison Cawthorn’s short and lie-filed career. Cawthorn has lied about his potential athletic ambitions and actions, he’s lied about his business acumen, and he has lied about his admission to a naval academy—lying and saying that the terrible accident that took the use of his legs was the reason he didn’t pursue that educational avenue.

Here’s another note: Republican Carlos Gimenez of Florida had H.R. 397 pass through the House on April 20, 2021. It is a Homeland Security bill that purports to codify chemical, biological, radiological, and nuclear intelligence and information-sharing between the Office of Intelligence and Analysis of the Department of Homeland Security. Even that bill was only able to pass  because Democratic Rep. Jamie Raskin of Maryland came up with a way of greasing the wheels of legislation, after Cawthorn’s fellow dirtbag Republican Marjorie Taylor Greene promised to make every possible thing on the House floor an individual voting affair in order to stop Congress from doing the job it was elected to do for the American people.

As for Cawthorn’s legislation, the one that passed the House on Tuesday and he took credit for: It was written and introduced into the House on March 23, 2021 by Democratic Rep. Mikie Sherrill of New Jersey. Sherrill is a real-life former Naval helicopter pilot, not a “lied about being rejected by the Naval Academy” lying liar person like Madison Cawthorn. Rep. Cawthorn got a few lines from one of his going-nowhere bills added into the amendment list of a bill that Democratic representatives did the heavy lifting on.

On the morning of Jan. 6, 2021, Madison Cawthorn spoke at the Stop the Steal rally in Washington, D.C., just hours before those people he was telling that the “Constitution was violated” overran the Capitol building and attempted to end our democratic process of presidential succession. That’s the most action Cawthorn has participated in politically as a freshman.