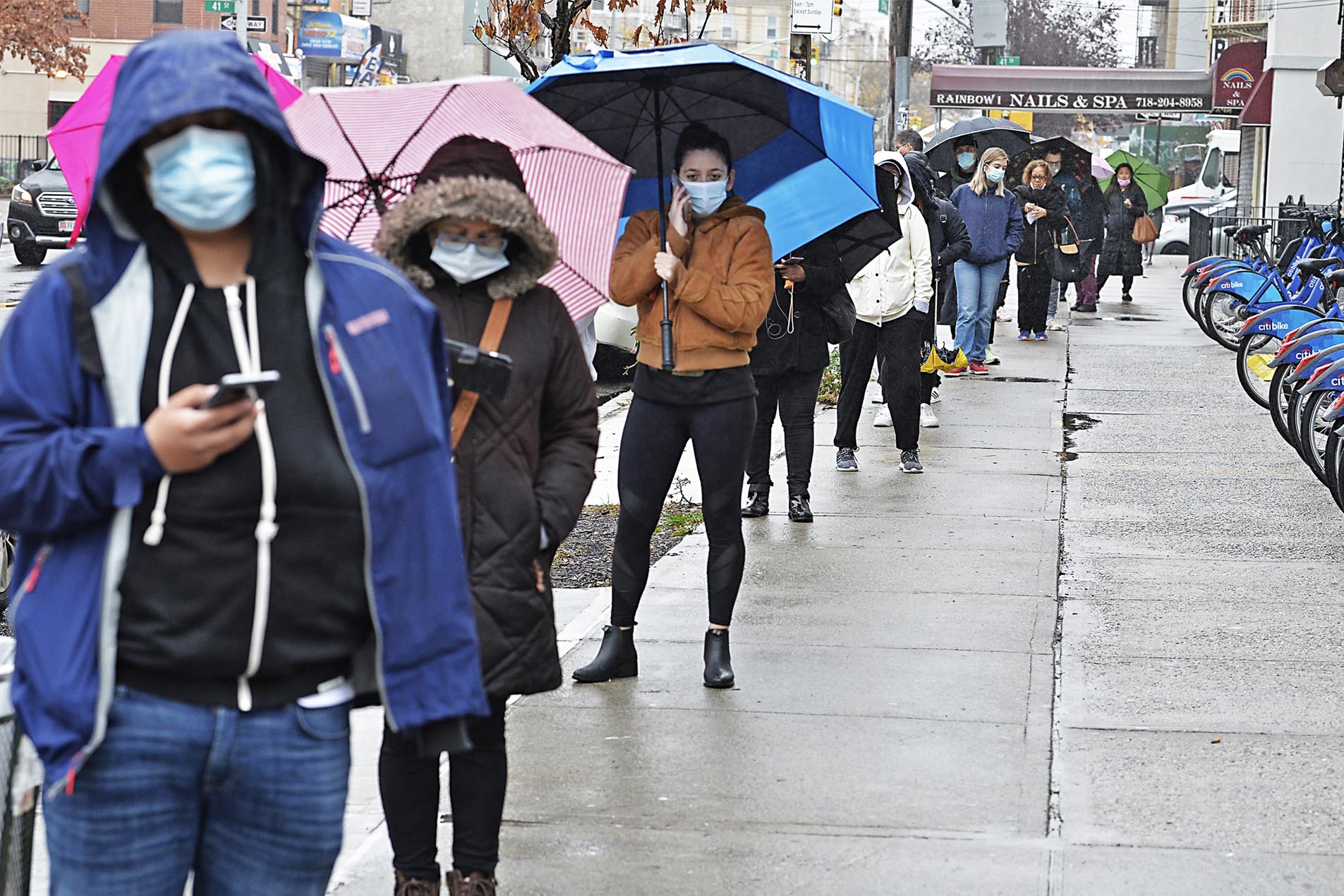 New Yorkers are braving increasingly long lines in the rain to get tested for COVID-19, as officials brace for a second wave of the deadly virus.

At CityMD Astoria Urgent Care on Steinway Street, 40 people stood in a steady drizzle while waiting on a line that wraps around the corner Friday afternoon.

“I’ve been waiting for over two hours. I’m freezing. The city should have more trucks and mobile centers open, when I came three weeks ago, I waited ten minutes to get tested. I flew in from North Carolina yesterday and I wanted to get the test done. It’s been very slow,” said 29-year-old Sandy Rosas.

A 35-year-old woman who only gave her name as Cindy said she needs a test to go back to work.

“I work at a doctor’s office. It would be great if we didn’t have to wait so long but I don’t have a choice,” she told the Post.

James Sanborn, 46, from Queens was at the end of the line.

“I’m here because I traveled last weekend and I have to get [tested] to get out of quarantine. The numbers are surging so I think it’s nice to see people trying to be responsible in New York; keep the numbers down and keep everyone safe,” he said.

“Hopefully there will be a vaccine at some point And we will not see this (long lines for testing) as much.”

At the Forest Hills CityMD on Austin Street, 40 more people faced a long wait in the elements.

“They really need to get more free testing facilities. That way a lot more people will get tested. I need to get tested for my company. I just prepared myself for the wait,” Kristin Haid says.

However, CityMD is scaling down its testing instead of ramping it up.

In an email to patients, it explains: “Our site staff and doctors have been seeing patients well beyond normal closing time for months now and we’ve reached the point where they are sacrificing their own safety and health… therefore beginning Monday, November 16, we are adjusting the operating hours at all CityMD locations, closing 90 minutes earlier.”

CityMD did not respond to the Post’s request for comment.

More than 1,000 new cases of coronavirus have been identified in the city every day this week, with a seven day average of 2.3%. That number hasn’t been seen since May, according to the state’s Health Department.

Tags:cases, covid, lines, sites, spike, testing
We use cookies on our website to give you the most relevant experience by remembering your preferences and repeat visits. By clicking “Accept All”, you consent to the use of ALL the cookies. However, you may visit "Cookie Settings" to provide a controlled consent.
Cookie SettingsAccept All
Manage consent